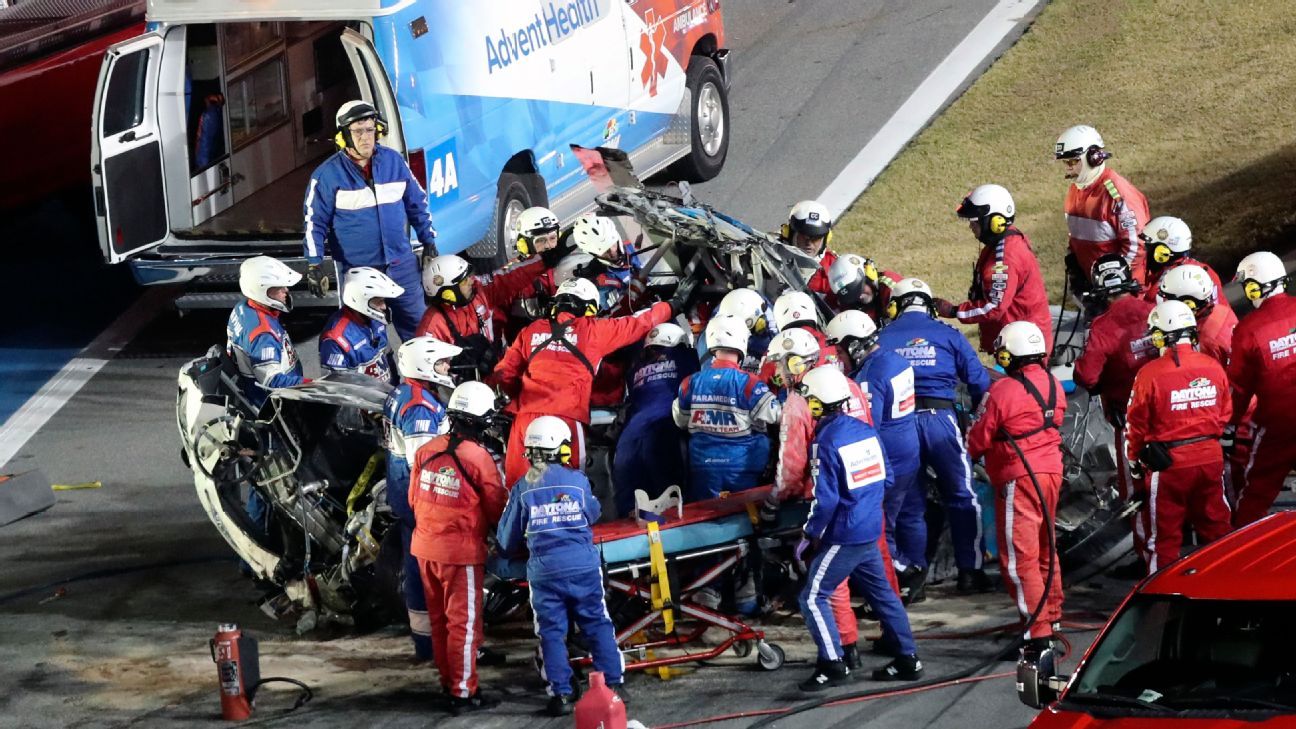 Ryan Newman is being treated for a head injury but suffered no internal injuries during Monday’s violent crash at the end of the Daytona 500.

Newman said in a statement released by Roush Fenway Racing on Sunday that he intends to return to racing this season.

“Ryan’s objectives have not changed this year,” Roush Fenway Racing president Steve Newmark told reporters. “His goal is to win the 2020 Cup Championship.”

Newmark added that there is no timeline for Newman’s return.

Newman had been hospitalized when, on the final lap of the Daytona 500, his car went airborne, was hit by another car to send it airborne a second time, rolled upside down and landed on its roof in flames.

It took more than 15 minutes for Newman to be taken out of the car, and he spent two nights in the Halifax Medical Center before being released Wednesday.

In his statement Sunday, Newman noted his appreciation for the support he has received since the crash.

Ross Chastain is scheduled to drive Newman’s No. 6 Ford on Sunday at Las Vegas Motor Speedway, where Newman’s 649 consecutive race streak, dating to the 2002 Daytona 500, will end.