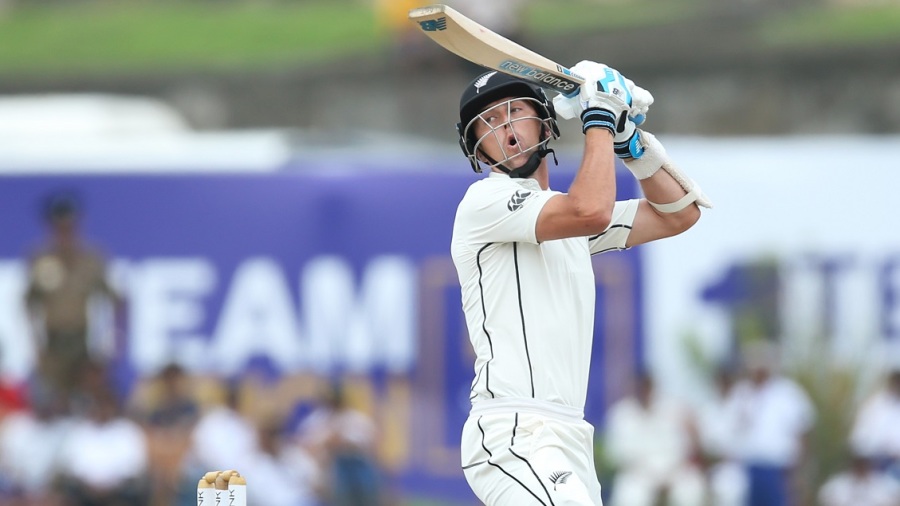 India’s attempts at a roaring comeback in the basin Reserve Test were thwarted by a quick 71-run stand for the eighth wicket between Colin de Grandhomme and Kyle Jamieson. After his four-wicket haul with the ball, Jamieson ended up with the highest score for a debuting No. 9 for New Zealand: 44, off just 45 balls. If Jamieson left some exposed wounds, a dancing comedy act of a 24-ball 38, complete with sound effects, from Trent Boult sprinkled salt into them. However, it was de Grandhomme’s solid batting that would have soothed the New Zealand nerves after India took two wickets in the first 20 balls of the day.

Having started the day 51 ahead with five wickets in hand, New Zealand ended up with a lead of 183. If there was a consolation for India, it was that nowhere in the world does first-innings lead count for less than in New Zealand because the surfaces there allow for second-innings comebacks.

If there was a concern for India, it was that this was not exactly the typical New Zealand surface. That much was evident as the first ball of the day reared off from just short of a length to hit the shoulder of BJ Watling’s bat for Bumrah’s first wicket in his last 294 legal deliveries in international cricket. When Tim Southee soon chipped a filthy half-volley down the leg side straight to fine leg, India were only 60 behind and hopeful of a strong comeback.

It helped that the old ball was still seaming around a touch, and the new ball was just around the corner. With three overs to go to the new ball, de Grandhomme decided to transfer the pressure back with a lofted off-drive off Ishant Sharma. Immediately Jamieson announced himself with a disdainfully pulled six off Mohammed Shami, who has looked off colour all match. Having seen Bumrah find some of his touch, India went to him with the new ball, but he bowled too straight and too full in the first over to concede two boundaries. Just like that, the lead was above 90 and India couldn’t have afforded to go all out on the attack with the new ball.

This is when Jamieson displayed excellent balance at the wicket, and an organised technique to play both off the front and back foot. With Shami still struggling to find consistent lengths, New Zealand raced away against the new ball. Shami conceded 25 in his five overs, three of those with the new ball.

After the first hour, India were in damage control as they went to R Ashwin, who began the day at a disadvantage. He had been a handful on day two with a dry spot on a good length allowing him turn and bounce. However, the wind had switched to the Southerly on the third morning, which meant the fast bowlers got that end and Ashwin had to bowl from the Pavilion End where he found no assistance. Accordingly, Jamieson slogged him for two sixes over midwicket.

However, Ashwin’s experience came into play here. He went around the wicket to stem the flow of runs, and when Jamieson went for a third six, the ball angling across him got a thick outside edge for a catch at long-on. de Grandhomme was not done yet, but eventually India’s biggest weapon – an innocuous delivery down leg – came to their rescue, giving them a third wicket off such deliveries. It also meant Kane Williamson remained the only man to have scored a half-century in the Test.

But there was no respite for India, who had begun to switch off, as seen by the fielders who had not been coming up to prevent a single off the last ball of the over to keep de Grandhomme at the non-striker’s end. Boult hardly played a ball standing still. He backed away, he shuffled across, but he middled almost every hit, flat-batting a short ball through mid-off, crunching a drive, lofting Ashwin, steering, pulling, nudging. After almost every ball he made a sound, depending on how well he had played it or if the bowler had managed to surprise him.

In the 38-run last-wicket stand, Ajaz Patel scored no run. Eventually Sharma switched to around the wicket to get Boult with a bouncer to end up with a five-for in a match doctors initially didn’t give him a chance to play.