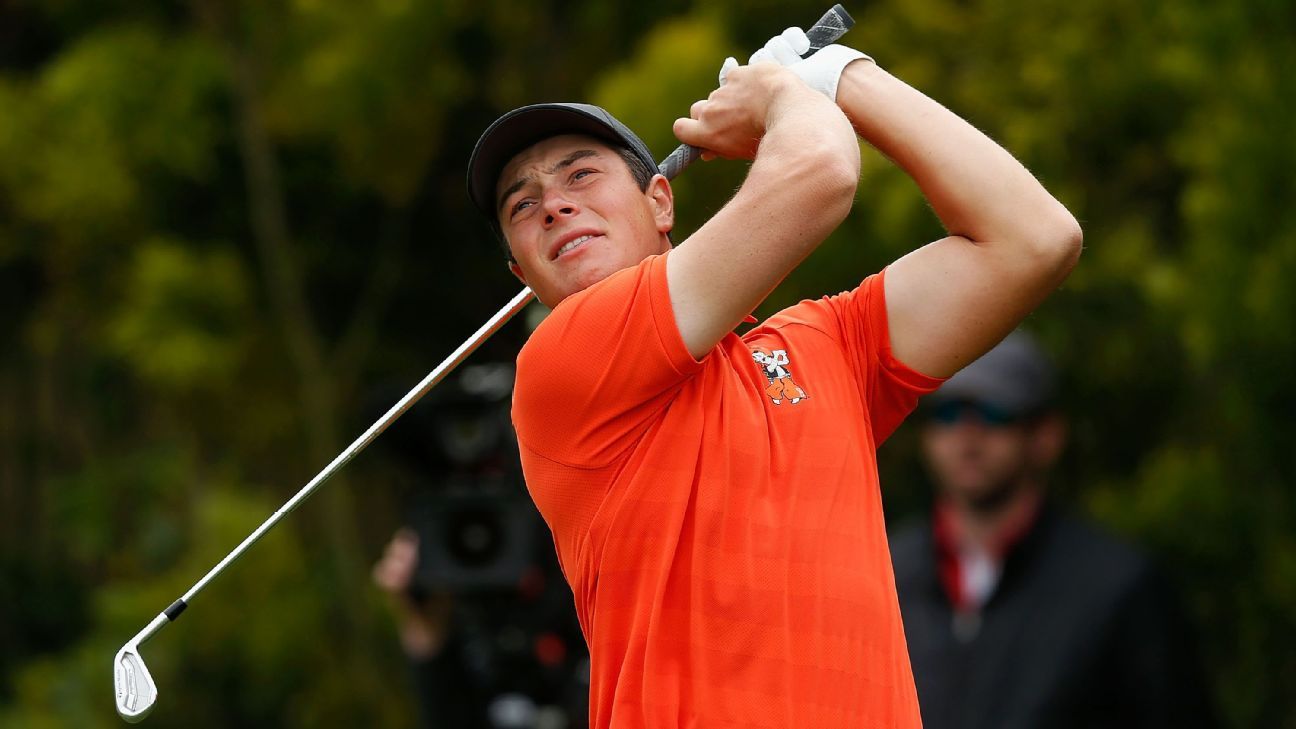 RIO GRANDE, Puerto Rico — Viktor Hovland won the Puerto Rico Open on Sunday to become the first Norwegian winner in PGA Tour history, chipping in for eagle on the par-5 15th and racing in a 30-footer for birdie on the par-5 18th for a one-stroke victory over Josh Teater.

“The only or the first person to play out here was Henry Bjornstad,” Hovland said. “I grew up kind of watching him play or following the scores online. So to kind of follow his footsteps and be able to win kind of the first tournament for Norway is really special. A bunch of my friends and just normal people from back home paying attention, which is a lot more than I could ask for.”

Hovland overcame a muddy triple bogey on the par-3 11th with the late surge at windy Coco Beach. The 22-year-old former Oklahoma State star shot a 2-under 70 to finish at 20-under 268.

“It feels crazy being here,” Hovland said. “It was certainly a day of lots of ups and downs.”

Teater closed with a 69 for a career-best second. He rebounded from bogeys on Nos. 10 and 11 with birdies on 15 and 17 in the tournament played opposite the World Golf Championship event in Mexico.

“Hats off to Viktor, that’s a great putt,” Teater said. “Actually, heard it on the radio that it went in before I saw it on TV. He’s a great player and we’re going to see it more often.”

Hovland earned $540,000, a full tour exemption through the 2021-22 season and spots in the PGA Championship and The Players Championship. He won in his 17th start on the tour.

“I was just thinking about trying to play as well as I could today and trying to get the job done,” Hovland said. “I hadn’t really thought about the perks yet, but I’m sure it’s going to be nice to get into some of the events that I wasn’t already qualified for.”

Hovland shot a 64 on Saturday to take a one-stroke lead into the final round. He earned a PGA Tour card last year in the Korn Ferry Tour Finals after winning the 2018 U.S. Amateur at Pebble Beach, then sweeping low amateur honors at the Masters and U.S. Open.

Kyle Stanley, Sam Ryder and Emiliano Grillo tied for third at 15 under. Stanley had a 68, and Ryder and Grillo shot 69.

Martin Laird, a shot behind Hovland entering the day, closed with a 75 to tie for sixth at 14 under with Matthew NeSmith (67) and Ted Potter Jr. (69). Jhonattan Vegas shot a course-record 62 to reach 13 under.

Hovland is the first rookie winner this season, snapping a streak of 18 events to start the season without rookie victory — the longest since 2009.