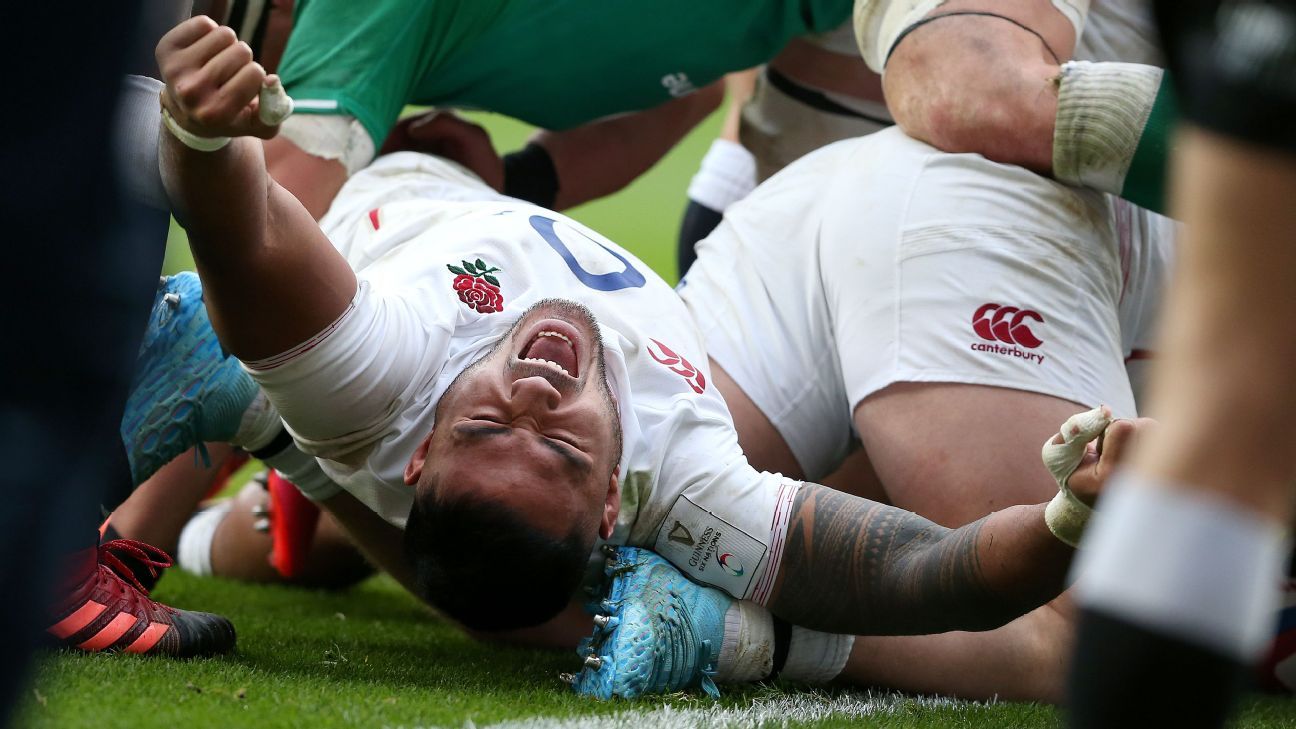 TWICKENHAM — England’s Rugby World Cup hangover has finally ended. Those headaches of defeat in the final by South Africa are now cleared as England dispatched Ireland — previously unbeaten in this year’s Six Nations championship — with a ruthless display of power, intensity and relentless focus.

Eddie Jones spoke in the week of wanting his team to thrive while ‘on the edge’: those moments in life where you are at the top of the rollercoaster, waiting for the descent with slight nausea but also excitement. The ‘edge’ invokes those old maxims of fight or flight, sink or swim. Whatever the analogy Jones delivered to his team, they responded positively as they looked more like the side that came within one step of rugby immortality in Japan and less the team that started this Six Nations with nervous trepidation.

England played this match on the ‘edge’, seeking Ireland’s players by running out of the defensive line, and more often than not succeeding. Their kicking strategy was based on pinning Ireland back in their 22 and then exploiting space. Twice this paid off for tries. First Ben Youngs’ kick through befuddled Johnny Sexton who juggled but went on to lose it in his own in-goal area to allow George Ford to dot down.

But there was the subplot of Jones’ team selection. It was unconventional, on the edge and risky. Jones was right after all. “I don’t need vindication,” was his retort to whether he felt he had answered critics. Square pegs in round holes? No, just a different perception of a player’s strengths. Courtney Lawes, usually a lock, was monumental at blindside flanker. Jonathan Joseph, an outside centre, was efficient and defensively sound on the wing while Tom Curry continues to grow as a No.8. And Jones even played Charlie Ewels, a lock, off the bench at No.8 as if to hammer home his view the game is now becoming ever more suited and reliant on hybrid players. And so, too, his constant reiteration the game is now a 23-man sport, that those in numbers 16 to 23 are just as important as 1 to 15. They brought on Joe Launchbury, who won a maul penalty. Ellis Genge destroyed Ireland’s scrum off the bench. Luke Cowan-Dickie powered over for his try, the very definition of Jones’ “finisher” tag.

England’s pack laid the foundations. Lawes and Maro Itoje were exceptional. Lawes was used as much for his carrying, as his ankle-chopping tackles. He broke Ireland’s gainline, and constantly drew in more than his fair share of defenders. “He’s a fine player,” was Jones’ succinct assessment of his performance. Itoje, arguably the greatest forward in the northern hemisphere, was magnificent, a constant menace around the field, living everything on a knife-edge. Youngs was accurate at scrum-half, while Jonny May was astute in defence and dangerous in attack.

And then the captain, Owen Farrell. It was billed as (Owen) Farrell versus (Andy) Farrell, England captain against Ireland coach. Andy Farrell was left saying he needed to have a look at himself after this defeat; Owen Farrell was left exasperated about questions around whether this week had any added pressures. “It was not any different from any other game I’ve played in,” Farrell said post-match.

As fine a player as we know Farrell is, he is also growing as a Test captain. Listening to his interactions with referee Jaco Peyper, his constant message – which he discussed in Saturday’s pre-match meeting with the official — was around Ireland’s tendency to be slow rolling away from the tackle area. On the field, he completely outplayed opposition captain Sexton, who had a miserable day.

Ireland, meanwhile, have gone from taking two steps forward under Andy Farrell to a couple back. Wins over Scotland then Wales in Dublin had got their Six Nations off to the perfect start, but this defeat re-opened their own Rugby World Cup wounds. Farrell will be learning and hurting as Ireland head coach after this defeat. They can still win the Six Nations title, but will need to power past Italy and then beat undefeated France, in Paris. To achieve that, they must start with John Cooney at scrum-half.

In short, England strangled Ireland, forced mistakes and pounced on the spoils. They were dominant in every facet of the game, and it started from the get go as they won the early aerial battle, put in hit after hit and from there they prospered.

Although Jones was disappointed with aspects of their second-half performance, the first half was a nod in intensity to what we saw at the World Cup in those wins over Australia and New Zealand in the quarterfinal and semifinal respectively. “We would have declared at half time had this been a cricket match,” Jones said.

When Jones unveiled his squad for this Six Nations, he addressed the need to cope with post-World Cup heartbreak, and challenged his team to become the greatest side the game has ever seen. This win completed the first task. The second is still a work in progress, but this was the first noticeable, tangible, step forward by this new-look England side. Now they need to push on against Wales at Twickenham in two weeks’ time and ensure the final day becomes a points-chase, with England in Rome, and France at home against Ireland.

Some teams panic at playing on the edge, this England team thrive on it.