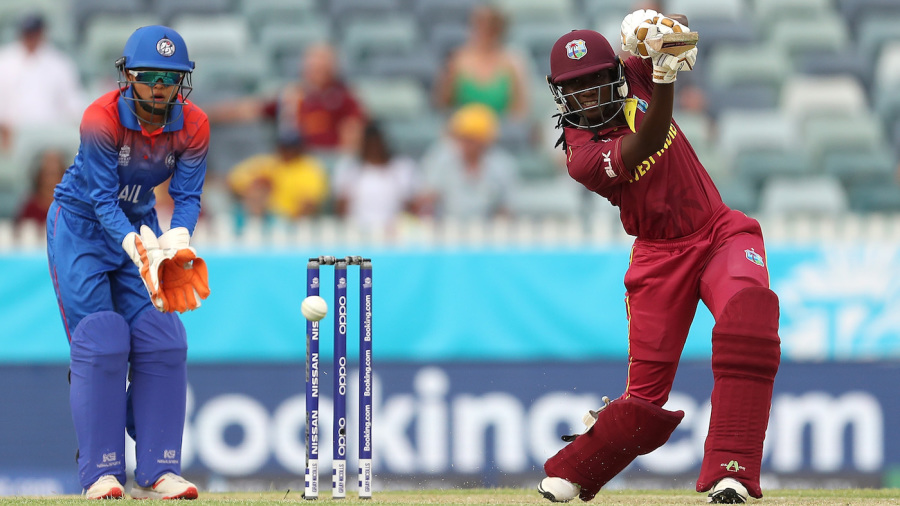 West Indies opened their T20 World Cup campaign with a win they would have expected, though not without a sizeable fright chasing a small target against a Thailand combination that lost their first ever match at an ICC global event but won plenty of friends along the way at the WACA Ground in Perth.

If Thailand’s batting order found themselves struggling to handle the pace and bounce of a pitch that could not have been more different to that prepared for the opening night on the other side of the continent, they bowled and fielded with tremendous skill, determination and no little flare to have the West Indies in early trouble in their chase. But for a DRS reprieve for Shemaine Campbelle, West Indies may have been 4 for 27 chasing 79 to win.

As it was, Campbelle and the captain Stafanie Taylor had to work extremely hard to build the partnership that closed out the fixture, allowing West Indies to notch a valuable opening victory. As for Thailand, they now know they belong among the world’s best company, and other sides will need to be wary.

Less than 24 hours after the tournament favourites Australia were spun out by India on a Sydney Showgrounds pitch that was so slow and low as to be almost subterranean, the T20 World Cup debutants from Thailand found themselves batting in WACA conditions that offered steep bounce and pace to West Indies. While the Thailand captain Sornnarin Tippoch had no hesitation about choosing to bat, the early going suggested that this surface required quite an adjustment.

The new ball fizzed through with some swing, often being taken at hip height and higher by Campbelle, and it was no surprise to see openers Nattaya Boochatham and Nattakan Chantam dismissed when they both failed to ride the bounce – Chantam first being able to connect with a pair of handsome drives through cover point. These early incisions allowed West Indies to more or less dictate terms, placing a clamp on the run rate and restricting the flow of boundaries.

Nannapat Koncharoenkai proved herself a dependable No. 3 for Thailand, hanging around for 33 runs and offering the innings the spine that it required, albeit without ever really threatening West Indies in terms of run rate. Any hopes of late acceleration were to be snuffed out by Taylor, who with her accurate offspin cut a swathe through the middle and lower order.

She started with the key wicket of her opposite number, Tippoch, who dragged an attempted slog sweep onto the stumps. Two more victims gave Taylor 3 for 13 and the assurance that Thailand, having scrambled to 2 for 46 after 11.1 overs, could add only another 32 runs for the loss of seven wickets in the remaining 53 deliveries of the innings.