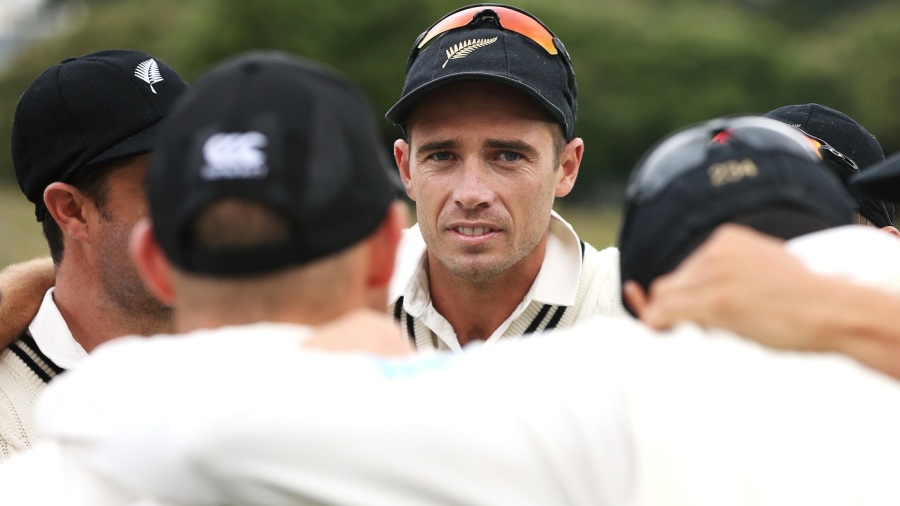 In bright sunshine on the second morning, Ajinkya Rahane and India had a strange half session of Test cricket. Rahane first ran Rishabh Pant out, then got out caught at the wicket when leaving the ball, and India lost five wickets for the addition of just 43 runs. After Kyle Jamieson’s excellent debut on the first day, it was the veteran Tim Southee causing most of the damage on the second morning, that too running into the wind.

In the fourth over of the day, Rahane looked for a typical quick single after hitting to point. It should have been Pant’s call, but Rahane kept on running, which meant the lesser batsmen of the two had to risk his wicket by running as well. Unfortunately for Pant, Ajaz Patel’s shy from point hit the only stump visible just about hard enough to nudge the bail off. The next ball was a perfect outswinger from Southee, hitting that same stump to send R Ashwin back. This was a repeat of the Prithvi Shaw dismissal; neither of these batsmen likes a big front-foot movement.

Rahane had been superb in defence on the first day, but now he had to open up a little since he had the tail for company. A top edge off Trent Boult fell just short of fine leg before Southee went wide on the crease to create confusion. Rahane knew he had to cover for the scrambled-seam inswinger too, which meant he was late in withdrawing the bat as he left an outswinger alone. It was enough for the ball to kiss the inside edge and dismiss Rahane four short of a fifty.

Mohammed Shami went on to frustrate Southee for a bit, but in the end the last two were split by Jamieson and Southee.