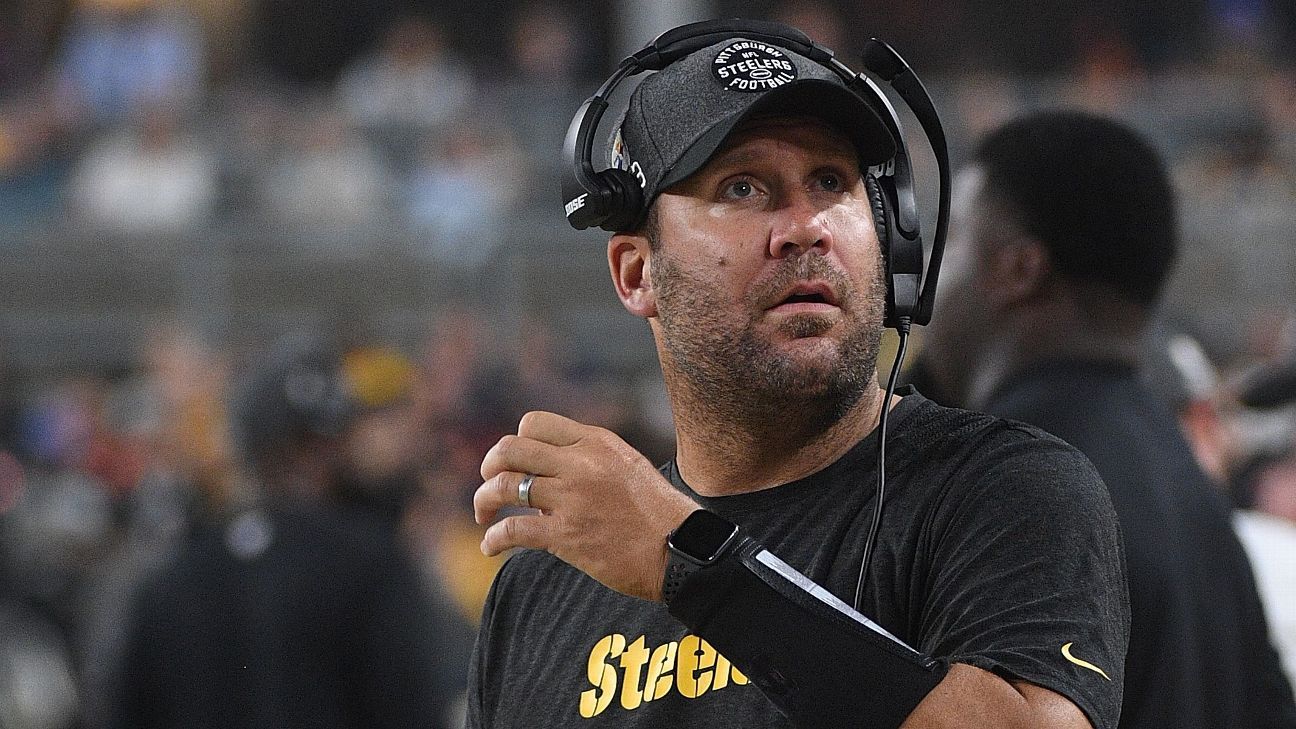 The Steelers quarterback, who had surgery on his elbow in late September, was seen throwing a football in a gym in a video posted on Twitter by the team on Saturday afternoon.

Roethlisberger was scheduled to have a significant checkup on the elbow Friday in Los Angeles. Prior to the appointment, coach Mike Tomlin said he had “no hesitation” that Roethlisberger would be ready to go by the season.

“This guy is the ultimate competitor,” Tomlin said on First Take. “He’s dropped the gauntlet down, he’s made a statement that he’s coming back — and I look forward to watching him answer that challenge.”

“We’re just really focused on where Ben is at this point,” Colbert told local media recently. “Unfortunately, he had a season-ending injury that we think he can and will recover from moving forward. It’s just a wait-and-see.

“He had an injury to his right arm, but other than that, he’s relatively healthy. We’re not minimizing the right arm injury to a right arm quarterback, but we don’t think he’s at the end of the road.”