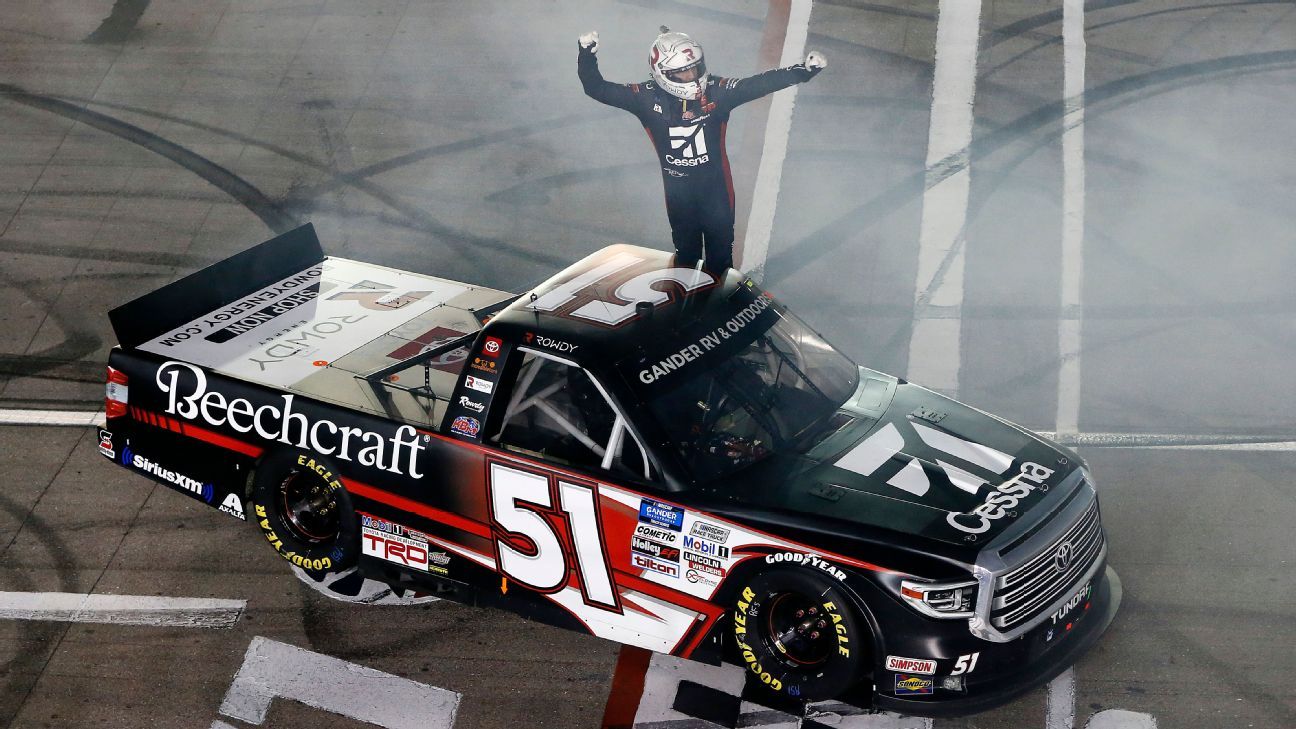 The reigning NASCAR Cup Series champion swept both stages and finished 5.958 seconds ahead of Johnny Sauter. Busch started the streak in 2018 at Pocono and won all five races he entered last season.

“It was the first win for (crew chief) Danny Stockman at KBM, and it’s cool to have him on board,” Busch said. “My guys worked their butts off. We unloaded and we really weren’t that close. We worked on it a lot with this new tire, and we got it a lot better. We kind of showed that with the last long run.”

Austin Hill was third, followed by defending series champion Matt Crafton and Ben Rhodes. Grant Enfinger, who opened the season with an overtime victory at Daytona, did not finish after an accident with 43 laps to go.

Christian Eckes was right behind Busch in the opening two stages, but he finished 23rd after an early final-stage wreck.

“I don’t know why but we just couldn’t fire off on the restarts,” Busch said. “We just didn’t have any speed. Once we got about 10 laps in, we started to check away from everybody. This Tundra was awesome — it really had great long-run speed.”

Sheldon Creed challenged Busch after the final restart, running side by side with the race winner and leading Laps 96 and 97, but Creed got loose under Busch’s No. 51 Toyota on Lap 98, surrendered the top spot and fell to 10th at the finish.

‘The disrespect’: James Harden reacts to being left off All-Star roster
UFC trans-Tasman Power Rankings: Who makes the top 10 in Oceania?
LeBron closes in on Kareem as Lakers rally late
Atsu rescued after Turkey earthquake – club VP
The Bulls enter the NBA trade deadline at a crossroads