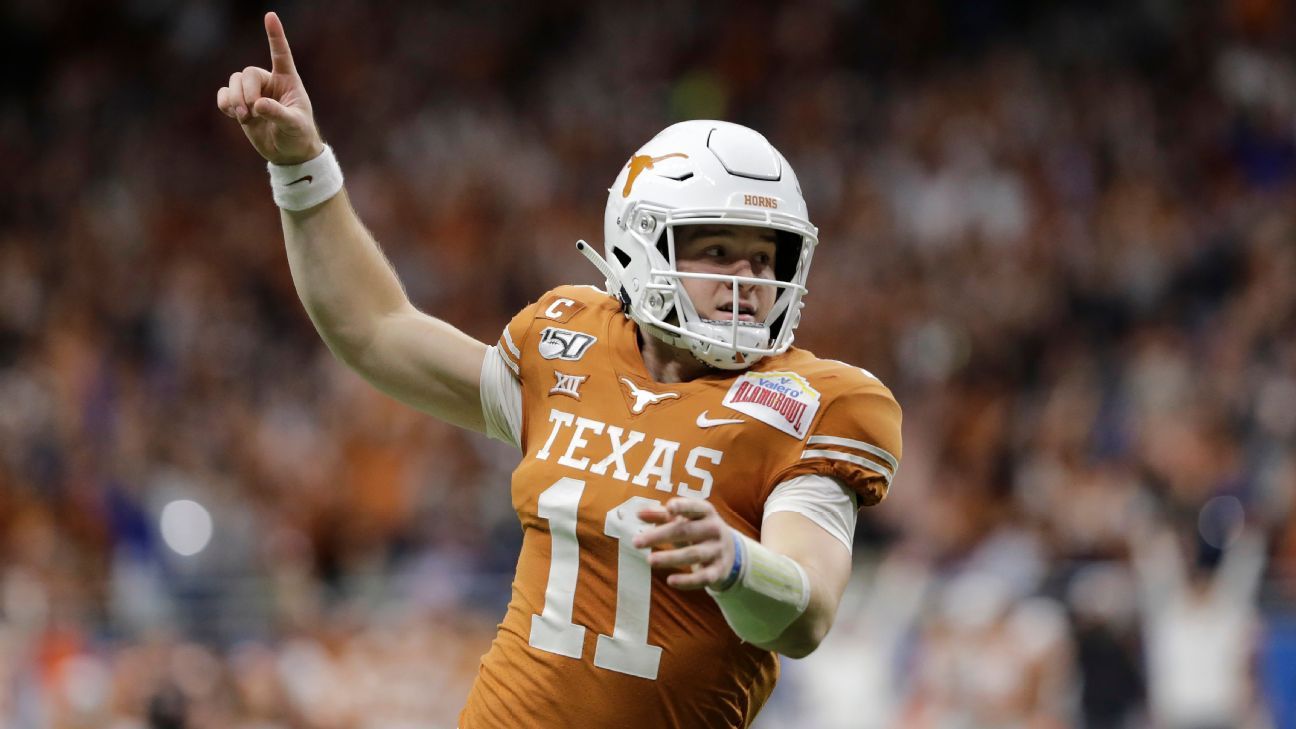 College football teams are turning the page to the 2020 season. For several of the sport’s historic programs, the urgency to improve is greater than ever. We are examining four teams that have fallen on hard times and diagnosing what each needs to do to get back on track this fall.

After breaking down USC, Nebraska and Florida State, we complete the series with the Texas Longhorns. Texas was supposed to be back, at least according to quarterback Sam Ehlinger, after a 2018 season that ended with a Big 12 championship game appearance and a Sugar Bowl win over Georgia. But the team slipped last year, going 7-5 in the regular season before a dominant Alamo Bowl win against Utah.

Coach Tom Herman replaced most of his staff, including both coordinators, and enters a pivotal fourth year. Since losing to Alabama in the BCS championship in 2009, Texas has no Big 12 titles or College Football Playoff appearances, only one season of 10 or more wins and only three AP Top-25 finishes.

For Texas to return to its heyday, it hopes its recruiting gains translate to an overdue breakthrough season in Ehlinger’s fourth year as a starter.