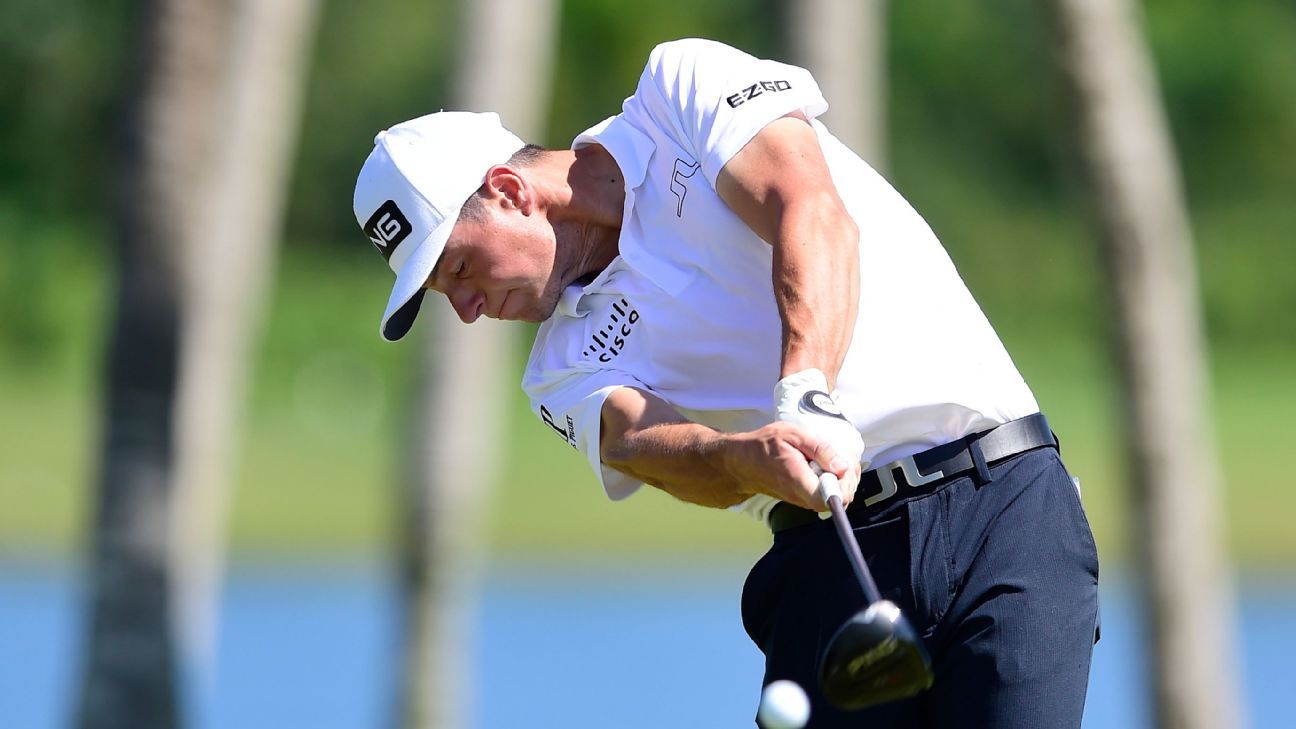 RIO GRANDE, Puerto Rico — PGA Tour rookie Viktor Hovland shot an 8-under 64 on Saturday to take a one-stroke lead into the final round of the windy Puerto Rico Open.

“Hopefully, I just continue doing what I have been doing the first three days,” Hovland said. “It would be unbelievable to have won on the tour already, but I’m just worried about tomorrow. Hopefully, I can hit some good shots and make some putts.”

The 22-year-old Norwegian starred at Oklahoma State, winning the 2018 U.S. Amateur at Pebble Beach, then sweeping low amateur honors at the Masters and U.S. Open. He birdied all four par-5 holes at Coco Beach, the last on the 18th for a back-nine 31 and 18-under 198 total.

“I played really well today, kind of the same round as the last two, just been playing really solid off the tee and been hitting a lot of really good iron shots into the greens,” Hovland said. “Early on in the round I didn’t really make that many putts, but I did a really good job of just staying calm. Thankfully, on the back nine I started making a couple putts and got me going.”

“Today was a great day, putts were going in,” Laird said. “I’ve been hitting it great all week. Yesterday, I hit it just as good and just putts were all over the hole and didn’t go in and then today, they did. Nice bonus on 10. Holing a wedge is always a little boost.”

Josh Teater was two strokes back at 16 under after a 66.