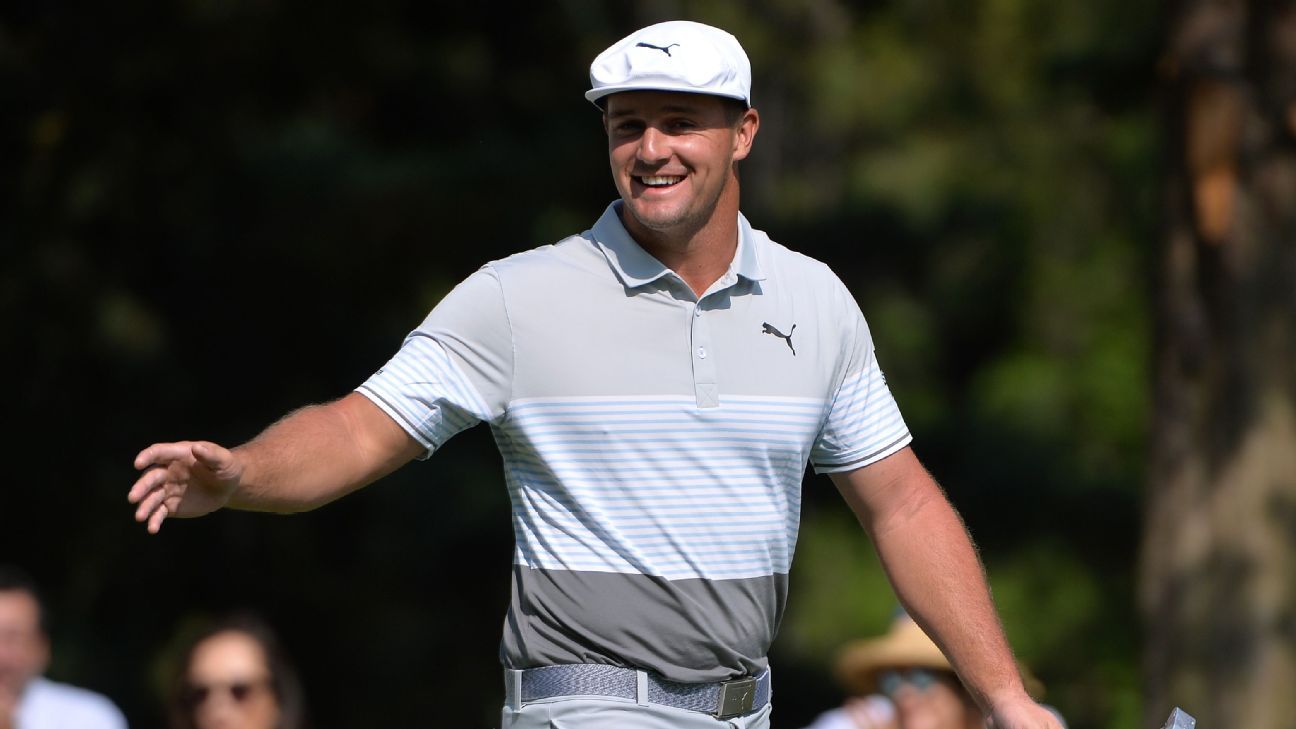 MEXICO CITY — Bryson DeChambeau kept making so many birdies in the Mexico Championship that when he rolled in his ninth one from 45 feet, all he could do was throw his hands in the air in pure wonder.

He wasn’t alone Friday in making birdies, although Rory McIlroy would like to have joined the party.

DeChambeau made seven birdies in an eight-hole stretch at Chapultepec for an 8-under 63, giving him a one-shot lead over Erik van Rooyen of South Africa and Patrick Reed at the halfway point of this World Golf Championship.

Van Rooyen, who played college golf at Minnesota, had nine birdies and tied the course record with a 62. Reed made five birdies on the back nine for a 63.

Justin Thomas ran off four straight birdies to end the back nine, and then holed a 35-foot eagle putt to build a three-shot lead. That was gone in a matter of four holes as player after player kept rolling in putts on a day with much less wind and far better scoring.

McIlroy wasn’t so fortunate. Staked to a two-shot lead at the start of the day, he opened with eight straight pars, didn’t make a birdie until his 12th hole and fell six shots behind at one point. Two birdies at the end gave him a 69, and the world’s No. 1 player was only three shots behind.