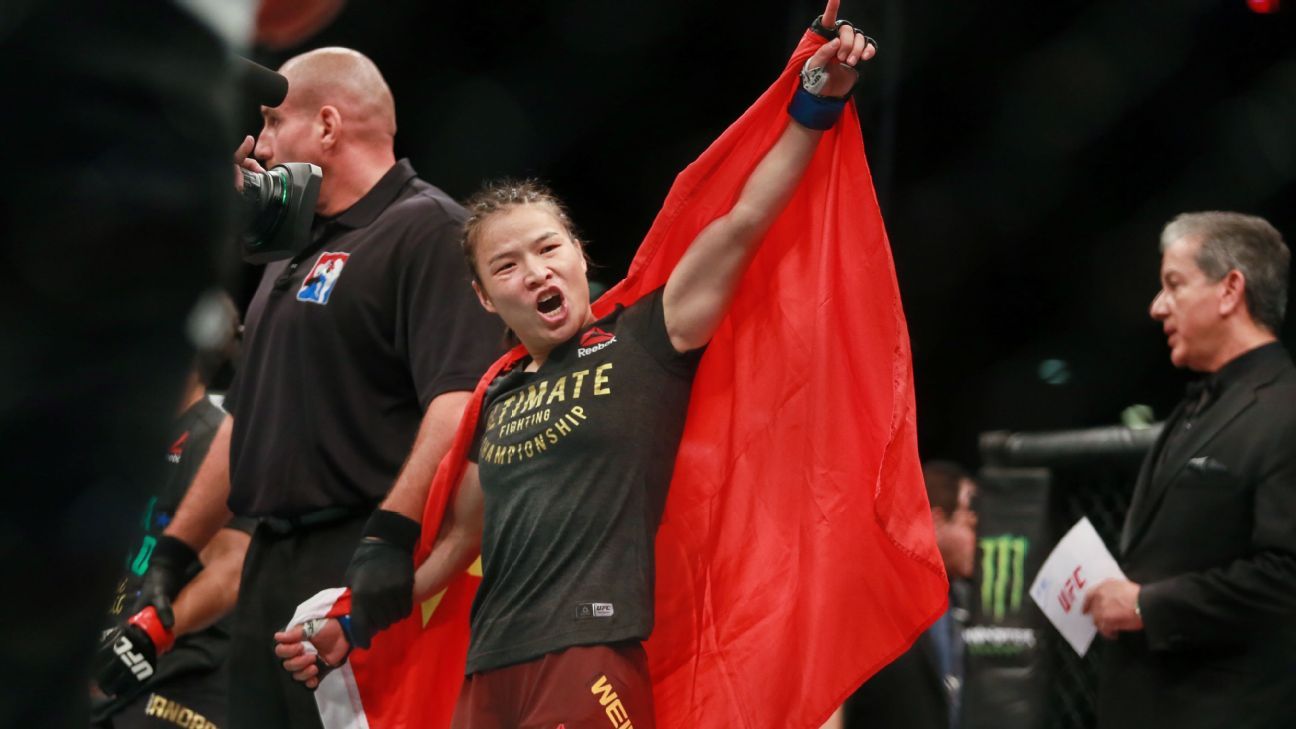 Chinese UFC strawweight champion Zhang Weili has made her way to the United States and is good to go for her scheduled title defense against Joanna Jedrzejczyk at UFC 248 on March 7 in Las Vegas.

Zhang’s manager, Brian Butler, told ESPN that she was scheduled to arrive in Las Vegas on Friday night. The 30-year-old Zhang (20-1) originally was training for her first title defense in Beijing, but was forced to flee China earlier this month due to the coronavirus outbreak that now has infected more than 76,000 worldwide.

Zhang initially traveled to Thailand earlier this month, before moving on to Abu Dhabi days later. She has been in the Middle East awaiting clearance to enter the U.S. for weeks, and has since been cleared to fly to Las Vegas. She will finish her camp there, ahead of UFC 248 at T-Mobile Arena.

Zhang is the first UFC champion out of China. She won the belt by knocking out Jessica Andrade just 42 seconds into their title fight in August.

Jedrzejczyk (16-3) is a former strawweight champ with five consecutive title defenses. She lost the title via knockout to Rose Namajunas in 2017, but is still considered the most dominant 115-pound female fighter in MMA history.