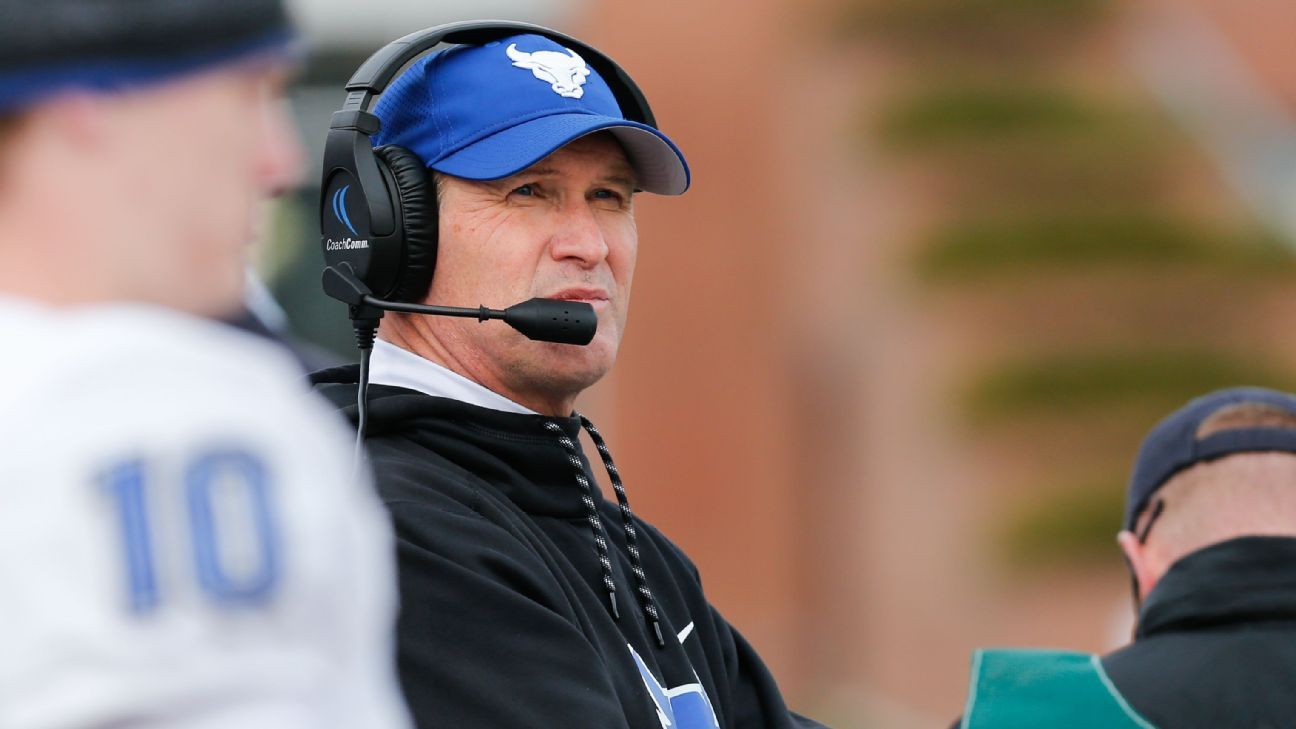 AMHERST, N.Y. — Buffalo coach Lance Leipold has agreed to a new five-year contract for the second consecutive offseason, this time after leading the Bulls to their first bowl victory in school history.

Leipold’s new contract runs through the 2024 season, extending his previous deal by one year.

The deal is a reward for building Buffalo into a consistent winner. With a 31-32 record over five seasons, Leipold already ranks fourth on the school list for coaching victories, and Buffalo’s 24 wins over the past three seasons lead the Mid-American Conference over that span.

The Bulls closed last season with an 8-5 record, including a 31-9 win over Charlotte in the Bahamas Bowl. It was the school’s first win in four bowl appearances. Leipold was named MAC coach of the year in 2018 after Buffalo finished 10-4 and set a single-season school record for wins.