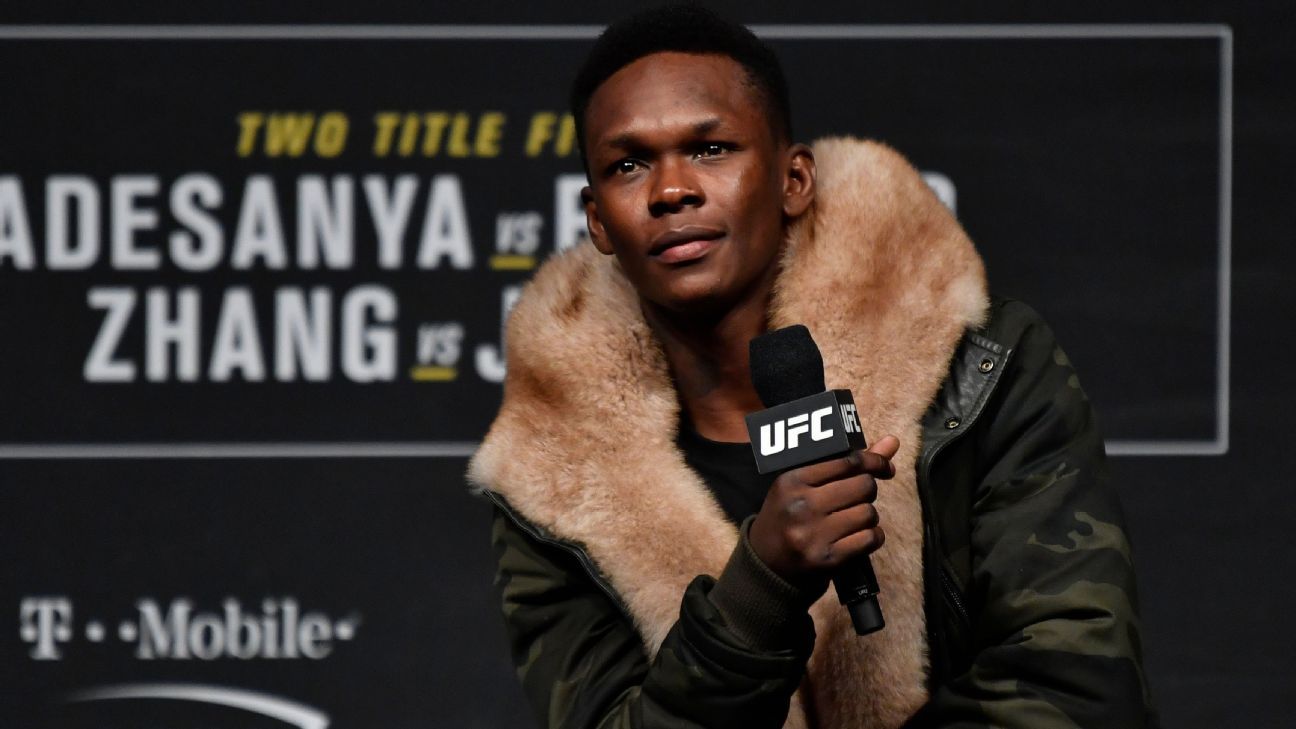 AUCKLAND, New Zealand — Middleweight champion Israel Adesanya has hit out at Yoel Romero‘s failure to travel to New Zealand to promote UFC 248 and promised to make the Cuban cry when the duo face off inside the Octagon in Las Vegas on March 7.

The New Zealander, who claimed the undisputed middleweight title with victory over Robert Whittaker at UFC 243 in Melbourne, Australia, last year, took aim at Romero’s record of missing weight, his “veteran” tricks and the fact that the Cuban had failed to make the long trip to New Zealand after Adesanya himself had traveled to the United States for “one day” to promote UFC 248 earlier this year.

“He’s a veteran, he’s an explosive guy, he likes to lull [his opponent] and then he explodes on them,” Adesanya said of Romero. “And when I say a veteran, he has certain moves that he likes to do; you’ve got stool-gate, grabbing the fence, things like that. Fact. Fact. Check the résumé.

Romero quipped he hadn’t been able to make the trip “last minute” but that had he done so, he would have gone straight to Adesanya’s house.

Romero, 42, twice fought for the title against Whittaker, losing on both occasions, and Adesanya, 30, said Romero’s reputation as one of the scariest men in the entirety of the UFC was unjustified.

“He’s human like everyone else, and everyone likes to make this myth about he’s steel — you hit him and he doesn’t fall. I’ll hit him enough times and make him fall.”

Adesanya also said he would be ready to fight either Till or Jared Cannonier should Romero fail to make weight and a late replacement was required.

Before handling Romero in Las Vegas, Adesanya is looking forward to being a “fan” on Sunday when his City Kickboxing teammates Kai Kara-France, Brad Riddell and Dan Hooker — who takes on Paul Felder in the headline act of UFC Fight Night Auckland — all step inside the Octagon.

And in more good news for fight fans in New Zealand, Adesanya told ESPN that he had already discussed a future title defence at home with UFC president Dana White.

Ancer leads in Saudi as DJ (back) withdraws
The Bulls enter the NBA trade deadline at a crossroads
Sources: Steph expected out past All-Star break
Can Martial stay fit enough to be part of Man United’s rebuild?
Offseason top 25: The top 2023 newcomer for each team