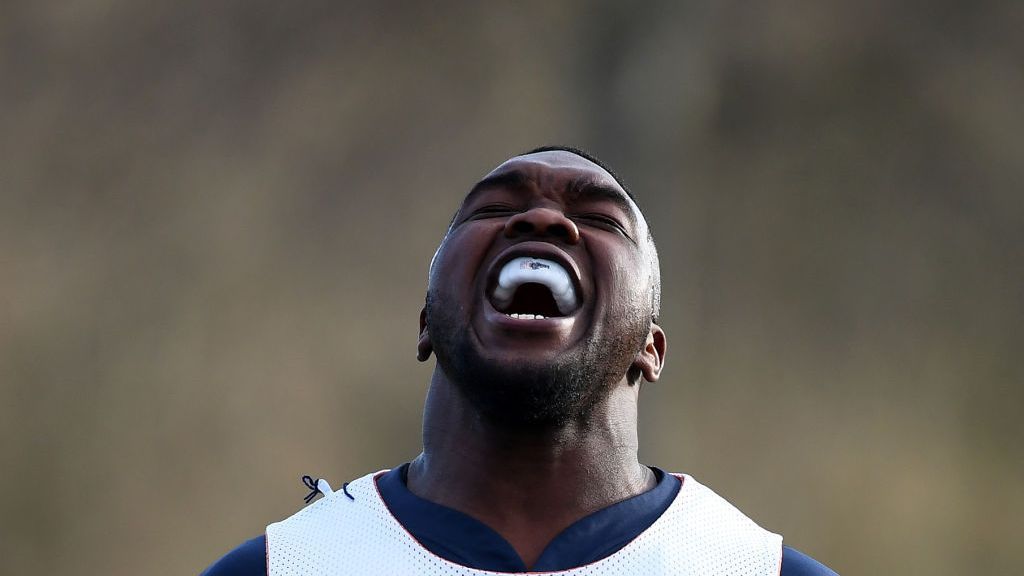 England and Italy both in front of their own fans for the first time; while France and Ireland have left the home fires behind after their opening two wins. And, frankly, three cracking games in store – not to mention a bit of a headache for ESPN Fantasy Rugby tournament managers.

Winless Italy entertain twice-defeated Scotland in what look to be perfect rugby conditions in Rome, with temperatures forecast to be in the mid-teens and the unbroken sun shining for a third day in a row. Franco Smith’s much-improved Azzurri caused France a few problems in Paris last time out. If they can continue that improvement into this weekend, they should make life difficult for Scotland. Gregor Townsend needs a win, after a poor showing against England in, admittedly, pretty awful conditions.

ESPN Fantasy Rugby is back! Click here to pick your team!

Roof open or roof closed at the Principality? The forecast is for blustery wind and rain, which may influence the decision process. On the pitch, the pre-match focus will be on how successfully Wales can unpick Shaun Edwards’ French defence. You can understand why. Wayne Pivac is developing a free-flowing attacking model that tips a thoroughly modern nod to Wales’ glory days in the 1970s. It will be interesting to see what happens when their prototype unstoppable force meets the French prototype immovable object.

As in Cardiff, so in London. Nearly. Rain and wind are forecast, but there’s no roof option at Twickenham on Sunday afternoon for a match you’ll probably see dubbed somewhere as Farrell vs Farrell (note: it’s not). England haven’t really got out of second gear so far, though criticism of the continued absence of a genuine eight was silenced last time out when a trio of opensides out-jackaled Scotland. It’s unlikely, against Ireland’s backrow, they’ll enjoy the same breakdown success – but this is where Sunday’s game is most likely to be won and lost.

Rome looks a good option for a high score this weekend. In the rain and wind in Paris, Italy registered a noteworthy 22 against France. In what promises to be a dry and relatively warm Rome, we can hope for a feast of running, attacking – and mistake-laden – rugby. If you’re in a tight private league, it may be worth nominating a few strike runners from Italy and Scotland. But leave it late. If anyone gets wind of what you’re doing, they may do a Wales and accuse you of cheating…

Looking at the press in the days leading up to the third round of the Six Nations, it would be easy to think that picking any French player is a risk, as they keep getting injured. But the 28-strong core – on the whole – are fit, healthy, and rested after a weekend off. It’s only the ever-changing orbiting 14 who keep picking up knocks and getting replaced. That said, Damien Penaud is still injured. So don’t pick him. Or Finn Russell. Obviously. Mako Vunipola, too, is unavailable, for family reasons.

There’s no Sergio Parisse in the Italy squad for their first home game of this Six Nations, which means his long-awaited goodbye in Rome has to be against England in the final round of the tournament on March 14. But, given that Italy-Scotland could be a high-scoring game you could do much worse than pick the one, two or all three of the Italians’ starting backrow on Saturday, along with Carlo Canna and/or Matteo Minozzi.

Heading into the third round of the 2020 Six Nations, Johnny Sexton (23) and Romain Ntamack (22) head the points stats, with clear water between them and next highest scorer so far, Adam Hastings (18) – but the top two both have tries to their name. Dan Biggar and Owen Farrell, for the record, have 15 points each. Hastings could get a few shots at goal in Rome, so it may well be worth going for him – but, with points likely to be at a premium at Cardiff and Twickenham, there should be plenty of chances for the kickers there, too… Honestly, pick your player, take their points.