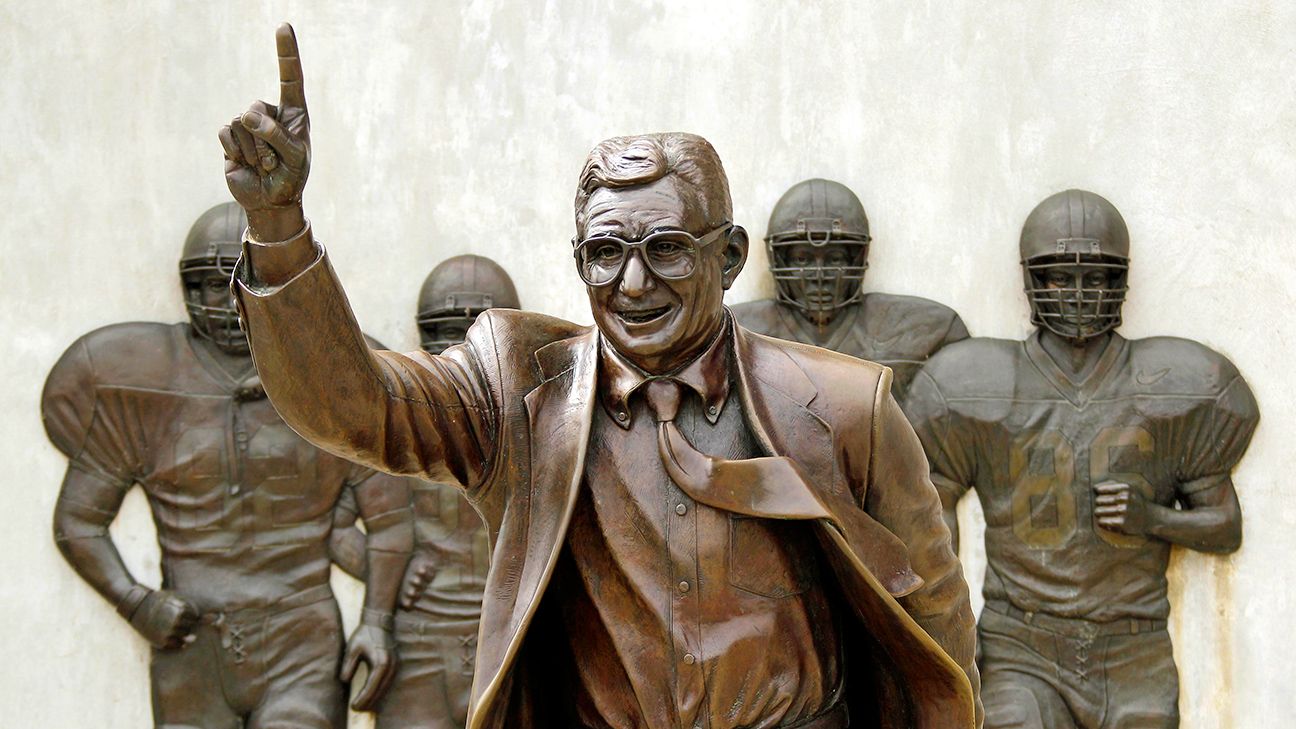 HARRISBURG, Pa. — Penn State and the family of the late head football coach Joe Paterno announced Friday they have resolved “outstanding issues” that had divided them, eight years after he was fired following Jerry Sandusky’s child molestation arrest.

The university issued a statement, read by the chairman of the university board at a meeting, that it had agreed to pay “certain of the Paterno family’s expenses” and wished to move forward. The amount was not disclosed.

“It is time to come together and devote our energies solely to education, research and the advancement of one of America’s great institutions of higher learning,” Paterno’s widow, Sue Paterno, said in a separate statement.

The deal ends a lawsuit against the university by the Paternos’ son Jay Paterno, who is currently a member of the Penn State board. Jay Paterno had claimed the university-commissioned report into the case had unfairly tarnished him and made him unable to find work as a football coach.

In a phone interview, Jay Paterno called the agreement “a relief” and “a long time coming.”

Joe Paterno was a Hall of Fame coach nearing the end of his career when a state grand jury summoned him to testify about Sandusky in early 2011. Sandusky’s arrest that year prompted Paterno’s firing, and the university has paid more than $100 million to people who said they had been abused by Sandusky. He was convicted of 45 counts of child sexual abuse in 2012.

A key witness against Sandusky was Mike McQueary, a graduate assistant who recalled seeing Sandusky with a young boy naked in a team shower on a Friday night a decade earlier. McQueary, highly disturbed, reported it to Paterno, and Paterno alerted administrators.

But police were not called — even though Sandusky had been criminally investigated in 1998, but not charged, based on a mother’s complaint he had showered with her son.

After Sandusky’s arrest, Paterno announced he would not coach after the season’s end, but the board of trustees pushed him out days later, along with then-President Graham Spanier. The two administers who fielded McQueary’s report through Paterno, Athletic Director Tim Curley and Vice President Gary Schultz, also were charged over how they responded.

Paterno’s once-sterling reputation took a severe hit from the Sandusky scandal, including a decision by the NCAA to void 111 of Paterno’s wins, effectively ending his status as major college football’s all-time winningest coach. That decision was later reversed, and Paterno again holds that record.

The university also removed a statue of Paterno outside its football stadium.

Penn State spokesman Lawrence Lokman said there are no plans to reinstall the statue, something Joe Paterno’s supporters have sought.

“If we’re ever to revisit that, we’ve agreed that that would require the mutual approval of the Paterno family,” Lokman said.

Joe Paterno was 85 when he died of cancer-related complications in January 2012.

Sandusky is serving a 30- to 60-year prison sentence.

Penn State settled with more than 35 people who said they were abused by Sandusky as children, making payouts that totaled more than $109 million. The school has spent many millions more in costs and fines associated with the case.