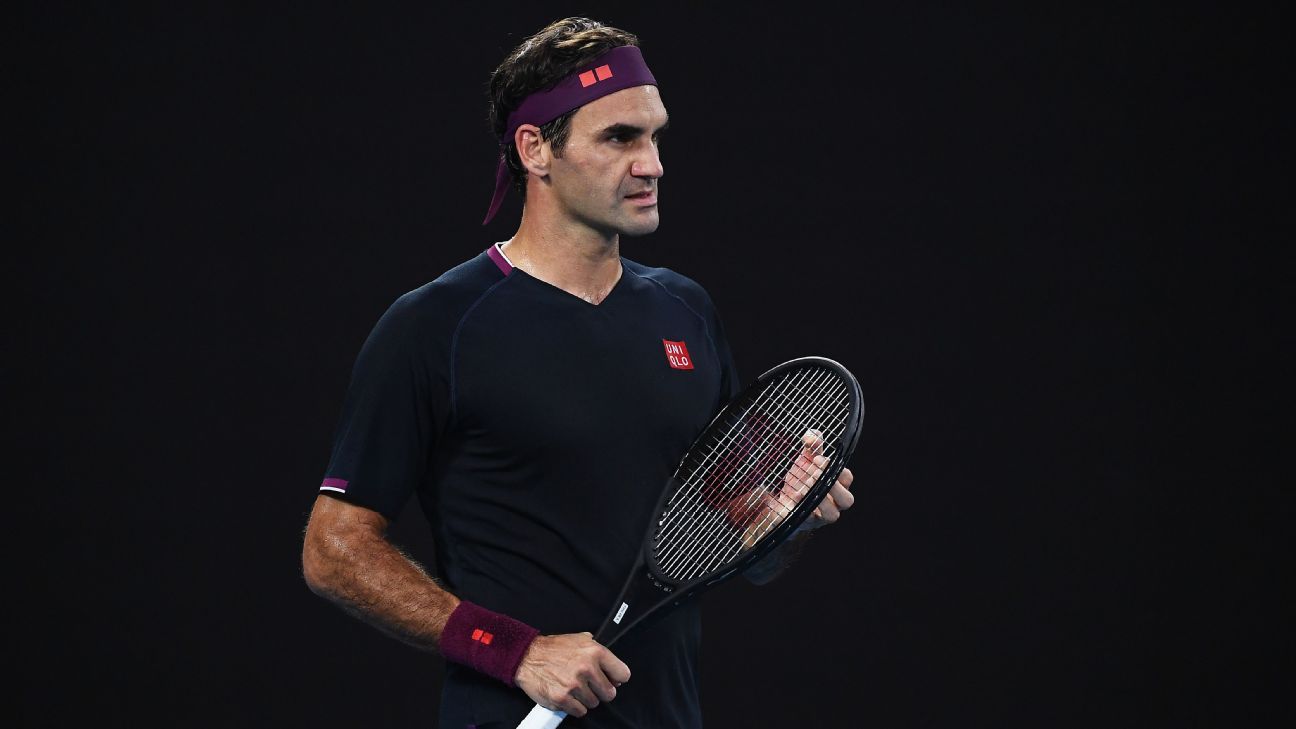 Roger Federer announced on Thursday that, following arthroscopic surgery on his right knee, he would be out of action until grass season. Among other things, that means he will miss the 2020 French Open.

Because we never know how much time we’re going to get with the legends of a given sport, Federer’s injury, though apparently reasonably minor, was disappointing. He had played in only one of the past five French Opens — he reached the semifinals last year before losing, as usual at Roland Garros, to Rafael Nadal — and it’s fair to wonder if this will impact his ability to play to 100% of his capabilities at Wimbledon.

Really, though, it doesn’t do all that much to change the status of the race to see who will end up with the most Grand Slams.

Tennis is a sport swimming in numbers and high-volume numbers at that. A professional tennis player will play hundreds of thousands of points and thousands of matches in his or her lifetime. But for the greatest players, your story is told with a single, and often single-digit, number.

These were once huge numbers put together by the greatest players of their respective times. The six players I just mentioned spent a combined 893 weeks (17.2 years!) at No. 1 the ATP rankings. It was a massive deal when, at Wimbledon in 2000, Pete Sampras won his 13th Slam to pass Roy Emerson for the most ever. He tacked on a US Open title in 2002 as well. When he retired with 14 Slams, only five players had ever reached double digits.

Not even two decades later, our perceptions of greatness and possibilities have changed dramatically.

The three greatest tennis players of all time have posted unheard of Slam numbers while playing in basically the same era. It’s incredible to think of what they might have done if they’d been separated a bit more — if Federer had come around a few years earlier and Djokovic later, perhaps.

Regardless, the race has been perhaps the most pressing and relevant story of the past decade in men’s tennis. Things heated up when Nadal won three of four in 2010 — Djokovic did the same in 2011 — and the race has been front and center since.

Federer has led the race the entire way, but he also got a head start and will most likely retire first. Where will he finish up? Can he hold off Nadal? Is it just a matter of time until Djokovic zooms past both of them?

During the Australian Open, I took a look at my friend Colin Davy’s statistical projections of the coming Slams. Davy’s numbers suggested that while none of the Big Three were doing quite as well as they were at their respective career peaks heading into 2020, they were still solid favorites to win in each of the next two years’ worth of Slams. Sure enough, Djokovic, the odds-on favorite in Australia coming in, beat Federer in the semifinals and survived five long sets in the final against Dominic Thiem (who himself had beaten Nadal in the quarters) to take home Slam No. 17.

Since the race is never far from our minds, it makes sense to look ahead to the biggest potential battles remaining in this calendar year. Federer was never going to be a favorite at Roland Garros, but his absence, and his aspiring comeback on the grass courts, brings further clarity to the narrative surrounding each tournament.

Granted, this premise might be unfair to Thiem, who has made the past two French finals, has beaten Djokovic two of the past three years in Paris and just took him to five sets at his best Slam. But until he actually breaks through and wins a Slam, all narratives run through the Big Three, or in this case the Big Two.

Nadal’s best odds of not only cracking 20 Slams, but inching toward the mid-20s, come primarily from continuing to win in Paris, where he is a patently absurd 93-2 all-time. He is by no means a one-trick pony, but it’s fair to mention that since 2010, he has only won three of the 24 Slams he entered outside of France. That is a tremendous win percentage for anyone outside of this trifecta of greatness, but he probably won’t fend Djokovic off without continued success at Roland Garros.

One of those two French losses, by the way, came to Djokovic. Over the past five years, they’ve played six matches on clay and have taken seven sets each. While Davy’s ratings back in January still ranked Nadal first overall on clay, Djokovic wasn’t that far away in second (Thiem was third, Stefanos Tsitsipas fourth), and the 2020 French Open title odds were Nadal 24%, Djokovic 18%. Not much space between them.

It seemed a foregone conclusion that either Nadal, Djokovic or both would eventually overtake Federer in the race, but then Federer enjoyed a late renaissance, ending a nearly five-year Slam drought by taking the 2017 Aussie Open then winning Wimbledon and the next Aussie as well. That bought him some more space at the top. He had a match point to earn Slam No. 21 last summer at Wimbledon, too, but Djokovic eventually topped him. And then Nadal cut his lead back to one by winning the US Open.

If Federer can get back to full strength by June, there’s no reason he can’t still snare another title in London. He is 101-13 all-time at the All England Club, and five of his last eight Slam final appearances have been there. He is probably even more reliant on Wimbledon success than Nadal is to winning in Paris, however.

Davy’s January rankings still placed Federer a tight No. 1 overall on grass, just ahead of Djokovic. (Nadal is third despite a lack of recent Wimbledon success, and Daniil Medvedev is fourth.) No one in the younger generation of players has shown the potential on grass that Thiem has shown on clay or Medvedev showed on hard courts last year, so the two favorites are Djokovic and Federer until otherwise noted.

US Open: Old vs. new

If there’s going to be a plot twist, recent history suggests it’ll happen in Queens. Federer, Nadal and Djokovic have combined for 15 Aussie titles, 15 Wimbledon titles and 14 French Open titles but have won the US Open only 12 times. (Only 12! The horror! How embarrassing!)

Players outside of the Big Three have made the finals six times in the past six years. Juan Martin del Potro and Marin Cilic won their only respective Slam titles in New York in 2009 and 2014, respectively, and both Andy Murray (2012) and Stan Wawrinka (2016) have won there as well. Medvedev came oh so close to doing the same last year, plus Thiem nearly won on the hard courts in Melbourne, and Tsitsipas is in the 91st percentile of Davy’s ratings on hard courts.

Though he’s still three Slams behind in the race, it’s easy to assume Djokovic is the favorite to finish in the lead. He’s got a year on Nadal, and he’s on another Slam hot streak. He doesn’t need success at a single Slam like Nadal and Federer do.

Davy’s odds, though conservative by nature, suggest this isn’t a sure thing. They project him winning at least 0.5 more Slams on average than the other two through 2021, but if that’s all the ground he makes up, he’ll still be two or so behind entering his age 35 season. If Nadal wins another French, and Djokovic doesn’t make up ground at either of the last two Slams, the race could be even more intriguing and uncertain a year from now than it is today.