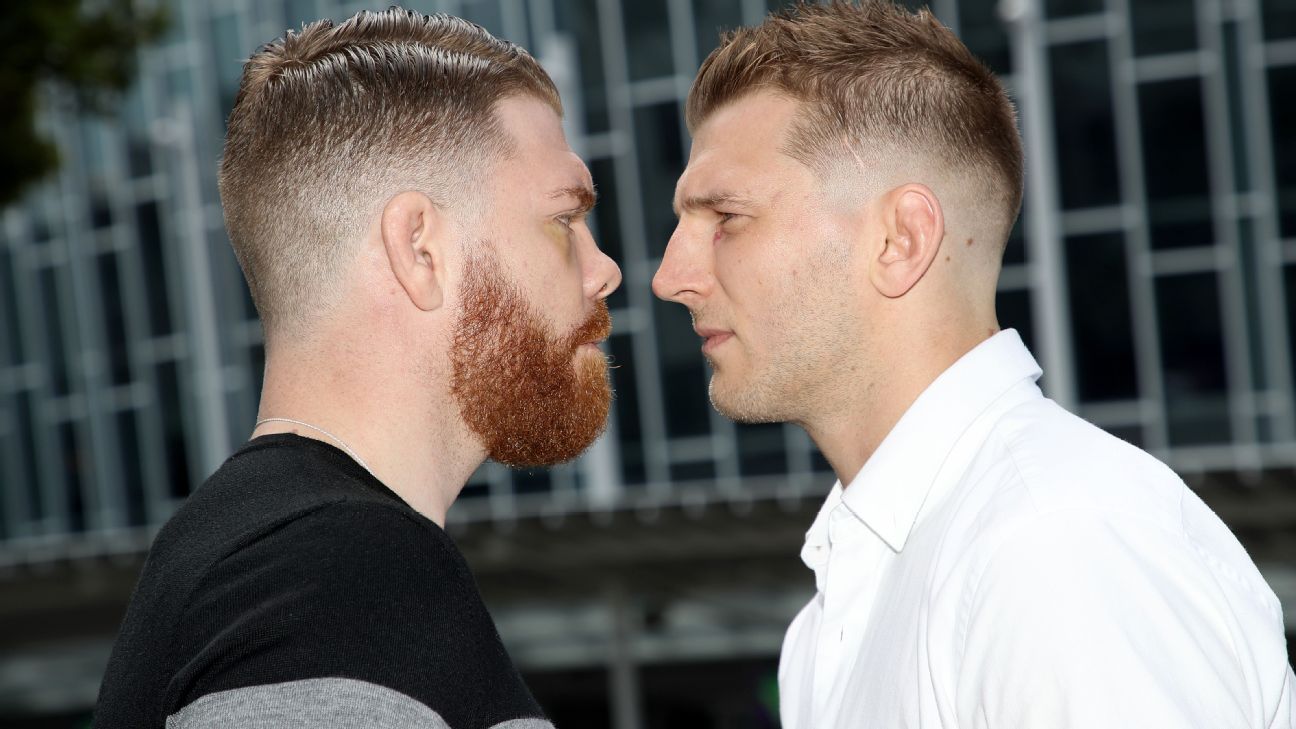 Hooker and Felder were the first and second fighters on the scale, respectively, at the UFC Auckland official weigh-ins Friday. Both made weight for their pivotal lightweight matchup, which acts as the card’s headliner. Hooker came in at 156 pounds and Felder was 155.5 pounds.

Hooker is ESPN’s No. 8-ranked MMA lightweight in the world. Both men are considered action fighters with more finishes than decisions in their UFC victories.

The UFC Auckland official weigh-ins were Friday night local time in New Zealand, so the athletes will get two nights to recover and rehydrate before the event, which takes place Sunday morning local time (Saturday afternoon into evening in the U.S.). Typically, MMA official weigh-ins are the morning of the day before the bout, but with the difference in scheduling and time zones this is how the UFC opted to organize things this week.

Hooker (19-8) has won two straight and six of his past seven fights. The New Zealand native last competed at UFC 243 in October, a unanimous decision win over Al Iaquinta. Hooker, 30, has eight finishes in nine UFC wins.

Felder (17-4) has won two in a row and five of six. The lone loss during that time was in the welterweight division. The Philadelphia native is coming off a split-decision win over Edson Barboza at UFC 242 in September. Felder, 34, is also one of the UFC’s top on-air analysts and a former stage actor.

Brown hired by Astros as MLB’s only Black GM
McNeil: Mets ownership trying to build ‘a winner’
Caufield chose surgery given Habs’ playoff outlook
Rui Hachimura pays tribute to Kobe and Gianna Bryant with No. 28
Aaronson makes most of USMNT debut despite scoreless effort vs. Colombia