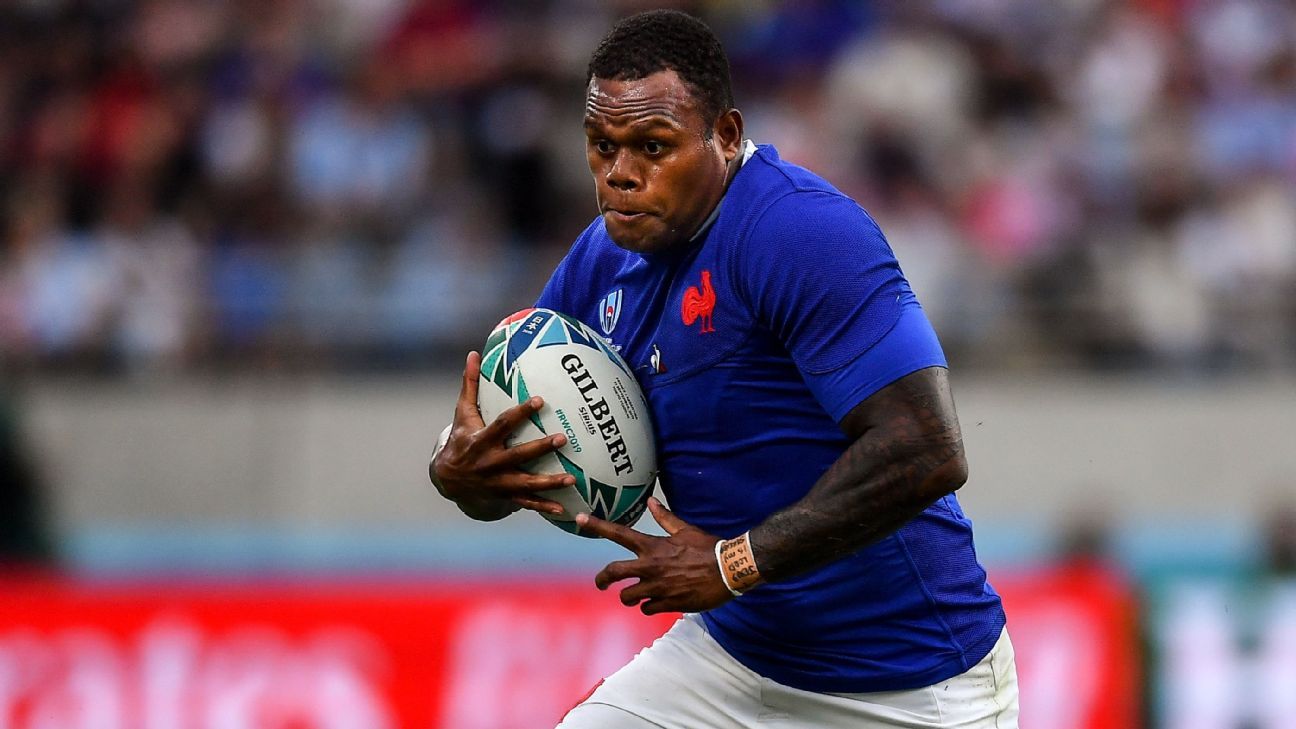 France have made one change for Saturday’s Six Nations clash against Wales with Virimi Vakatawa returning from injury.

Vakatawa missed France’s round two win over Italy with a triceps injury, but has recovered to start at outside centre. With Vincent Rattez and Damian Penaud injured, Arthur Vincent moves to 12 with Gael Fickou named on the wing.

And there are two potential debutants on France’s bench with Jean-Baptiste Gros and Dylan Cretin hoping for their first taste of Test match action. France head into Saturday’s clash against Wales looking to make it three from three, having defeated England and Italy in the first two rounds of this year’s Six Nations.

Did replay officials mishandle DeVonta Smith’s controversial catch? What should have happened
Casemiro double leads Man United to FA Cup win
15 all out to the finals: Sydney Thunder eye late run in ‘rollercoaster’ season
‘Holy crap, we got a shot’: Inside the 49ers’ season-changing Christian McCaffrey trade
Brown hired by Astros as MLB’s only Black GM