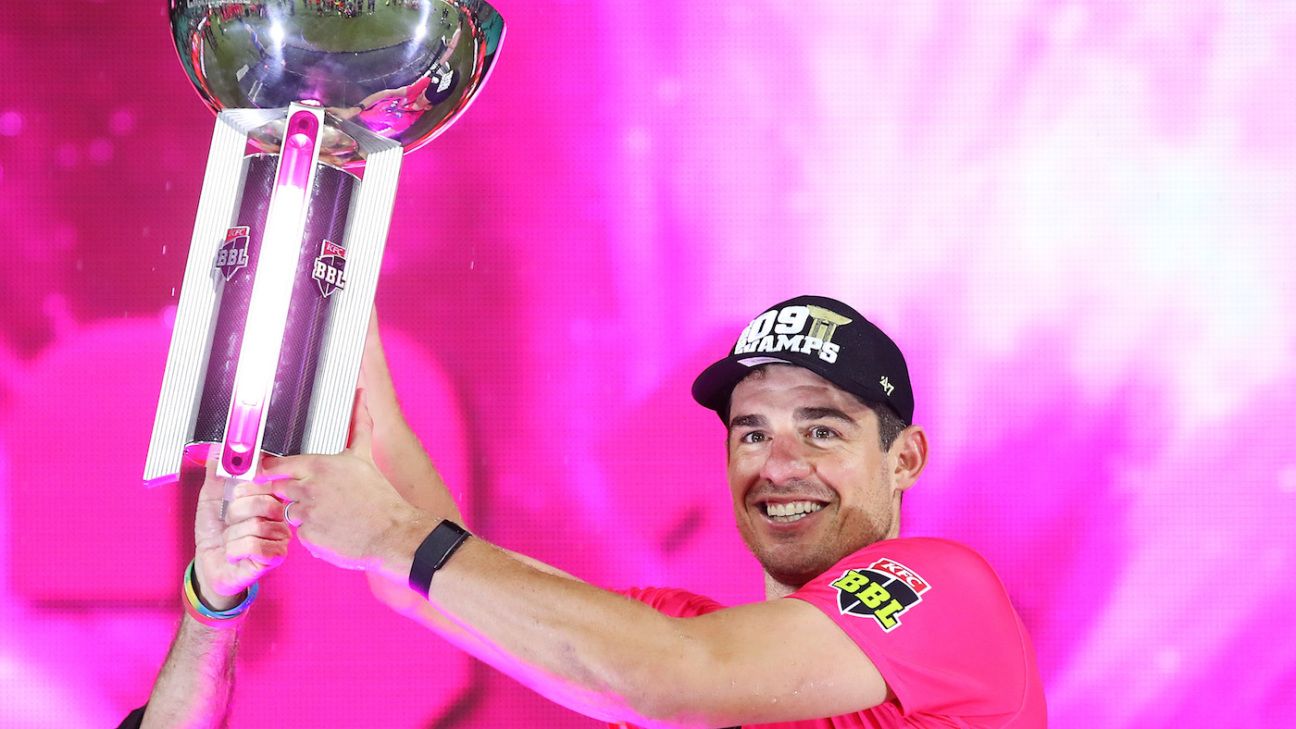 Moises Henriques, the Australia allrounder, has signed for defending Vitality Blast champions Essex. Henriques, who recently captained Sydney Sixers to the Big Bash League title, will arrive in last May and be available for the rest of the tournament.

Essex have already re-signed Adam Zampa for this year’s Blast, after a successful 2019 in which they also won a second County Championship in three seasons. Neither Zampa nor Mohammad Amir, the club’s other overseas signings, were available on Finals Day when Essex lifted the T20 trophy for the first time.

Henriques, 33, has previously played in England for Glamorgan and Surrey, as well as four different IPL franchises.

“I’ve been following Moises’ career for a while now and I think he’s exactly what we need going into this year’s Blast campaign,” Essex’s head coach, Anthony Mcgrath, said. “He’s been excellent in the IPL and was instrumental for Sydney Sixers in their recent Big Bash success. His runs got them over the line on plenty of occasions and it’s clear he’s an excellent leader too, so I have no doubt he’ll be a great fit in our dressing room.”

Henriques said: “I’m delighted to be joining Essex Eagles for the Vitality Blast. The opportunity to join the reigning Champions and the challenge of defending the title is something I’m really excited about.”

‘Mate, we can do it. I have full faith in ourselves’
Formula 1: Alfa Romeo become first team to unveil 2023 design
Davis Cup: India relegated to World Group II
Society at every LeBron James career points milestone
Royals, Greinke finalize $8.5M deal for ’23 season