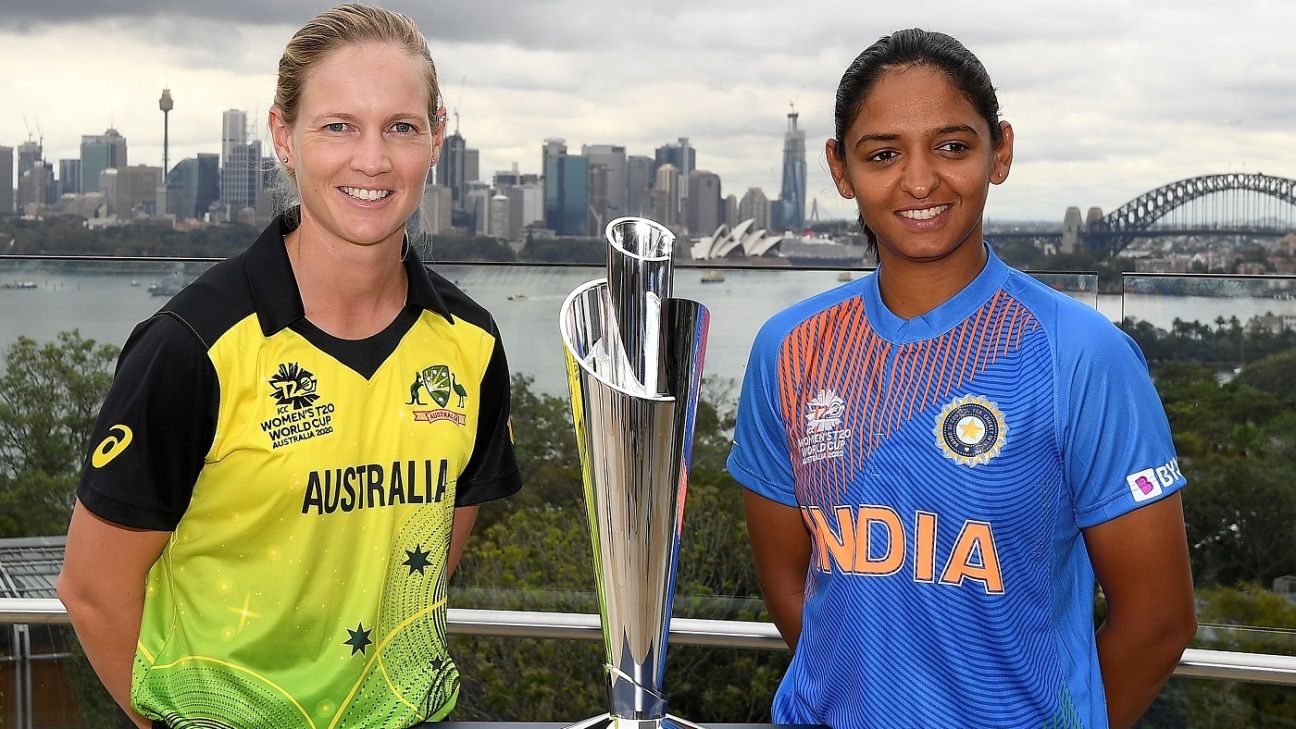 There are a lot of big-picture themes about this T20 World Cup: participation, inclusion, expansion to name a few. They are all crucially important and will be revisited frequently over the next couple of weeks as the record-breaking attempt at the MCG nears. Now, however, after much build-up the first match is here and shaping as a humdinger between Australia and India.

The best team in the world against the potential future giants of the sport. Whoever wins will give themselves significant breathing space in their push for the semi-finals. The loser will have some sleepless nights. There is little room for mistakes in a short, sharp event.

ALSO READ: India return to Australia to take the next big step

“There’s been a lot of talk and interest, which is great, but now we get to play cricket which is what we do best,” Australia captain Meg Lanning said.

However, it has been a far-from-perfect build-up for the hosts. They spluttered their way to victory in the tri-series (although, crucially, found a way to win when it mattered which would yet be a deciding factor), have seen their record-breaking opener Alyssa Healy hit a career-low period of form and on the eve of the tournament had their fastest bowler, Tayla Vlaeminck, ruled out of the competition with a stress fracture.

The fact that Vlaeminck has been replaced by offspinner Molly Strano highlights how, in many ways, her loss is one of the worst Australia could have suffered. In the tri-series earlier this month, she rattled both the England and India batters – Australia have lost a major point of difference.

“There’s no real like-for-like replacement for Tay, no one does what she does.,” Lanning admitted. “We will have to slightly tweak how we go about it, but generally our plans are pretty flexible. We don’t feel like it is too much of a disadvantage to us. We need to be able to go in with a plan but also be able to adapt as the game goes on.”

Another factor that could level the playing field for the opening match is the venue. North Sydney Oval, where the Australians play most of their cricket in the city, has become a very successful home for them but the ambitions for this tournament mean it has outgrown that ground.

However, the Sydney Showground has never hosted international cricket before so there is arguably less of a home advantage although Australia attempted to cover all bases by playing a warm-up match on the ground last month. A lot of work has gone into the pitch to ensure it is not one of the slow, stodgy surfaces that have sometimes been seen here for BBL and WBBL matches.

“We’ve done as much as we can,” Lanning said. “There’s not much data for women’s games on this ground but throughout the Big Bash this year it seemed to play reasonably well and we played a practice game on the same wicket three or four weeks ago. It looks like it will be a really good wicket, the groundsman was really happy with it so hopefully it creates a really good contest and is even for both sides.

Harmanpreet Kaur has experience of the ground from her time with Sydney Thunder in the WBBL and hoped the pitch would bring the India spinners into the game.

“I’ve played many games on this track,” she said. “I hope that what I’m thinking around that will come into play. Compared to other tracks, this one is a little on the slower side. We have seen spinners do well on this track, our strength is spin bowling and we hope to see that do well again.”

There is also the expectation of strong India support with every chance the blue will outnumber the green and gold. “It’s just something we’ll have to get used to,” Lanning said. “Hopefully we can get off to a good start and make sure the Indian fans are a little bit quiet.”

This has been an unprecedented build-up. As Ellyse Perry put it on Wednesday: “It feels like the real deal.”

A lot is pinned on Australia going all the way and, despite the recent blips, it would take a brave person to bet against them but as the opening match has got closer it has felt like they won’t have it all their way own. And that bodes very well for the tournament.