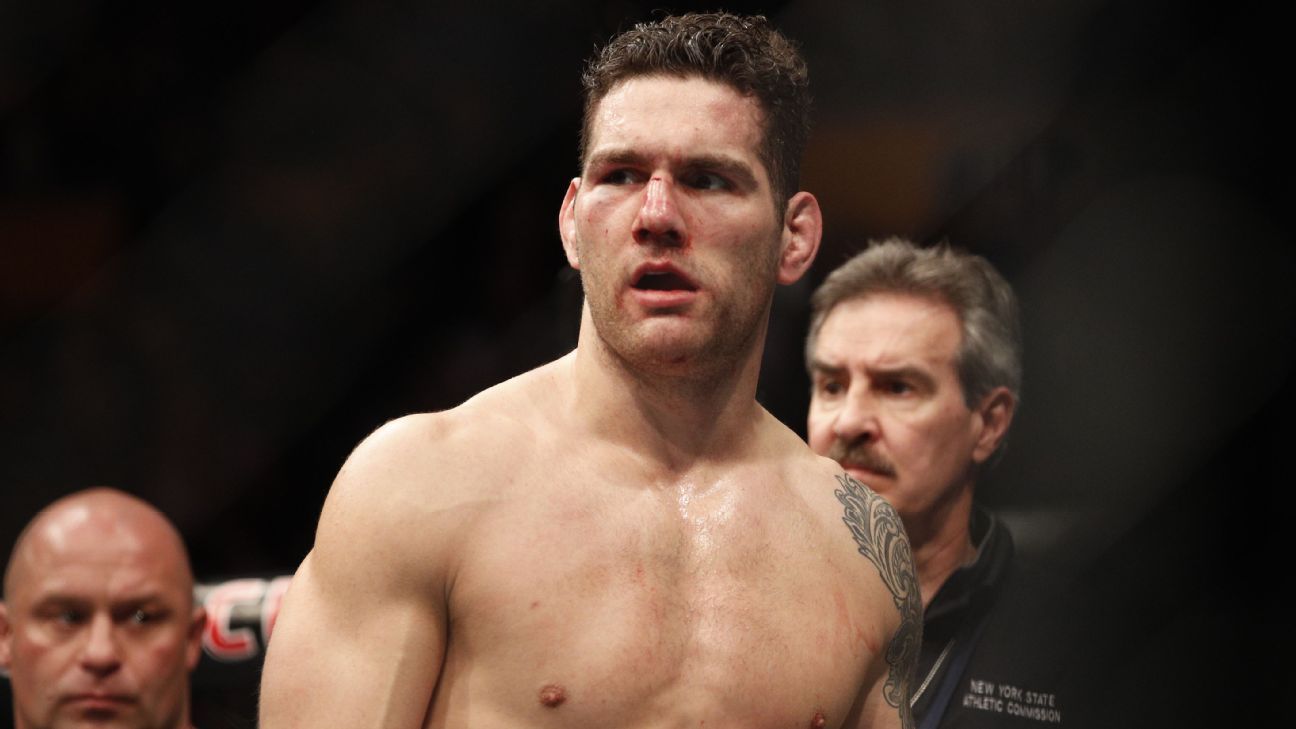 The UFC is targeting a middleweight bout between former champion Chris Weidman and Jack Hermansson to headline UFC Fight Night on May 2, multiple sources told ESPN.

Bout agreements have not been signed, but the UFC is working on finalizing the fight, sources said. The UFC Fight Night event is scheduled to take place at Chesapeake Energy Arena in Oklahoma City.

Weidman (14-5), of Long Island, New York, is moving back down to 185 pounds after an unsuccessful jump to light heavyweight. He challenged Dominick Reyes at 205 pounds in his last outing and suffered a knockout loss less than two minutes into the fight.

The former middleweight champion is now just 1-5 in his last six fights, although all six have come against top competition. During that stretch, Weidman has faced Luke Rockhold, Yoel Romero, Gegard Mousasi, Kelvin Gastelum, Ronaldo “Jacare” Souza and Reyes.

Hermansson (20-5), of Sweden, is looking to bounce back from a knockout loss to Jared Cannonier in September. Before that, Hermansson had been making a strong case for a title shot, having won six of his previous seven.

Roundtable: Which players should you trade for before it’s too late?
LIV’s plea to subpoena Augusta members denied
Beamer, Gamecocks land No. 39 recruit Harbor
Rashada picks ASU after Florida-NIL deal fallout
‘It’s been a journey’: The Brown twins’ long road toward NFL dreams