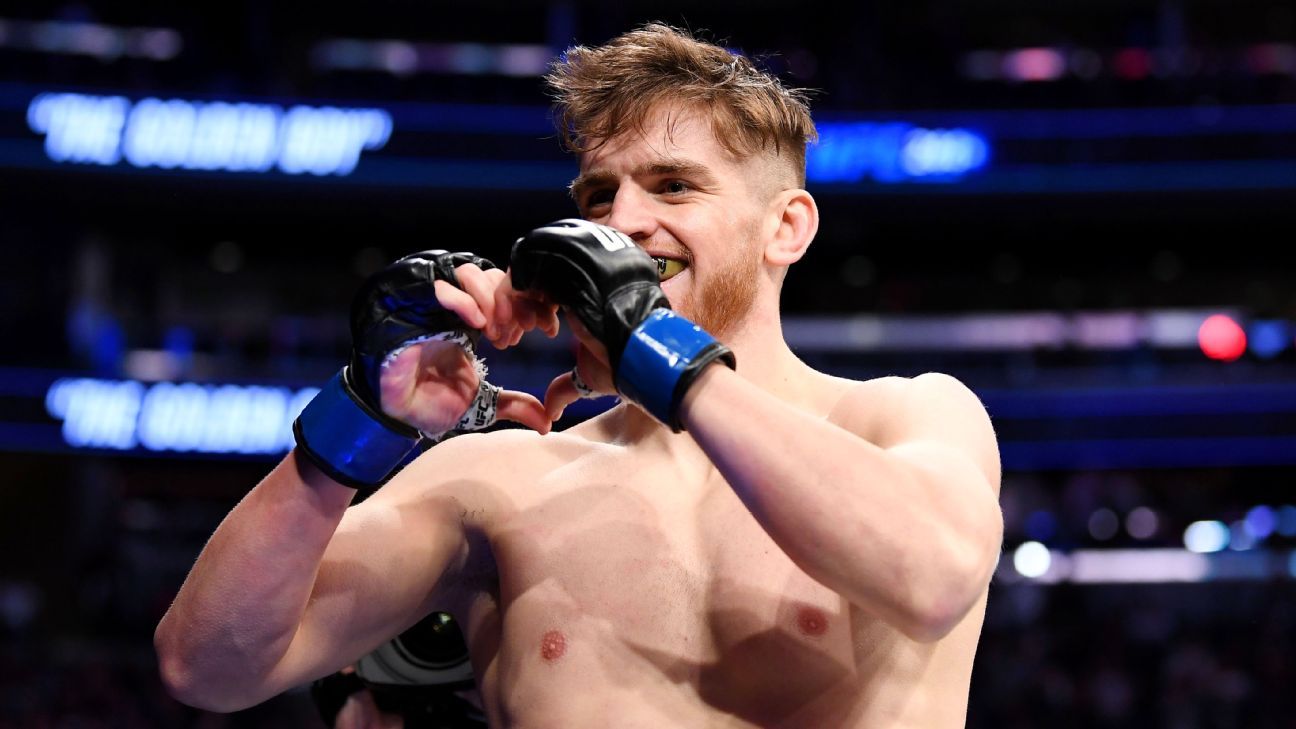 An intriguing middleweight bout is getting uprooted and placed on a new card.

The bout between top prospect Edmen Shahbazyan and Derek Brunson will be moving from UFC 248 to UFC Portland, UFC officials confirmed with ESPN on Thursday. Shahbazyan had tweeted about a potential relocation earlier in the day. UFC Portland is scheduled for April 11. UFC 248 is on March 7 in Las Vegas.

The reason for the change was not given. Sources said the bout has not officially been signed yet for Portland. Brunson has been dealing with an illness, sources said.

ESPN ranked Shahbazyan the No. 3 top MMA fighter in the world under 25 years old in October. Brunson, meanwhile, has been a middleweight stalwart in the UFC for more than five years.

Shahbazyan (11-0) is a blue-chip prospect, just 22 years old. The California native has won all four of his fights in the UFC, the past three by finish, and is rapidly climbing the middleweight latter. Shahbazyan, who is represented by UFC Hall of Famer Ronda Rousey and who trains under Rousey’s coach Edmond Tarverdyan, is coming off a first-round head-kick knockout of veteran Brad Tavares at UFC 244 in New York.

Brunson (20-7) has won two straight and four of his past six. The North Carolina native is coming off a unanimous decision win over Ian Heinisch at UFC 241 in August. Brunson, 36, has only lost to top middleweights in his UFC career: current champion Israel Adesanya; former champions Anderson Silva and Robert Whittaker; former Strikeforce champion Ronaldo Souza; and current top contender Yoel Romero.