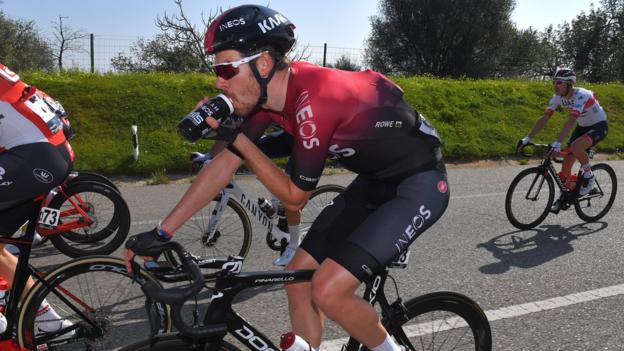 Welsh rider Luke Rowe has extended his contract with Team Ineos until 2023.

Rowe has played a key role as a support rider in the Tour de France in the past five years by helping winners Chris Froome, Geraint Thomas and Egan Bernal to victory.

The 29-year-old recovered after breaking his leg in 25 places in a white-water rafting accident in 2017.

“For me, this team is the number one in the world for looking after their riders,” Rowe explained.

“That is a big factor in me committing my future to Team Ineos. It’s a special environment to win bike races, which is something we’re constantly striving for.

Team principal Sir Dave Brailsford said: “Luke embodies what this team is all about – grit, hard work, learning from setbacks and coming back stronger, racing at the front and always putting the team first.

“He is a true racer, a hugely talented bike rider in his own right and someone totally committed to helping the team.

“He has been a big part of our past and will have an important role in our future.”

Rowe has enjoyed success in the cobbled classics, having finished in the top 10 of Paris-Roubaix and top five in the Tour of Flanders.