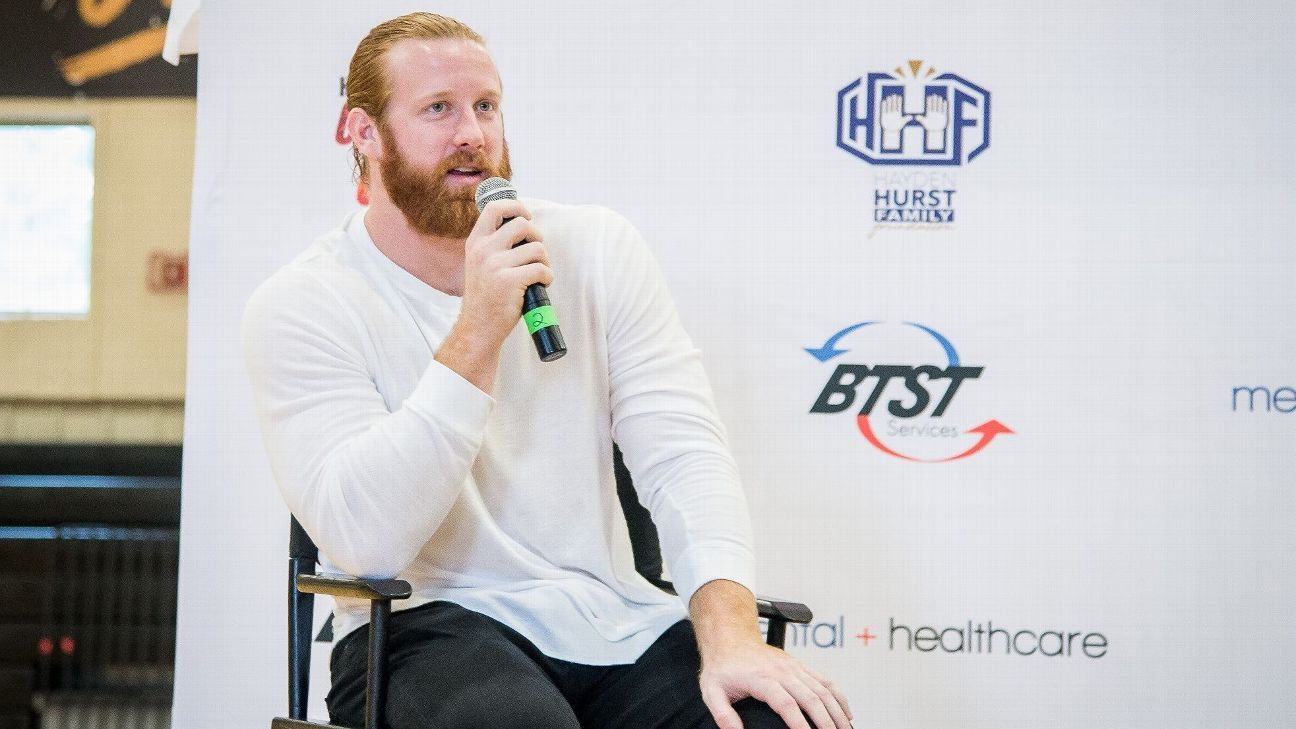 “I woke up in the hospital,” Hurst told First Coast News this week. “I didn’t know what happened. I had to have a friend fill me in. Apparently, I had been drinking and went into my apartment and cut my wrist. My friend found me in a puddle of blood. He called 911.”

Hurst, who was a football player at South Carolina at the time, drank and took pills on that night in January 2016 to the point he blacked out.

He woke to find himself handcuffed to the bed and confined to a hospital for a 72-hour period for observation. It’s what he calls his “come to Jesus moment.”

“If I had a gun that night, I probably would have killed myself,” Hurst said in a separate interview with the Florida Times-Union last month. “I’m glad I only had a knife. It’d be a totally different story.”

Hurst’s history with mental health dates back to 2013, when he was a promising pitcher in the Pittsburgh Pirates‘ minor league system. He went from throwing 97 mph to not being able to throw the ball straight. Hurst had suddenly developed the “yips,” a performance anxiety disorder that affected him so badly that pitches would sail over batters’ heads.

Hurst couldn’t hold a ball without his hand shaking. He experienced panic attacks. For the better part of three years, he spent his days sitting in a dark room watching TV and his nights trying to do anything to get rid of the pain.

“The goal was always just to get blacked out,” Hurst told the Times-Union. “Anything, Xanax or cocaine, that made that feeling go away, I tried it. Not the brightest of ideas I ever had.”

Hurst’s family understands the toll depression can take. His uncle died by suicide in 2008, as did Hurst’s cousin two years later.

“I couldn’t do anything in that hospital without asking somebody,” Hurst said. “I remember looking at the wall and thought, ‘What are you doing?’ That was rock bottom for me.”

Hurst, a 2018 first-round pick by the Ravens, is now trying to help others living with depression. He has spoken at high schools and colleges in Maryland and Florida, talking about the need for the younger generation to address mental health.

In his second season with Baltimore, Hurst finished third on the Ravens with 349 yards receiving. He caught 30 passes and scored two touchdowns.

“I don’t have the answers to fix all of this,” Hurst said. “It’s still a trial and error to this day, but I will say I have much more good days than I do bad days. I’m not this superhero that’s portrayed on TV. I’m a regular person.”