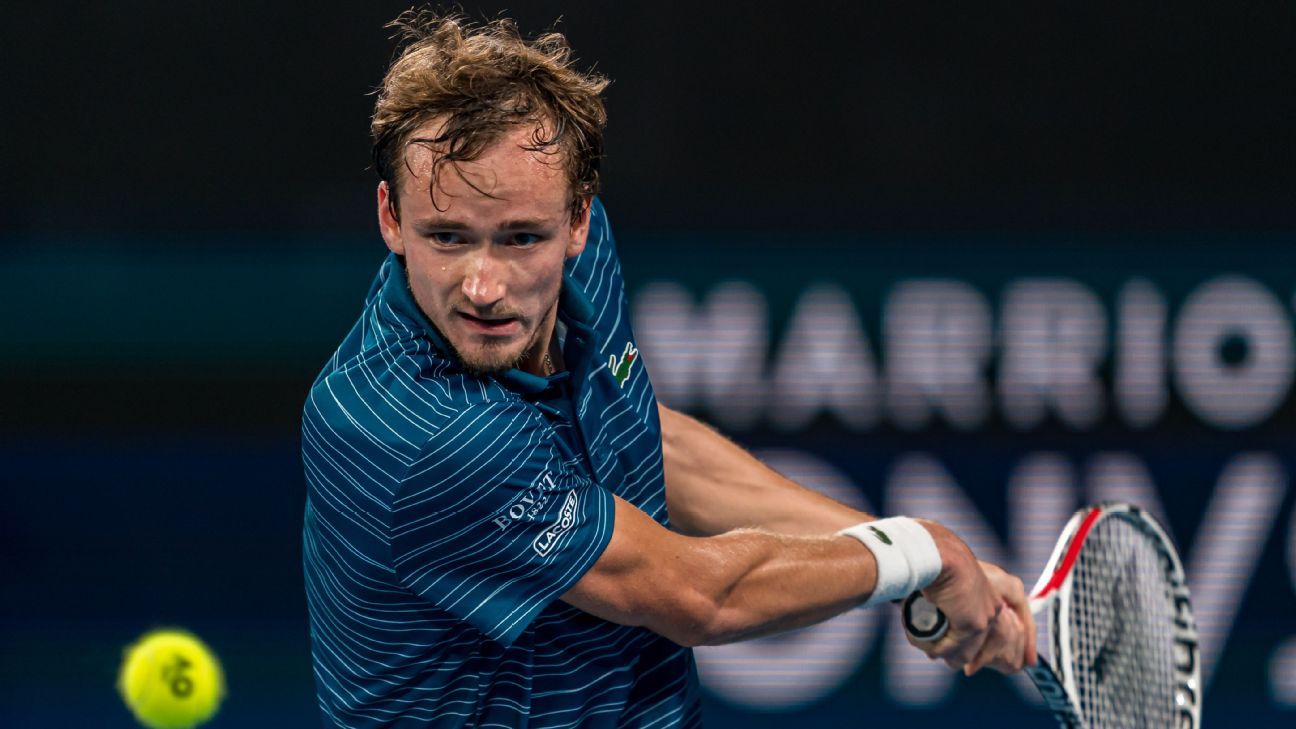 The U.S. Open runner-up, who lost in the fourth round of the Australian Open last month, dropped his serve twice but broke the Italian’s serve four times. Medvedev, ranked fifth in the world, had seven aces, and faces French veteran Gilles Simon next – who won their two previous meetings.

Strong wind suspends 3rd round at Pebble Beach
Rugby saved trans player Julie Curtiss, and she won’t let the RFU take it from her
W. Klitschko objects to Olympic path for Russians
Raptors’ Anunoby (wrist) out for at least 4 games
UNC coach Brown gets 1-year extension thru ’27