SCOTTSDALE, Ariz. — Nine miles apart, two superstars started spring training by answering the same questions about a winter filled with trade rumors. But the vibe in the responses given by Nolan Arenado at Rockies camp and Kris Bryant as the Cubs opened spring training couldn’t have been more different.

The reason? One would love to stay where he is while the other has more than intimated a change in address might be best.

“I don’t hold grudges,” Arenado said after reporting to camp. “That’s not really me. I’m also here and also have to be who I am and stand up for what I believe in.

“I’m committed. I’m committed here. I’m here and ready to go out there and play hard. I’m not going to be a negative presence in that locker room.”

Arenado spoke through clenched teeth, in the hallway at the Rockies spring facility, answering questions about his disconnect with team management. He hasn’t exactly asked for a trade, at least not publicly. Not long ago, Arenado thought the Rockies were headed in the right direction when he signed an eight-year, $260 million contract before the 2019 season. Colorado was coming off a 91-win season and back-to-back playoff berths for the first time in franchise history.

That all changed in 2019, when the Rockies’ win total plummeted to 71. An opt out following the 2021 season has given Arenado some leverage — and possibly a ticket out of town via trade. 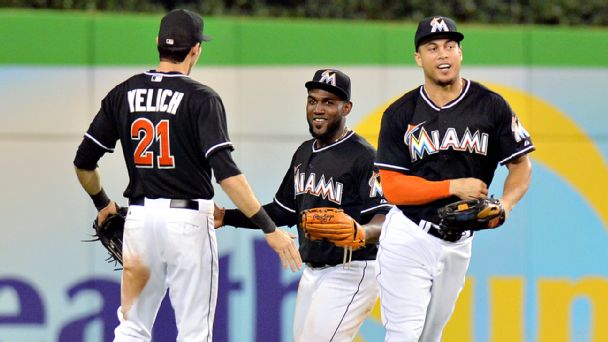 What if players stayed with the team that first drafted or signed them — forever? We ranked all 30 teams based on what they’d look like with only their homegrown talent.

Just a few exits down the 101 Highway from Colorado’s spring training home of Scottsdale, Bryant arrived in Mesa in the mood to talk right away. At 8 a.m. Saturday, he set the record straight: He wants to be a Cub. For the next 35 minutes, at a table in the media room, he answered every question. He was at ease, comfortable in his own skin.

Bryant’s name has surfaced in trade rumors, in part, because he’ll be a free agent after the 2021 season. Like the Red Sox‘s situation with Mookie Betts, the Cubs don’t want to lose a star and get nothing in return. Contract extension talks have gone nowhere so the team is looking at its options, according to multiple league sources. With so much swirling, Bryant had a much-needed meeting with team management.

“It was cool to sit down and get that off our chest and checklist and now we move on and I’m ready to win games,” Bryant said. “I really am.”

Bryant might have gotten some short-term assurances, but there’s little chance the Cubs can convince him he’ll be with the club long term, barring a mega-contract offer. Meanwhile, Arenado has yet to have that heart-to-heart with management. As at ease as Bryant was in detailing his feelings, the Rockies slugger was searching for words.

“We always have meetings and stuff like that,” Arenado said. “There is not a lot of talk yet. There will be some meetings, for sure, about the team and how we can get better. We’re trying to win so a lot of the talks will be about that.”

Arenado seemed most comfortable when he admitted that he and the front office aren’t on the same page. Bryant feels like he got some answers while Arenado might still be waiting for his.

“I wasn’t panicking about it at all, to be honest,” Bryant said. “It didn’t fluster me. These talks are what they are. They happen and sometimes there’s a little bit of friction, but that’s OK.”

Asked if he thought the lines of communication are open, Arenado paused for a moment.

“I thought there would be more,” he responded.

Bryant had some of the same feelings until he had his sit-down with Cubs brass. Hardly a day went by this offseason without his name attached to another team as a potential trade suitor. Would the Braves trade for him to bat cleanup? Did the Nationals want him to replace Anthony Rendon? The Rangers could have used another hitter as they enter a new ballpark. There was even a scenario that had Bryant ending up on the Los Angeles Dodgers.

“Rumors are just rumors,” Bryant said. “I guess I would like to be in the loop a little bit, and it’s safe to say they obviously don’t have to keep me in the loop by any means. I feel like I’ve earned a little respect here.”

He didn’t say it in as many words, but Arenado seems to be feeling the same. And this is where their stories really converge in the craziest of offseason rumors: The Cubs and Rockies talked this winter about a star-for-star trade — one that would rock the baseball world and assuredly both fan bases. It got to the point that ownership was on the phone with each other, according to sources familiar with the talks, but nothing got that close.

Where they go from here

Pedro Gomez reports on Kris Bryant’s desire to remain with the Cubs for the long term.

Bryant got some kind of quasi-assurance he’ll be with the Cubs on Opening Day and all indications are Arenado will be with Colorado. Internally, the Rockies are confident they’ll return to their winning ways and their cornerstone player will want to stay.

The Cubs think they can win too, but still have a player who will be less than two years from free agency with every passing day. One executive in Arizona this February — who actually thought Bryant would have been traded by now — believes there is little chance both players will be on their respective teams come Aug. 1.

“It all depends on how the first three months go, but I see something happening with one or both of those guys,” the executive said, adding that the issues that put them on the trading block in the first place may well still be in place come July.

As for the two players, the people around them are their biggest advocates.

“Who wouldn’t want that guy at the hot corner?” Rockies pitcher Kyle Freeland said of Arenado. “He’s a guy you want to hold on to no matter what. As a pitcher, it’s a different mindset over there [third base] when he’s playing.”

Asked if he hoped Bryant would not be traded this winter, new Cubs manager David Ross had to laugh.

“Duh,” he joked. “Don’t trade my All-Stars. Kris Bryant helps us win games. If Theo [Epstein] calls me and asks me, ‘Do you want Kris Bryant on your team?’ I would tell him ‘yes.'”

For now, camp will dictate both players’ schedules. Bryant, more comfortable than he was a few days ago, and Arenado, still unsure, need to prepare for the 2020 season. The batting cages and baseball diamonds will be their refuge.

Bryant added: “I’m ready to play and put that other stuff behind us.”

For now, that should be possible, but the issues that brought these players into the same narrative probably aren’t going away — save a great start to the Rockies’ season or a contract extension for Bryant. It means we’ll revisit this in July when the trade deadline could finally force a move for one or both players. And who knows, maybe for each other.

USFL signee Lemonier, ex-Lions LB, dies at 25
Wilks ‘disappointed, not defeated’ by Reich hire
What to do with Dak Prescott: Three options the Cowboys must consider
Ladies first: Iowa’s Mir lands UFC’s first NIL deal
Joey Votto isn’t just a future Hall of Famer; he is the future of the Hall of Fame