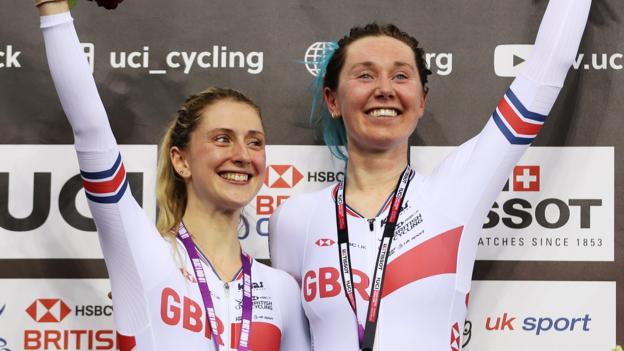 Great Britain’s Olympic medal hopefuls will test themselves against the world’s best at the UCI Track Cycling World Championships in Berlin.

Jason and Laura Kenny, who hold 10 Olympic golds between them, are the star names seeking to show their form in the build-up to this summer’s Olympics.

Four-time Olympic champion Laura chose not to have an operation on a broken shoulder so she can continue her Tokyo 2020 preparations.

You can watch live coverage of the championships on BBC Two, BBC iPlayer, BBC Red Button and via the BBC Sport website and app, with all of the action available to watch again on the iPlayer.

All times listed are GMT and are subject to change

Schedules and coverage times are subject to late changes. The BBC is not responsible for any changes that may be made.

You can view BBC Sport output as well as listen to our radio sports programming on the BBC iPlayer.

National and regional variations have been included in this list where possible, but please check your local listings for more detailed information.

‘Mate, we can do it. I have full faith in ourselves’
Malone, Nuggets staff set to coach Team LeBron
Live updates from Las Vegas: A roughness penalty in flag football?
Dodgers CEO: Decision to cut Bauer ‘unanimous’
Fantasy 30: Updates on Kyrie Irving, Jayson Tatum and Tyrese Haliburton