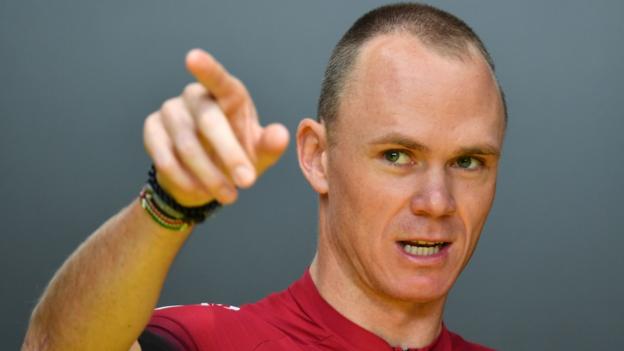 Four-time Tour de France winner Chris Froome says he feels like he has been given a “second chance” following his serious crash last summer.

The 34-year-old has been out for eight months after being badly injured in a Criterium du Dauphine practice ride.

Speaking before his return to action at the UAE Tour on Sunday, the Team Ineos rider said: “It’s all I’ve thought about for months, being back racing.”

He added: “It feels like I’ve been given a second chance to come back to pro racing after a crash like that. I’m definitely not taking that for granted.”

Froome became the first British rider to win the Giro d’Italia in 2018 and was preparing for the 2019 Tour de France before his crash.

A month after crashing, he was belatedly declared the first British man to win a Grand Tour when he was awarded the 2011 Vuelta a Espana after Juan Jose Cobo was banned for doping.

Froome, who will chase a record-equalling fifth Tour de France title in 2020, added: “The year’s gone incredibly well so far but having said that I do still need to manage expectations. It’s going to take me a while to get back to that [race-winning] shape.”

Froome’s four Tour de France victories came between 2013 and 2017, while only four riders have won the Tour five times.