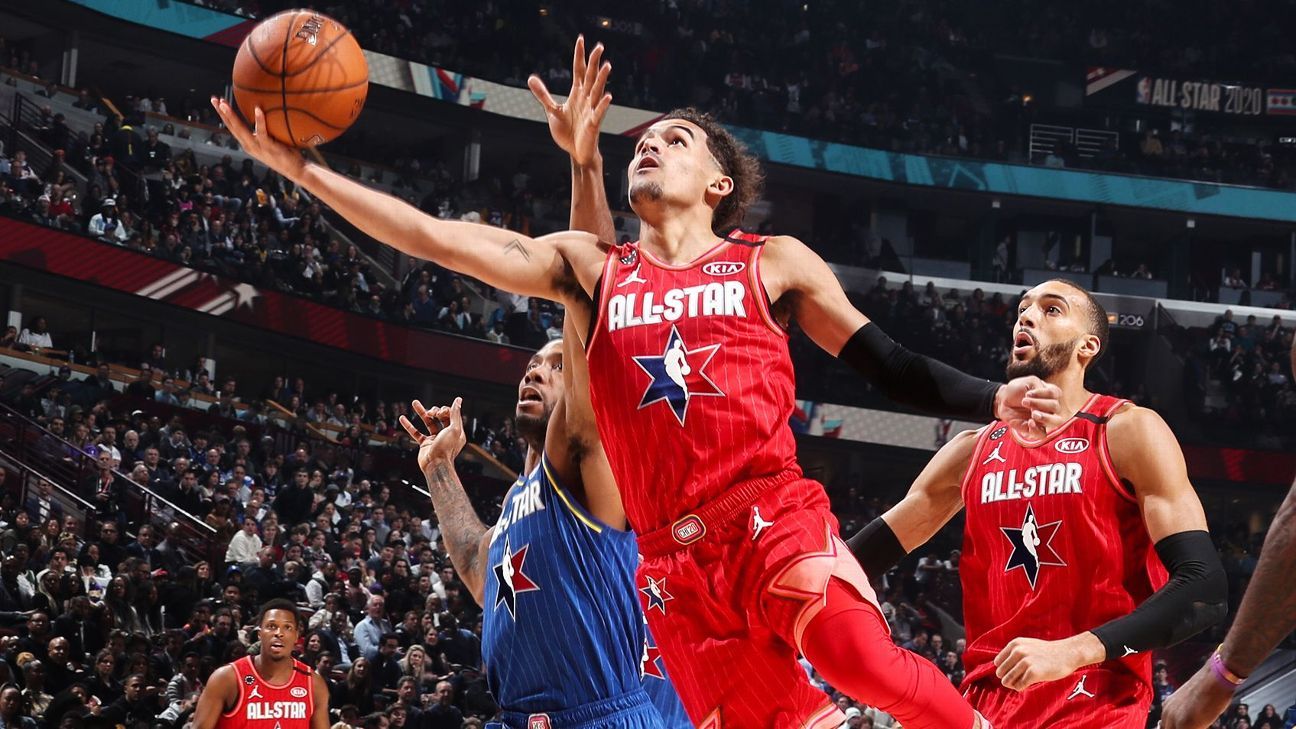 It is a “good assumption” the NBA will use a target score to end next season’s All-Star Game after experimenting with the concept for the first time on Sunday, Byron Spruell, the NBA’s president of league operations, told ESPN Wednesday in New York.

That is not set in stone yet, as league higher-ups have not fully debriefed since Sunday, Spruell said. But there is real momentum behind using the concept going forward at the All-Star Game.

Team LeBron [James] defeated Team Giannis [Antetokounmpo] 157-155 on an Anthony Davis free throw that took Team LeBron’s score up to the designated target of 157. The league tabulated that number by adding 24, one of Kobe Bryant’s jersey numbers, to the leading team’s score after three quarters.

The idea is similar to the “Elam Ending” used in The Basketball Tournament, a $2 million winner-take-all tournament held over the summer. Nick Elam, a professor at Ball State University, came up with the idea of generating a target score by adding points to the leading team’s total once the clock crosses a certain threshold in the fourth quarter. His main goal was to eliminate intentional fouls. He pitched the idea across the NBA before finding a willing audience with The Basketball Tournament. That event currently adds eight points to the leading team’s score once the clock hits 4:00.

The Big Three, a 3-on-3 league co-founded by Ice Cube, also uses a target score instead of a running clock.

The NBA and the players union have been working for years to make the All-Star Game more competitive. Changes began in 2017-18, when the league scrapped the East-versus-West format and replaced it with one in which two captains pick teams from among 24 All-Stars.

Chris Paul, the president of the players union, coached a team in The Basketball Tournament last year and grew fond of the Elam Ending. He suggested it as one potential tweak for the All-Star Game in meetings with the league earlier this season, Paul and Adam Silver, the NBA’s commissioner, have said. Jose Calderon, special assistant for Michele Roberts, the executive director of the players union, and Kyle Lowry, a member of the NBA’s competition committee, were also enthusiastic supporters, Spruell said.

The group initially discussed calculating the target score by adding 38 – the average 4th quarter output per team under the dueling captains All-Star system, Spruell said — to the leading team’s total after the third quarter. They dropped that to 35, and then to 24 to honor Bryant. If they use a target score again next season, they will likely add more than 24 to the leading team’s score and incorporate at least one television timeout, Spruell said.

The 4th quarter of Sunday’s game featured intense play over the equivalent of 15 minutes of game time and 39 minutes of real time, league officials told ESPN.

“The intensity popped,” Spruell said. “The guys really bought in.”

“The ending was good,” Nick Nurse, the Toronto Raptors coach who helmed Team Giannis, told ESPN. “And it would be even more interesting with some practice.”

The NBA will “discuss” using the target score system in the G League, but any full-scale adaptation there seems unlikely. The league has some concern about making G League play too different from play in the parent league, since one of the G League’s main functions is to prepare players, coaches, and referees for the NBA, Spruell said.

“We want to have as much consistency of play as possible,” between the G League and the NBA, Spruell said.

A first step might be using the target score system at the annual G League Showcase, Spruell said.

The league will also discuss using a target score in the elimination rounds of any mid-season tournament, should the Board of Governors at some point vote in favor of adding one to the league schedule. The league wanted to add a mid-season tournament and a separate play-in tournament for the final two playoff spots in each conference — among other scheduling changes — for the NBA’s 75th anniversary season in 2021-22, but hopes for that appeared to dwindle last month when the NBA backed off plans to bring the measures to a Board of Governors vote in April.

Spruell reiterated that adding both remains on the NBA’s wish list, and that the league would like to add them at the same time — as opposed to adding one without the other. The league has not abandoned hope of adding them in time for the 2021-22 season; the Board of Governors could vote on those measures again in September, Spruell said.

The league is still considering re-seeding the final four in the playoffs by overall record, regardless of conference affiliation, but Spruell acknowledged a relative lack of support for that plank of the NBA’s slate of reforms.

“It’s still up for discussion,” he said. “It just didn’t have as much of a favorable reaction as the other two pieces.”

The most recent version of the in-season tournament included pool play, with designated tournament games built into each team’s regular schedule. The top-eight teams based on the results of pool play would then meet in a single-elimination tournament. Under the most recent proposal, all games — including pool play — would fall between Christmas and the week of Martin Luther King Jr. Day, Spruell said.

The league has considered using a 40-minute format for games in the elimination portion of the tournament, Spruell said. Given the outcome of the All-Star Game on Sunday, the league will also discuss the possibility of using an Elam Ending-style target score in those elimination games, Spruell said.

“We were already looking at 40-minute games to make those games look a little different,” he said. “So here again [the target score] is something we would consider.”

If the NBA uses the target score at next season’s All Star Game, they may tinker with the rules so that the game cannot end on a free throw, Spruell said. They have already discussed taking points away from any team that commits a shooting foul on a potential game-winning shot instead of awarding free throws, Spruell said. They could also force that team to remove the player who committed the foul for a certain number of possessions, and replace him with someone else, Spruell said.