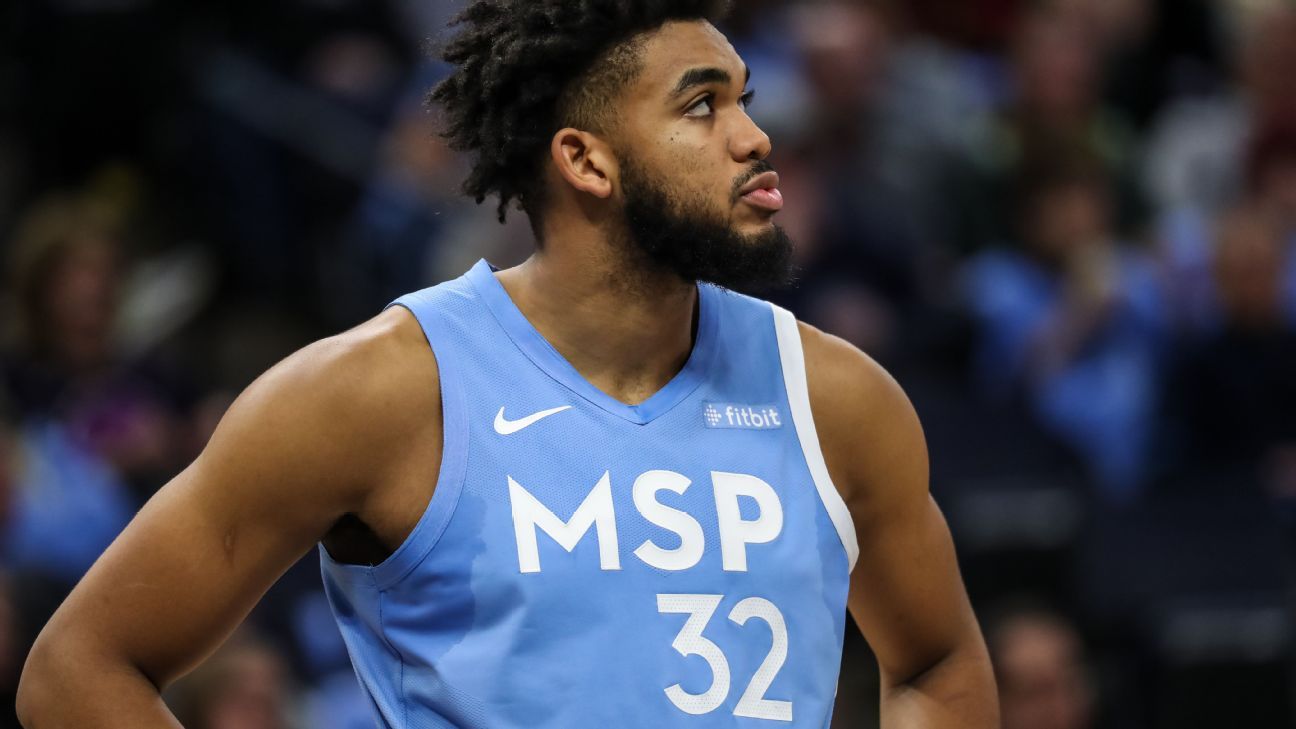 Minnesota Timberwolves center Karl-Anthony Towns will remain sidelined indefinitely as he continues to recover from a left wrist injury.

Coach Ryan Saunders told reporters that the team held Towns out of its first practice after the All-Star break on Wednesday. Saunders said Towns will miss upcoming games, but the coach did not specify how many.

Towns missed Minnesota’s final game before the All-Star break after an MRI revealed the injury.

Towns is averaging a career-best 26.5 points and 10.8 rebounds per game this season. He missed 15 games earlier this season with a sprained left knee.

Minnesota returns to action Friday night at home against the Celtics.