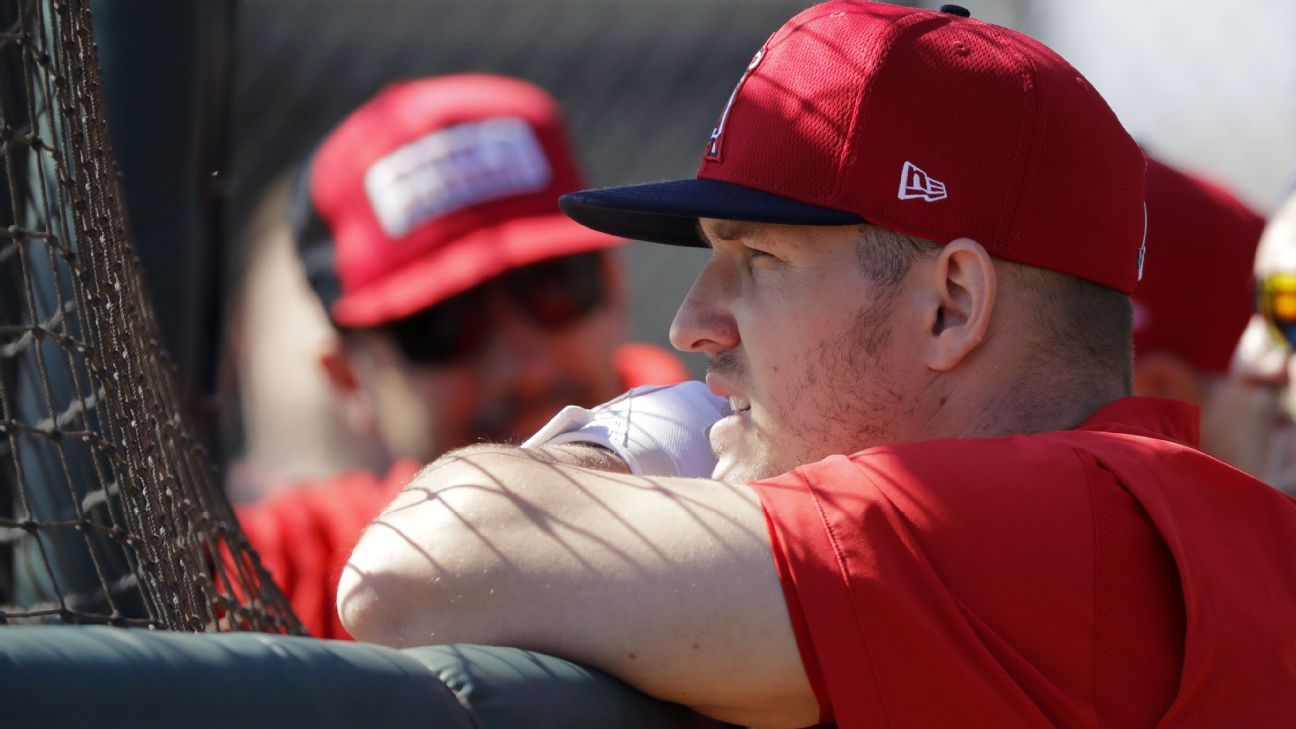 TEMPE, Ariz. — Mike Trout — exemplary athlete, polished face of baseball, as uncontroversial as they come — stood in front of an Angels-themed backdrop Monday morning and joined the swelling list of star players taking pointed shots at the Houston Astros. Trout stated that he “lost respect” for peers he once considered friends, called all of this “sad for baseball” and cracked jokes about how “fun” it would be to know which pitch was coming. Twenty-five miles west, at Dodgers camp in Glendale, Arizona, Justin Turner, among the game’s most respected veterans, went out of his way to torch Major League Baseball’s commissioner, Rob Manfred, for the way he seemed to minimize the World Series trophy.

Players everywhere, from Arizona to Florida, in spring training camps dotted throughout both states, have been outspoken in ways a buttoned-up sport like this has never seen. The scathing remarks, aimed at both their peers and the man who oversees their sport, have come from household names and fringe major leaguers, each new voice empowering the other, every day producing new triggers. By the time Los Angeles Angels manager Joe Maddon held court Monday, Trout’s comments had already gone viral, adding more fuel to a fire that seemingly won’t stop burning.

Maddon called for a moratorium.

“At some point,” he said, “we have to stop talking about it. I mean, it’s been hashed, rehashed and triple-rehashed. If you watch TV, which I don’t do a lot of but they put it on in my office — my goodness, how many different ways can you dissect this? Wounds have to heal. They have to scab over. But if you keep picking at it, it never heals. We have to get to that point where you allow the healing process to begin.”

This, perhaps, is part of the healing process. Probably the initial stage of it. Some of the players’ comments have been flawed and reckless and hyperbolic, which merely provides a snapshot into the way most of us process anger — emotionally, not rationally. Today’s baseball players are displaying a transparency and honesty rarely seen by athletes of their stature. It’s humanizing them in ways that fans should appreciate.

“I figured they would get backlash,” Angels third baseman Anthony Rendon said of the Astros, “but the anger that’s been coming out is definitely surprising.”

Rendon was born and raised in Houston and grew up rooting for Astros teams featuring Jeff Bagwell and Craig Biggio. He spoke less than five months after his Washington Nationals defeated the Astros in seven World Series games and sounded more sympathetic than most.

“None of us are perfect people,” Rendon said. “We’ve all made mistakes, we’ve all fallen short.”

“I understand players’ frustration and stuff like that, but I think, in my opinion, it’s already getting a little bit too much,” he said. “We have to move past it at some point.”

Aaron Judge speaks about the Astros sign-stealing scandal and believes Houston should be stripped of its 2017 title.

The opinions have been diverse but have mostly followed these common themes:

1. Stealing signs the way the Astros did, and knowing which pitch was coming, is a big deal and should not be diminished.

2. Astros players should have been punished.

4. The Astros’ illegal sign-stealing practices extended into the 2019 season, even though MLB’s investigation stated otherwise.

Before fielding questions from the assembled media at a ballroom in Scottsdale, Arizona, on Tuesday afternoon, Manfred apologized profusely for referring to the World Series trophy as “a piece of metal,” a choice of words that drew the ire of Turner and Jon Lester. Later, Manfred was asked if he had ever experienced such vitriol within his sport.

“I’ve been around a long time,” Manfred said, “and I’ve never seen this kind of commentary from players about other players in the entire time that I’ve been involved.”

Most of the anger is rooted in self-interest, as is typically the case. It stems from a belief that nothing in sports is more difficult than hitting major league pitching. More specifically: that nothing is more difficult than deciphering spin coming out of a pitcher’s hand and reacting quickly enough to meet the barrel with the baseball, particularly in an era of unprecedented movement and velocity. Hitters dedicate their lives to shortening that reaction time; pitchers obsess over ways to keep them guessing.

“You see guys who maybe got kicked out of the league because they got beat by Houston in 2017, you got guys who maybe should’ve won an MVP, or whatever it may be, or stats that are changed,” Dodgers starter Clayton Kershaw said. “It’s just a bad feeling because you feel kind of helpless about it. I think guys don’t really know how to feel just because it’s never really happened before, so you’re seeing a lot of different responses from a lot of different people.”

There’s a lingering fear, amid all the noise, that all of this anger has disjointed the players’ union at a time when it must come together for a brewing labor fight. One player rep made a counterpoint — most of the players are actually together, both in their anger toward Manfred and in their anger toward the Astros, whose members make up only 3% of their union. But what if the criticism continues, and suddenly other teams are outed for similar crimes, and the distrust among players escalates?

“Yeah,” the player rep said, “that would be bad.

It illustrates a predominant fear, one represented by the question several coaches, managers and front-office executives have posed in recent days: When, and how, will this end?