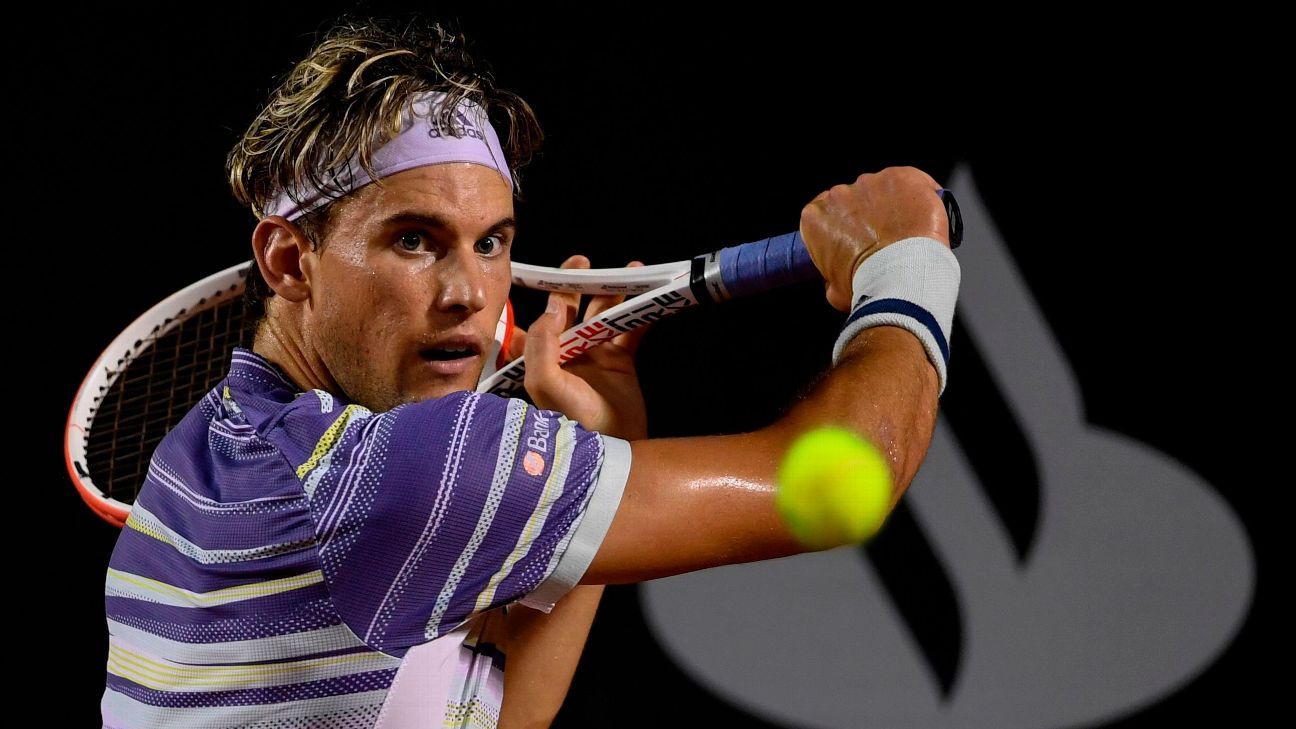 RIO DE JANEIRO — Dominic Thiem won his first match since losing to Novak Djokovic in the Australian Open final, advancing to the second round of the Rio Open on Tuesday.

The top-seeded Thiem outlasted Brazilian Felipe Meligeni Alves for a 6-2, 4-6, 6-1 victory. It looked as though Thiem experienced some discomfort in his left knee during the second set, but the Austrian managed to recover as soon as the third set began.

No. 8 seed Casper Ruud of Norway, who won the Argentinian Open on Sunday, was eliminated. The 21-year-old Ruud lost 7-6 (4), 7-5 to Italian Gianluca Mager.