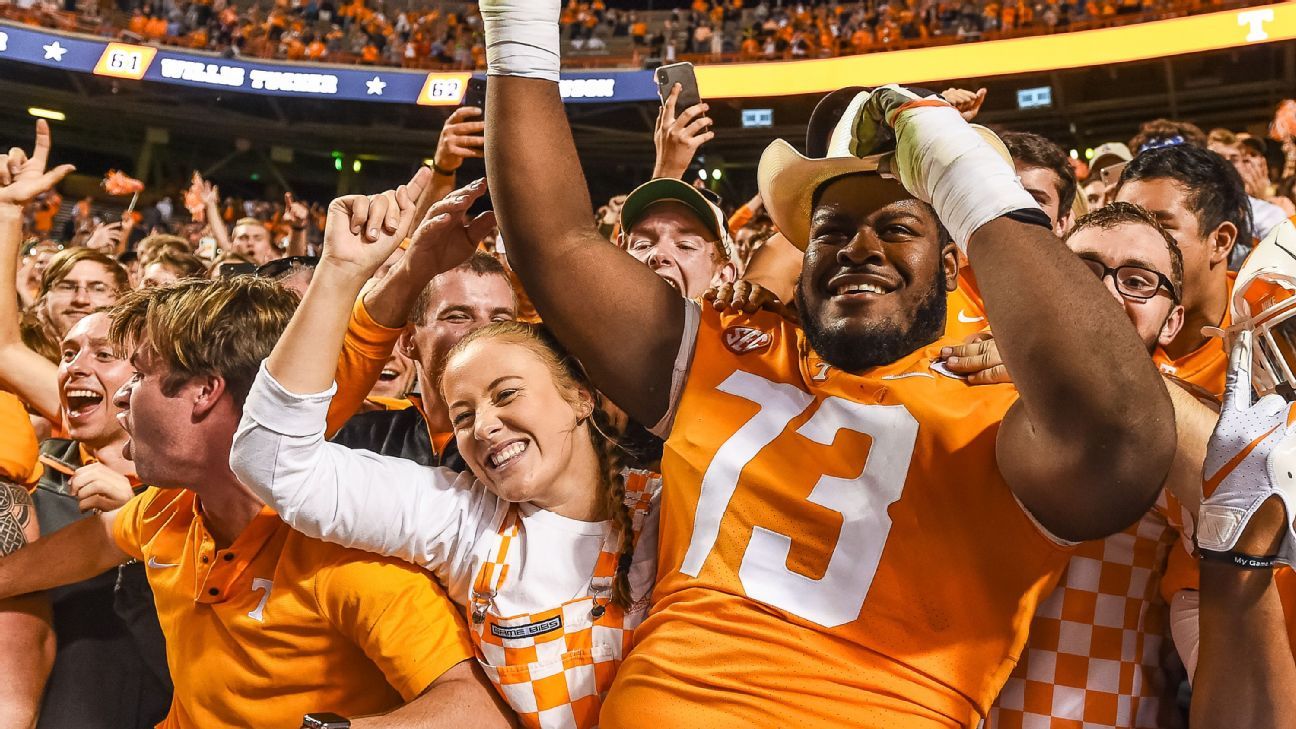 FRISCO, Texas — Tennessee offensive lineman Trey Smith has won the Jason Witten Collegiate Man of the Year Award given annually to a Division I football player who has shown exceptional courage, integrity and sportsmanship on and off the field.

Smith’s career was in question after blood clots were found in his lungs in 2018, but he came back to earn first-team all-Southeastern Conference honors this past season.

Smith has led coat drives for the Knoxville Area Rescue Ministry each of the last two seasons. Over 1,000 coats were donated each year. Smith also frequently speaks to youth groups and elementary schools.

A $10,000 contribution in Smith’s name will go to his school’s athletic scholarship fund. The contribution will be made by Witten’s SCORE Foundation.

The rise of the same-game parlay, America’s new favorite way to bet
‘I’m going to do it my way’: Steve Cohen on his offseason spending spree
Ranking the UFC 284 fights: There’s no debating which fight is No. 1
Reports: Heat trading Dedmon, pick to Spurs
Ky. Busch apologizes for gun violations in Mexico