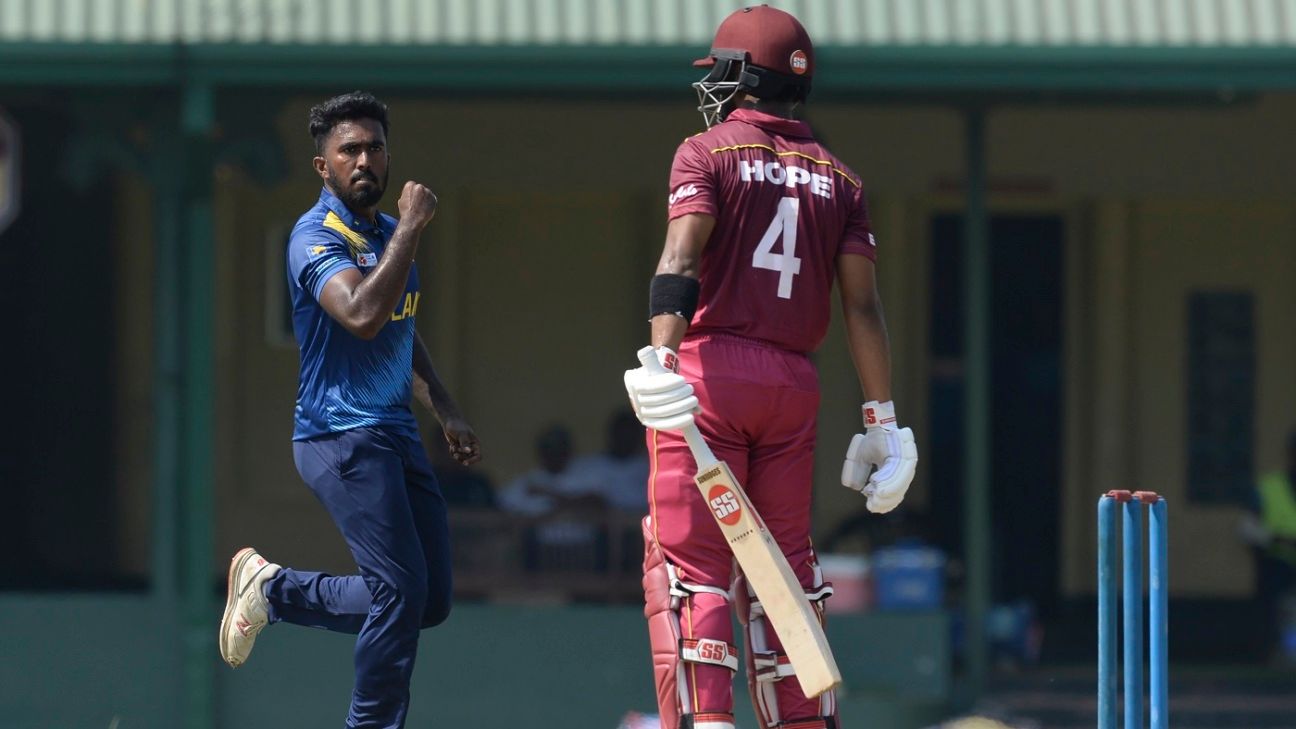 As Sri Lanka and the West Indies prepare to square off in the first of three ODIs on Saturday – which will be followed by two T20Is next month – the series offers the chance for both sides to benchmark themselves as they work towards the T20 World Cup later this year.

For the West Indies, it’s an opportunity to see if they can build on their impressive showing in India in December, when they went toe to toe with arguably the top limited-overs team in the world. Eventually, they came away on the wrong end of narrow 2-1 series defeats in both the ODIs and T20Is.

For Sri Lanka, after a chastening T20I series loss in India and an underwhelming Test series win over Zimbabwe to start the year, this series offers them a chance at testing themselves against a quality opposition but aided by familiar home comforts.

“We’ve got some realistic goals that we want to achieve over the next couple of years, and this is the start for us,” Sri Lanka head coach Mickey Arthur said at a media briefing in Colombo on Wednesday, ahead of the start of the series.

Arthur, who will be taking the reins of the ODI side for the first time since being hired as national coach, said he was particularly keen to see how his players adapted to the newly allocated roles given to them. But more than that, he was hopeful that good results over the coming weeks had the potential to give his players some much-needed belief in the process put in place.

“We’re very realistic about where we’re at at the moment but we have some very good goals that we want to achieve over the next couple of years,” he said.”We just want to keep getting better and better. Everybody has certainly been given very clear role definitions, so to see how the guys embrace those role definitions is going to be very, very interesting.

“Also we need to establish what’s going to be our best brand of cricket and how we’re going to go about that, and hope that we can get some results which will give the confidence in the brand of cricket we want to play over the next couple of years. Because ultimately that gives you sustainable success, and that’s what we’re all in the game for.”

As for West Indies head coach Phil Simmons, the tour is more about looking to carry on the progress that was so evident against India.

“For the last three months we’ve been trying to build both our white-ball teams,” Simmons said. “We’re looking at improving. And [at the end of this tour] if we’ve gotten better than we were in India then we could be walking away with the series.”

One of the main areas for improvement the team has been eyeing since that India tour has been in their bowling. While the West Indies batsmen have never been short of confidence, Simmons felt it was in the bowling department that impactful gains could be made.

“I think during the series we played well, but we just had to improve our bowling. We’ve been working hard on that, in terms of getting more wickets in the middle overs and things like that. I think we’ve improved and we’ll see what happens in this series.”

The first ODI takes place in Colombo on February 22.