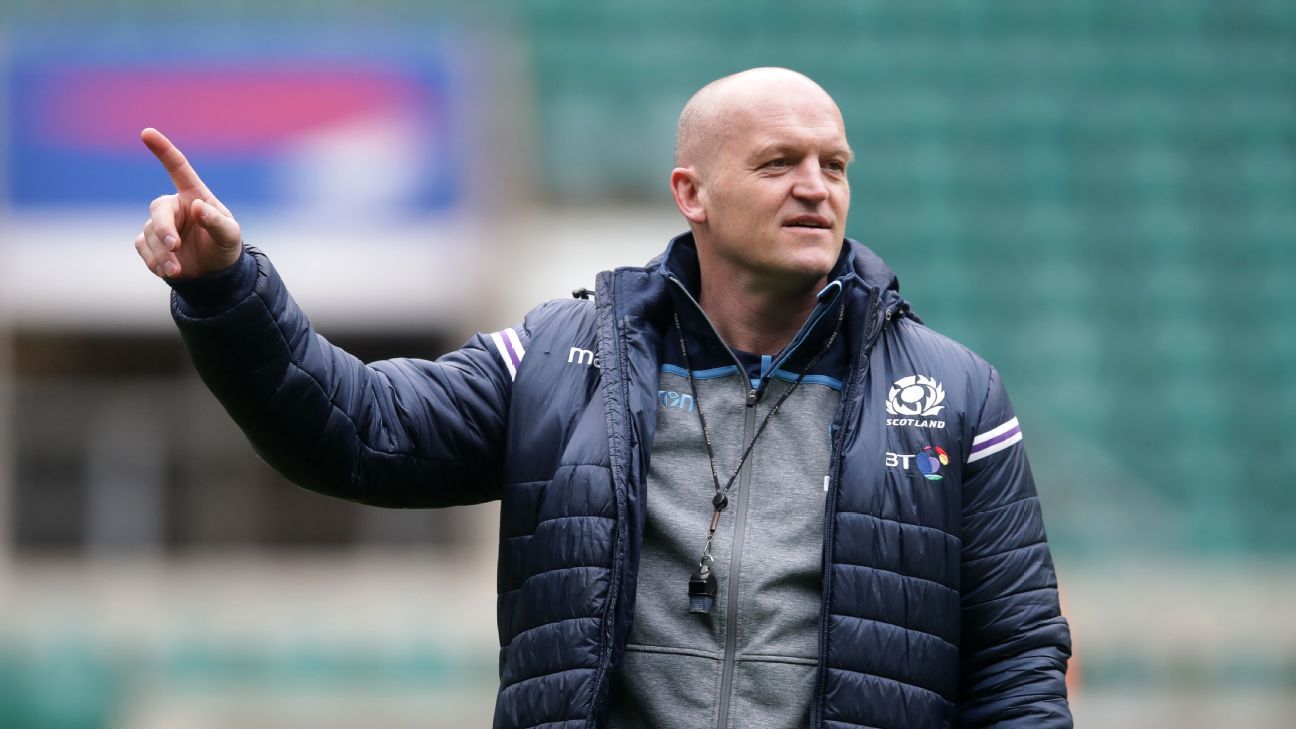 Scotland coach Gregor Townsend has made three changes to the starting team to face Italy in Rome in the Six Nations on Saturday.

Edinburgh forwards Stuart McInally and Ben Toolis and Gloucester centre Chris Harris have all won spots on the team.

Toolis replaces the injured Jonny Gray while Townsend said McInally and Harris had both earned places on the starting team.

“We believe Chris [Harris] and Stuart [McInally] deserve this opportunity. They were very close to the starting fifteen when we entered this campaign. We think this is the right time for them to come in,” Townsend said in a statement.

Elsewhere on the team Townsend has stuck with tried and tested combinations.

Half-back is dominated by Glasgow Warriors’ Ali Price and Adam Hastings for the third test in a row while the back-row remains the all-Edinburgh set up of Jamie Ritchie, Hamish Watson and Magnus Bradbury.

Scotland’s Six Nations campaign has been marred by the absence of Finn Russell. Following a disagreement before the tournament, Russell left the squad and has engaged in a public war of words with Townsend over his place in Scotland Rugby.

Scotland are fifth in the tournament after losing 19-12 to Ireland and 13-6 to England.

The Celtics have been the one constant in LeBron’s career
Way-too-early tennis rankings and predictions for the rest of 2023
CAA signs eight in initial women’s hockey push
Mikheyev to have surgery; played with torn ACL
Why we could have to wait until 2024 to see Artur Beterbiev vs. Dmitry Bivol in a must-see matchup