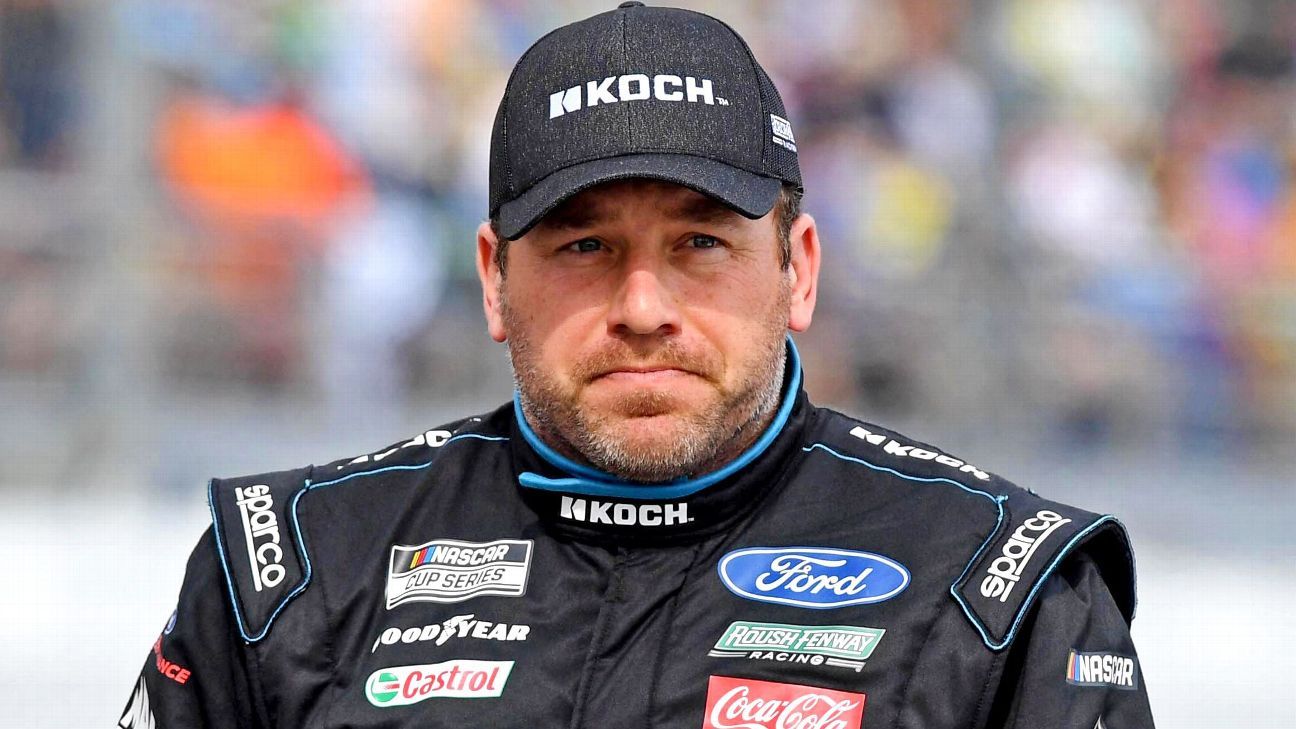 Ryan Newman has been released from Halifax Medical Center in Daytona Beach, Florida, two days after his frightening crash on the final lap of the Daytona 500.

Roush Fenway Racing said Wednesday that the 42-year-old driver had been released, hours after tweeting that Newman “continues to show great improvement” and saying “true to his jovial nature, he has also been joking around with staff, friends and family while playing with his two daughters.”

The team included a photo of Newman exiting the hospital, holding hands with his two children.

Ryan Newman has been treated and released from Halifax Medical Center pic.twitter.com/J0twhGgQm7

Newman was injured Monday night when he crashed while leading NASCAR’s biggest race. Contact from Ryan Blaney sent Newman spinning into the wall, and his Ford went airborne before being hit by Corey LaJoie in the driver side door.

The car landed on its roof, slid across Daytona International Speedway and came to a rest upside down and on fire, with gasoline pouring out of the vehicle. It took a safety team nearly 20 minutes to remove Newman from the car, and he was taken to the Daytona Beach hospital.

No details regarding what injuries Newman has have been released. The team also has not announced who will drive the No. 6 Ford at Las Vegas this weekend.

Meanwhile, both Blaney and LaJoie have stepped back from racing to process their roles in the accident. LaJoie climbed from his own burning car and dropped to his knees on the track, learning only after he was checked at the care center that Newman was injured.

Blaney seemed distraught as he paced beside his car following his second-place finish to Denny Hamlin.

Bubba Wallace, one of Blaney’s best friends, said he spent time with Blaney on Tuesday and advised him to stay off social media for a few days.

“He’s holding up, of course devastated and bummed about the situation,” Wallace tweeted. “Had to sit there and explain to him could’ve happened to him or any of us in the field. IT’S RACING. Just unfortunate to be on either end of it.”

Wallace also praised Blaney’s atttempt to push Newman to the win in a move of brand alliance for Ford. It was when Blaney tried to lock onto Newman’s bumper to give him a shove that the cars didn’t align properly and Newman was hooked into a spin.

“I know Ford should be proud to have him under their banner because he was so content on pushing his Ford teammate to win the biggest race of the year,” Wallace continued. “Which makes it worse [because] a simple selfless gesture went south in the blink of an eye.”