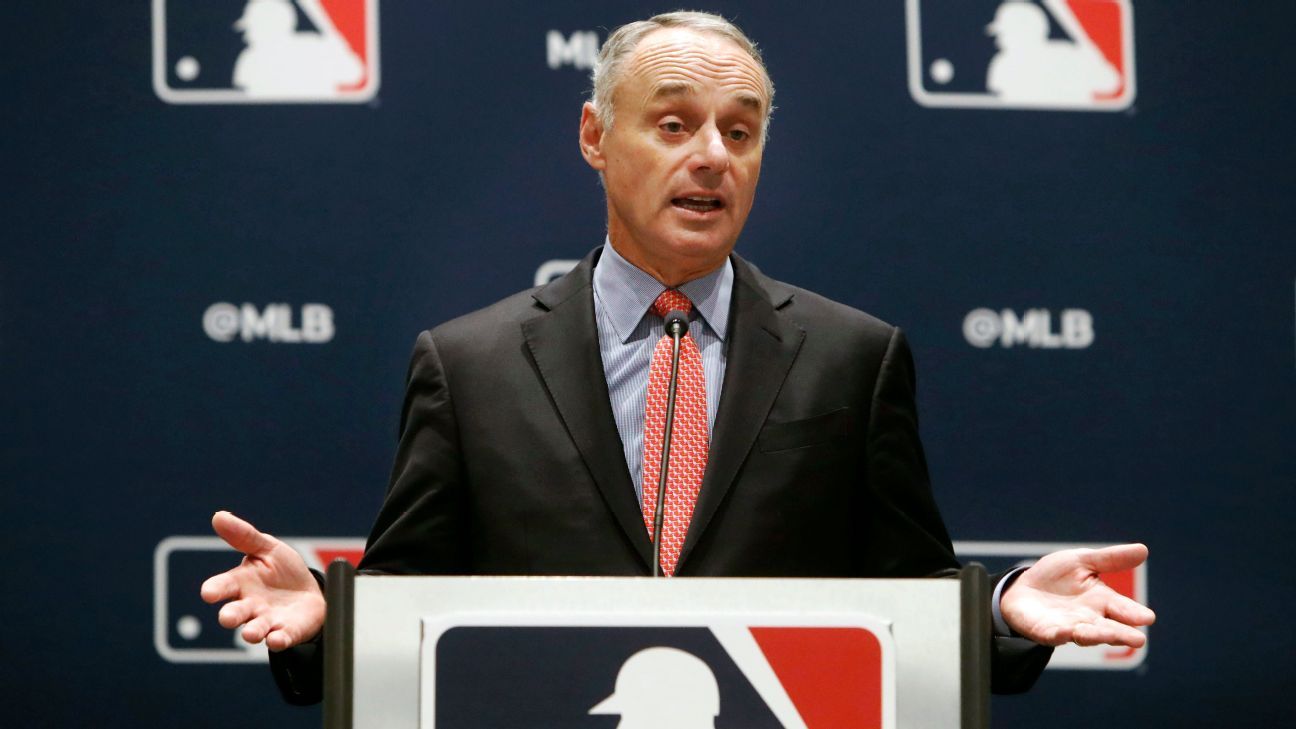 Now even LeBron James has weighed in on the Astros scandal, with the King calling on commissioner Rob Manfred to listen to aggrieved, angry players like Mike Trout, Aaron Judge and Justin Turner, and do something more than what he has done.

Manfred’s options are limited by the immunity granted to players during the sign-stealing investigation, but more because of the inherent limitations of operating under a collective bargaining agreement. As some opposing players have noted, taking away the Astros’ 2017 World Series title is impractical, maybe even a little silly; the games were played, they were won and lost, and you can’t go back in a time machine and take away the Astros’ competitive advantage. And it’s possible that if Manfred tried to vacate the title, he would run afoul of the MLB Players Association, which could legally challenge the premise that he has the power to unilaterally take away a championship.

But there’s another option through which the collective anger we have seen over the past three months could coalesce: Manfred could take the step of wielding a formal and final and unprecedented resolution of censure of the 2017 Houston Astros.

He could ask the owners for their backing and then forward the final resolution to the members of the players’ association, giving the Astros’ frustrated brethren an opportunity to vote their disapproval. A sportwide condemnation would be a permanent stain of ignominy.

Manfred could say: As I’ve had more time to process the fallout from what the Astros did in 2017, and as I’ve heard from fans and players throughout the sport, I believe more action is warranted, beyond the initial penalties handed down Jan. 13. For repeatedly cheating against its opponents throughout the regular season and postseason, as established in the Major League Baseball’s investigation, the 2017 Houston Astros are hereby censured, a designation to be forever noted in baseball’s official record book.

If Manfred took these steps, he would find support within the industry, given the apparent fury over the Astros’ handling of the aftermath — much of it lacking remorse or contrition, or even an acknowledgement that their sign-stealing system was potentially difference-making. “Our opinion is this didn’t impact the game,” Astros owner Jim Crane said last week, words that ricocheted around the game.

“This is really bad for baseball,” a senior official said. “Jim has handled this atrociously. They have not accepted responsibility, and acted like, ‘This is no big deal, everybody was doing it,’ when it’s apparent that they had an advantage. They just refuse to take responsibility, and now is the time for the other teams to act.”

A censure might feel soft initially, without the teeth of a suspension or the revocation of riches. But the weight of history would prevail. Moving forward, references to the ’17 Astros would inevitably contain the qualifier that the group was censured for cheating by peers.

Look, even if Manfred doesn’t take any more action, the legacy of the players on that team is forever diminished. It’s already apparent they will be remembered as cheaters to most in the court of public opinion, and in the eyes of many of their peers — cheaters who wielded an illicit competitive advantage. But for all of the majesty implied in the title of commissioner, Manfred has almost no leeway to discipline the players, even after declaring in his findings that the Astros’ scheme was player-driven. Judge, Trout, Cody Bellinger and others can confirm that for themselves with union chief Tony Clark, as the players’ association begins its annual spring training get-togethers.

Had Manfred refused to grant immunity to the Houston players as Major League Baseball dove into its investigation, then the union would’ve interceded and protected players in legal peril — and protecting members is exactly what any union should do. Many or all of the players would’ve refused to answer questions, and then Manfred would’ve run into the same types of problems that George Mitchell did in his laughable investigation of the steroid era. No subpoena power, no absolute proof that Player X benefited from the sign stealing. MLB investigators probably would’ve gotten a lot of, “I don’t recall.” Or, “I didn’t hear the trash can banging.” Manfred is right in this regard: At least the core of the truth is exposed.

But Manfred has the power to go one step further and distinguish that Houston championship from all others in baseball history.

As Roger Maris and Mickey Mantle closed on Babe Ruth’s single-season home run record in 1961, commissioner Ford Frick announced that unless a player reached at least 60 home runs in 154 games — the parameters under which Ruth played in 1927 — there should be some special designation in the record books, separating the accomplishments. Frick never formally issued an edict, and eventually that suggestion faded in history; Maris was recognized as the record holder until Mark McGwire passed that mark in 1998. But Frick’s mere suggestion served to unfairly diminish Maris’ accomplishment in the years that followed.

So do not underestimate the long-term impact of a formal censure, because no matter what Jim Crane or anyone else argues about the legitimacy of the ’17 championship, a censure introduced by Manfred and seconded by the players would stand as the final word.