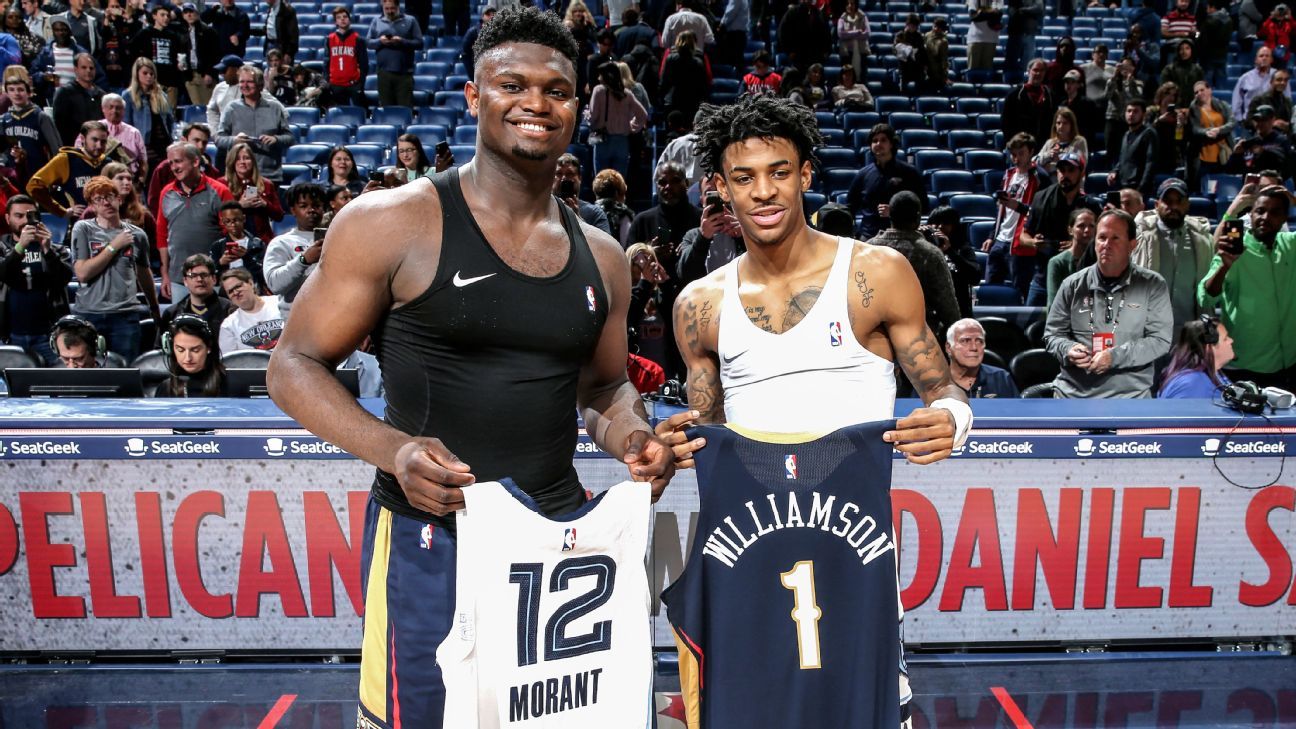 Can LeBron James catch Giannis Antetokounmpo in the NBA MVP race? Who is the favorite to win the NBA Finals? Does Zion Williamson have any chance in the Rookie of the Year race against Ja Morant?

We polled the ESPN Forecast panel of experts for their predictions now that we are two-thirds of the way through the 2019-20 NBA season. The topics include the most likely conference finals and NBA Finals matchups, the best franchises for the next three seasons, the player you’d want most in a championship series and more.

Who is most likely to win MVP?

On a dominant Bucks team, Antetokounmpo is increasing his lead in this MVP race. In December, he took 56.5% of first-place votes here, and now he’s up to 80%.

Who is most likely to win Rookie of the Year?

Morant’s clean bill of health has given the Memphis Grizzlies point guard a nearly insurmountable lead. Can Williamson keep up his blazing start to challenge for the award?

Which team will get the final playoff spot in the West?

The Portland Trail Blazers have gone from playing in the Western Conference finals last season to being on the fringes of postseason qualifying this season. Can the Blazers, Pelicans, Spurs and Kings make a run at the 8-seed?

MORE: Can Zion and the Pelicans push their way into the playoffs?

What is the most likely Eastern Conference finals matchup?

Everyone believes in the Bucks, but the rest of the East has little consensus. In December, 76.1% of our experts had the Sixers here. Now the Raptors have the lead.

MORE: Did the Heat and Rockets trade their way into the title chase?

What is the most likely Western Conference finals matchup?

The two Los Angeles teams still look to be squaring off in the conference finals, but the Nuggets, Jazz and Rockets have retooled their rosters in hopes of challenging the Lakers and Clippers.

What is the most likely NBA Finals result?

The Bucks, on a 70-win pace, are the panel’s leaders to win the NBA title.

Although the Bucks have the best record in the NBA, the panel believes the two Los Angeles squads have a better chance of winning it all come June.

Which player would you most want on your team in a Finals series?

Although Giannis is likely to repeat as the winner of the league’s MVP award, LeBron and Kawhi hold higher standing when it comes to must-win games.

MORE: This NBA All-Star Game showed the power of basketball

Which West team will be the best over the next three seasons?

Note: This vote includes this season.

Kawhi Leonard and Paul George are signed until 2021, but will the Clippers be able to re-sign both elite wings beyond their second season with the team?

Which East team will be the best over the next three seasons?

Note: This vote includes this season.

With Antetokounmpo eligible to sign a supermax contract next summer during free agency, the Bucks hold the poll position. Can teams such as the Raptors and Heat carve out enough space and lure The Greek Freak away from Milwaukee?