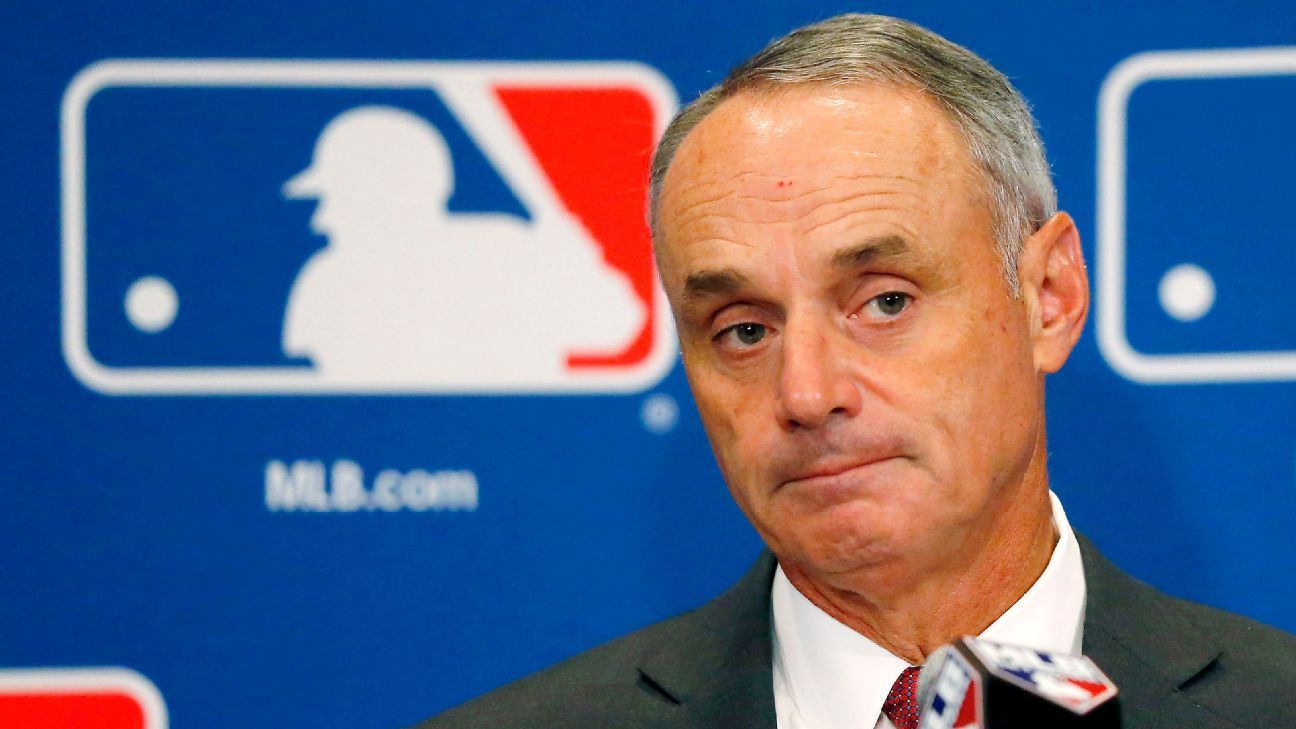 SCOTTSDALE, Ariz. — MLB commissioner Rob Manfred apologized Tuesday for what he called a disrespectful reference to the World Series trophy as a “piece of metal.”

Even before being asked about it, Manfred said he made a mistake with those comments when trying to deliver a rhetorical point in an interview with ESPN two days earlier.

“I referred to the World Series trophy in a disrespectful way, and I want to apologize for it,” Manfred said. “There’s no excuse for it. … It was a mistake to say what I said.”

MLB players, already upset with Manfred’s handling of the Houston Astros sign-stealing scandal and some of his comments in trying to explain it, became further infuriated by his “piece of metal” comment during the lengthy interview with ESPN’s Karl Ravech on Sunday, the same day he spoke in Florida.

While speaking at the Cactus League media day in the Arizona desert, Manfred also pledged Tuesday to protect Oakland right-hander Mike Fiers, the ex-Astros pitcher who became the whistleblower when he went public in November to The Athletic.

“We will take every possible step to protect Mike Fiers wherever he’s playing, whether it’s in Houston or somewhere else,” Manfred said. “Mike did the industry a service.”

The Astros play their first road game of the regular season March 30 at the A’s, who won 97 games each of the past two years to finish second to Houston in the American League West both times.