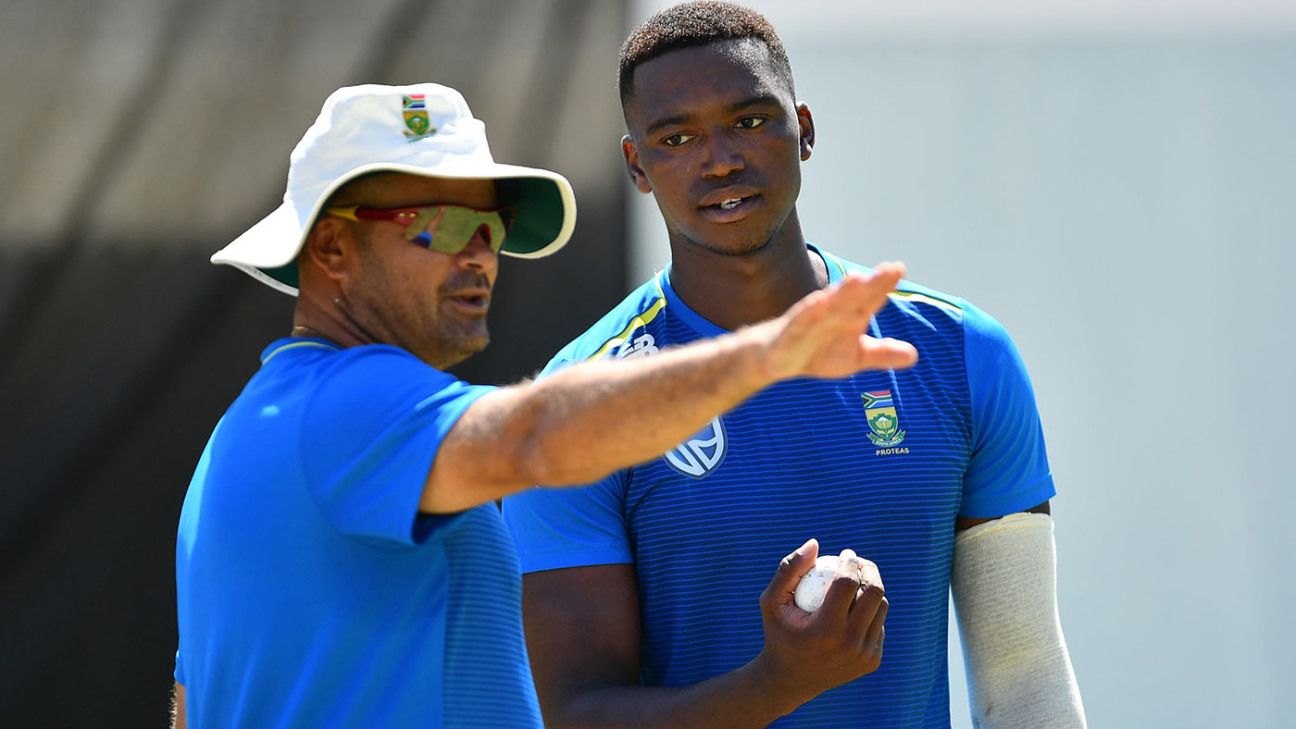 The absence of proper pressure in South Africa’s domestic competitions is leaving bowlers ill-equipped to handle similar situations on the international stage, according to bowling coach Charl Langeveldt.

Speaking three days after Mark Boucher assessed his bowlers’ skill levels as not being good enough following South Africa’s failure to defend totals in two out of the three T20 matches in the recently completed England series, Langeveldt said more practice at franchise level is essential for his young pack.

“It was disappointing, especially with the scores we had. I thought we could have defended that but in saying that, not a lot of guys get into that position in domestic cricket,” Langeveldt said. “It’s a concern for me. It’s not good enough. In World Cups, you are going to get a lot of games like that. And if I look around the country, domestic cricket, the close games aren’t like it used to be.”

The evidence from the Mzansi Super League (MSL), South Africa’s flagship T20 competition, supports Langeveldt’s claim. In 54 completed matches across two editions of the tournament, only three matches have reached their stage where the fielding team needed to defend fewer than 15 runs to win off the last over. On two occasions, they were successful, once in 2018 when Andrew Birch of the Tshwane Spartans ensured they beat the Paarl Rocks and then in 2019, when Sri Lanka’s Isuru Udana gave Paarl Rocks victory over the Cape Town Blitz. While Udana has been in action against India recently, Birch has never played for South Africa despite a strong domestic record.

Instead, it is a new crop of quicks that Langeveldt has been tasked with moulding into death bowlers and the one he sees as best-placed to do the job is no longer in the squad. “A guy like [Sisanda] Magala, from seeing him in the nets, he is the most confident,” Langeveldt said. But uncapped Magala was dropped from the squad having spent the England series working to pass a fitness test that would see him debut. He has returned to his franchise, the Warriors, and was named in their team to play a domestic one-day cup match on Tuesday, which was rained off.

Magala is due to continue working with South Africa’s fitness trainer to meet the team’s requirements and remains a candidate for the T20 World Cup but for now, Langeveldt is looking at Lungi Ngidi and Andile Phehlukwayo to do the job and the latter, specifically. “has gone a bit backwards.” Phehluwayo’s changes of pace used to be key to South Africa’s ability to contain but he has struggled with his consistency.

One of the only ways to improve on that is repetition and Langeveldt is trying to emphasis that. “It’s training. The same way you train bowling length every day, with yorkers you have to train it,” he said. “It’s when to release the ball.”

But even then, bowling in the nets is entirely different to pulling it off in a match, when eyes and expectation are on you and that is something Langeveldt can’t teach. “The big thing is to land it under pressure. You can execute it in the nets but it’s when you are in the game, you need to be able to,” he said. “It’s sometimes difficult to coach that to a guy because he needs to figure it out for himself, once he is out in the middle. You can give him the tools, it’s what he does with them.”

While Langeveldt’s focus is on “mentally preparing” his bowlers, he also hopes the inclusion of experienced players like Dale Steyn and Kagiso Rabada will bring belief into group. Rabada was rested for the white-ball games against England, after being suspended from the final Test, and spent his time at NBA All-Star game in Chicago. He arrived in Johannesburg on Wednesday, “refreshed and ready to get straight back to work,” which is exactly what Langeveldt hoped would happen.

“Renewed focus is a good thing. As 24-year-old playing for your country all the time, you’re always under pressure,” Langeveldt said. “He was our leading bowler for a couple of years and probably still is so hopefully he brings that energy back.”

One thing that is certain is that Rabada will bring intent, especially against Australia. His most recent history with them involved a shoulder-brush with Steve Smith which almost saw him banned for a match in the 2018 Tests series but he successfully appealed the charge. He has since earned a further demerit point for an aggressive send-off which included screaming at Joe Root and entering his space during the Port Elizabeth Test and has promised to contain his passions for the good of the team in future.

But Langeveldt hopes not too much. “KG will always bring that competitiveness. He is competitive by nature. He wants to take wickets and we will definitely use our bumpers,” Langeveldt warned. “But he also needs to control the aggression. Be controlled with your lines, lengths and your bouncer.”