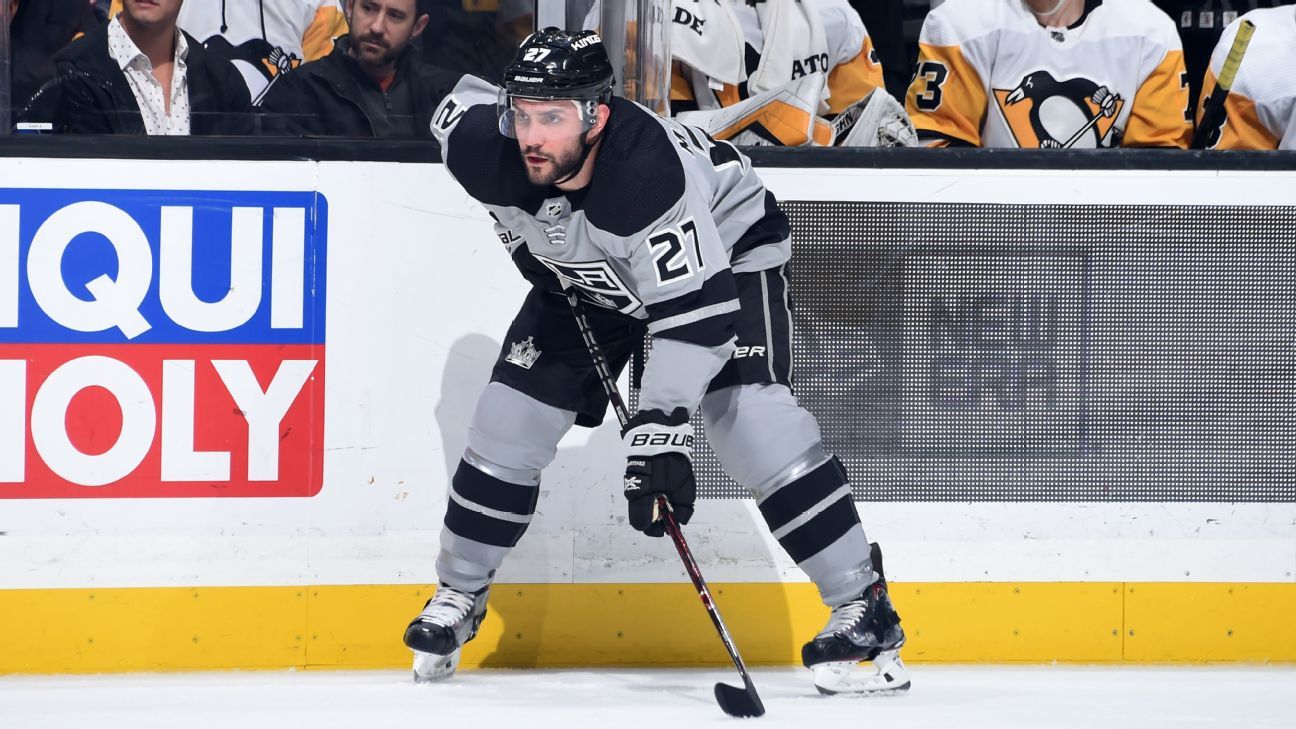 The Vegas Golden Knights have acquired defenseman Alec Martinez from the Los Angeles Kings for second-round draft picks in both 2020 and 2021.

Martinez, who was seen as one of the most desirable defenseman possibly available at the trade deadline, has one goal and seven assists in 41 games this season.

This isn’t just a rental deal. The 32-year-old Martinez is under contract through the 2020-21 season with a cap hit of $4 million.

The Golden Knights are in a fierce battle in the Pacific Division. They are currently tied with Edmonton for first with 70 points, but Vancouver is only a point behind and Calgary and Arizona only two points back.

After going to the Stanley Cup Final in their first year, the Golden Knights lost in the first round of the playoffs last year and are loading up for another run this season.

Martinez was a fan favorite in Los Angeles after scoring in overtime of Game 7 of the 2014 Western Conference finals against the Chicago Blackhawks and in OT in Game 5 of the 2014 Stanley Cup Final against the New York Rangers to win the Kings’ second title in three seasons.

The three players who were involved in the Kings’ Cup-winning OT goal in 2014 have all been traded in the past two weeks. Martinez went Wednesday. Tyler Toffoli, who had the primary assist, was traded to the Canucks on Feb. 17. Kyle Clifford, who had the secondary assist, was dealt to the Maple Leafs on Feb. 6.

Martinez did miss more than five weeks of the season at the end of 2019 after undergoing wrist surgery to repair the radial artery and two superficial radial nerves that were damaged when he was cut by a skate.

The Kings sit in last place in the Western Conference and have the second-worst record in the NHL with 47 points through 60 games.