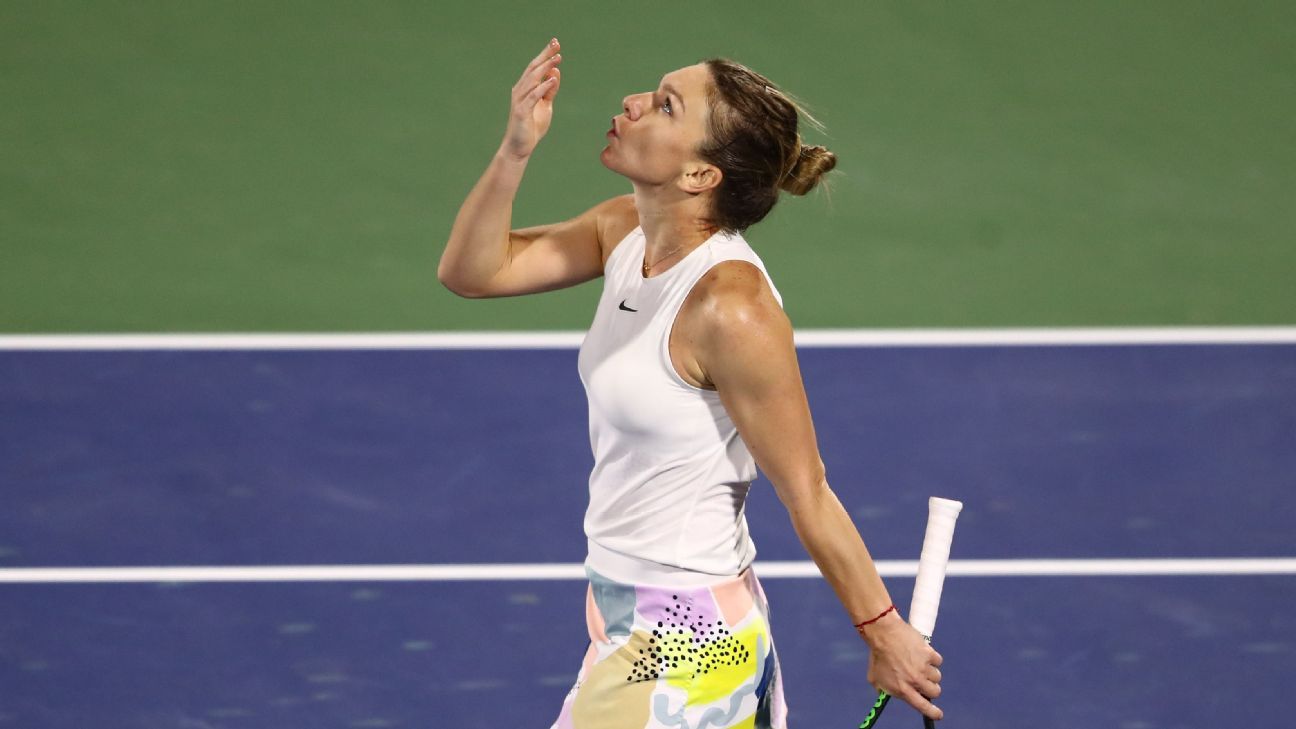 Top seed Simona Halep survived an early scare and saved a match point to beat Tunisia’s Ons Jabeur 1-6, 6-2, 7-6(7) in the last 16 of the Dubai Duty Free Tennis Championships on Wednesday.

Romanian Halep, playing her first match since a semifinal exit at the Australian Open, was rusty in the opening set as Jabeur got off to a flier and the Romanian was visibly frustrated.

However, the world No. 2 bounced back to take the opening three games of the second set and rediscovered her touch from the baseline with powerful groundstrokes that forced Jabeur into errors.

The third set was tight and went to a tiebreak in which Jabeur saved three match points, and created one of her own, before Halep converted her fourth match point to advance to the quarter-finals.

“It was a very tough match, she played really well,” Halep said in a post-match interview. “Congrats to her, I was a little bit lucky to win tonight.

“First match after a long time, (it) is tough to play. I gave everything I had, I just wanted to win the match. I didn’t give up (on) any point, I’m really proud that I fought till the end.”

On the other side of the draw, second seed Karolina Pliskova needed only 67 minutes to advance with a 6-1, 6-2 victory over Kristina Mladenovic.