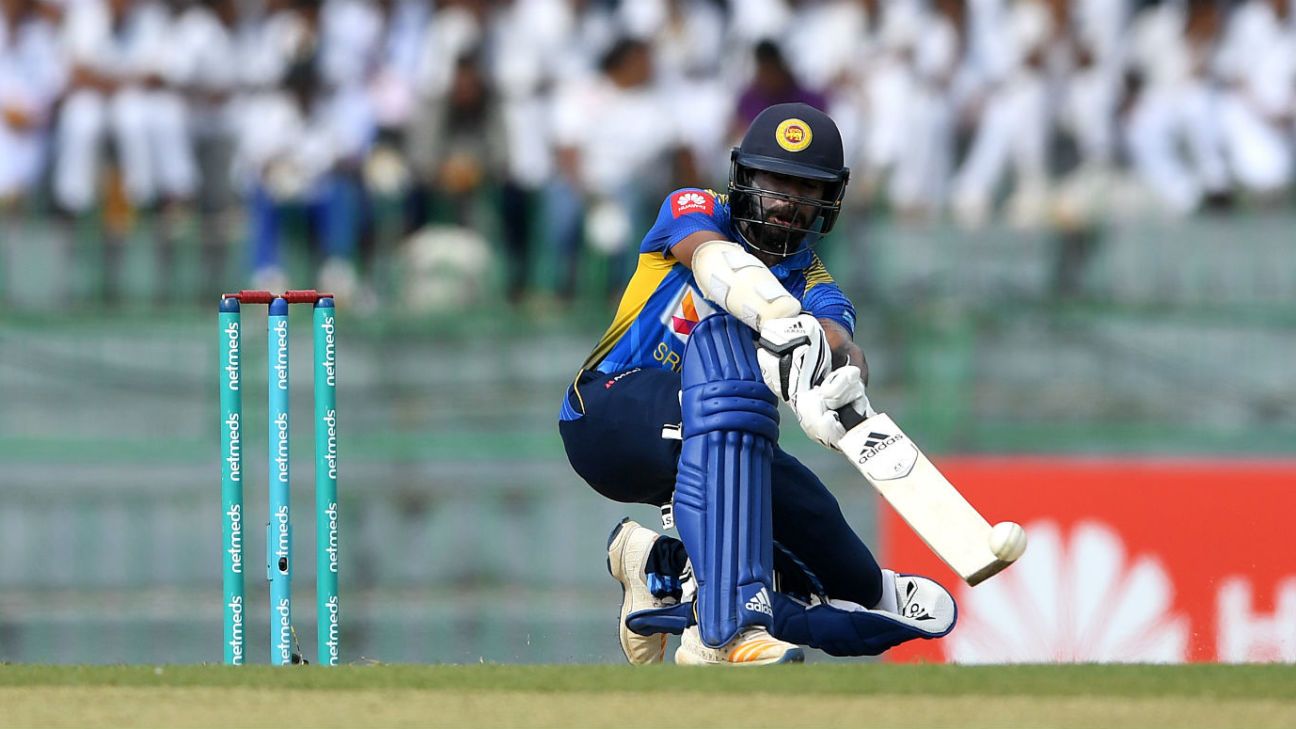 As many as ten players opted out of Sri Lanka’s tour of Pakistan last year, the last time they played ODI cricket, and Sri Lanka have included many of them in a strong squad led by Dimuth Karunaratne, who was one of the players to withdraw, for the three-ODI series against West Indies starting Saturday.

The 15-man squad also sees the return of Niroshan Dickwella, who last played an ODI in March 2019 before being dropped for the home games against Bangladesh in July. He also chose not to travel to Pakistan, as did Kusal Perera, Dhananjaya de Silva, Thisara Perera and Angelo Mathews, all now back in the squad.

Danushka Gunathilaka was the only big name to miss out on selection, an injury forcing the selectors to turn to Shehan Jayasuriya.

Lahiru Thirimanne had led Sri Lanka in the ODIs in Pakistan, but he was not picked for the upcoming games after scoring 36 and 0 in the two completed games in Karachi, both of which Sri Lanka lost.

The three ODIs will be played on February 22 and 26 and March 1 in Colombo, Hambantota and Pallekele respectively, before the teams contest two T20Is.