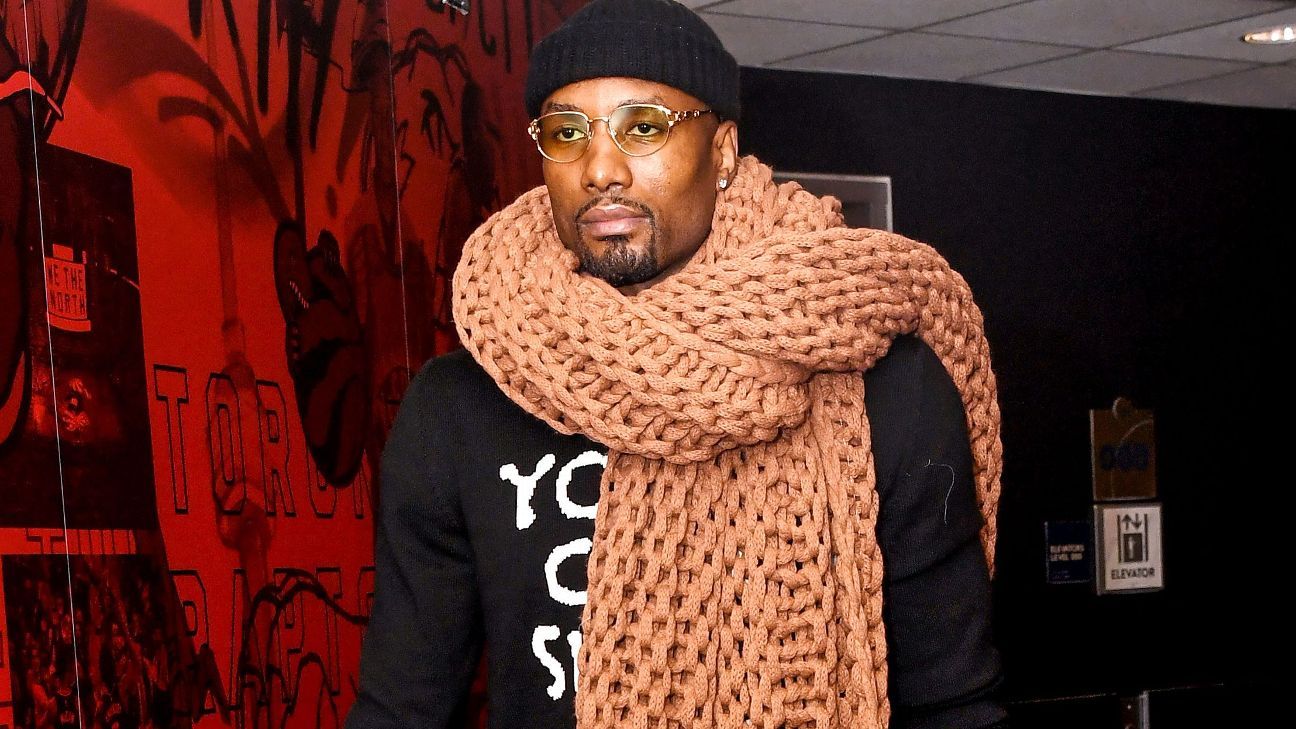 SERGE IBAKA WANTS everyone to know that the scarf — yes, that scarf — is not absurd.

It is not over the top or ridiculous, even though it is so long that it nearly touches the floor when worn by the Toronto Raptors‘ 7-foot center.

Ibaka didn’t set out to be an internet sensation. His goal wasn’t to be the punchline of a joke or featured on a Valentine’s Day card that read: “Serge-ing for a love longer than my scarf.”

But it did take off.

The photo that the Raptors’ team account posted of him walking into the arena in the enormous, pink scarf has garnered over 129,000 likes on Instagram. It has been spun into silly memes and has been featured on nightly highlight shows.

When these Raptors look back on the run they’ve had — 15 straight wins before the All-Star break and 17 of 18 heading into Tuesday night’s matchup with the NBA-best Milwaukee Bucks — they won’t necessarily remember every opponent, every clutch bucket or every team meal.

But they will remember the scarf.

Like Lil’ Kev, the magazine cutout-turned-mascot of the Cleveland Cavaliers‘ 2016 championship season, the Ibaka scarf is a totem that will give Raptors players and fans something to look back on from this improbable run up the Eastern standings.

And it all started with a five-minute FaceTime call.

THE LEGEND BEGAN hours before the Raptors tipped off against the Indiana Pacers on Feb. 5.

Ibaka, two days after his now-viral “What about scarves?” moment alongside teammate OG Anunoby, dialed Empire Customs, Ibaka’s go-to suit shop in Toronto and a 20-minute walk from Scotiabank Arena.

He had a request.

At around 1:30 p.m., Jordi Sanchez, Serge’s manager, marched into the haberdashery with an armful of knitted fabric that resembled a blanket. While most Empire customers consult with the store’s tailors and managers over a glass of bubbly champagne or a creamy cappuccino, it isn’t uncommon for Ibaka to take in his own fabrics with a design already in mind.

After all, Ibaka is a regular there and managing partner Byron Abad estimates that at any given time during the season, Empire Customs is working on 10 suits for Ibaka.

But this was something … different.

Empire Customs’ tailor, Tamim Ahmadyar, can typically be seen sewing lapels, hemming trousers and nipping and tucking coats to fit just right. He had never before worked on a scarf — let alone one with temperamental loops that threatened to unravel completely with a single wrong move of his scissors.

“This was actually like if you think of your grandmother knitting at the couch type vibe,” Abad said. “We do our best never to say no and say, ‘Come on in and give us a shot.'”

Ahmadyar began by cutting the 2 yards of fabric in half, stitching it up as he went along so that its fragile loops wouldn’t come undone. He sewed the base of the rectangle to the top of it, creating a loop big enough for Ibaka’s 235-pound frame.

By 4 p.m., the scarf was on its way, and less than an hour later, Ibaka was walking into Scotiabank Arena with the fashion statement around his neck. Ibaka exploded for 30 points that night, including a game-winning 3-pointer.

By the time the Raptors put the icing on a 119-118 comeback win over the Pacers that night and extended their winning streak to 12 games, the scarf was already being meme-ified.

“I didn’t expect that,” Ibaka said. “It surprised me to see it take off. I always do art. That’s the culture I come from — we like to dress nice. It is my thing.”

If you ask forward Anunoby, he will grin and gently double down that he thinks he started the scarf fad, no matter how big a statement Ibaka made.

“I don’t know what he was thinking,” Anunoby said, giggling. “I have always worn scarves. If he wants to say he influenced me, that’s OK. I don’t want any conflict.

“Even though I did influence him.”

AFTER HIS GRAND entrance made headlines, Ibaka started paying the scarf game forward to his teammates.

Ibaka, who serves as a global ambassador for the Canadian outerwear company Nobis, packed dozens of matching fuzzy, orange-and-green camouflage print scarves (250 Canadian dollars each) aboard the Raptors’ plane from Minneapolis to Brooklyn, New York, on Feb. 11.

“Big Scarf Energy” — the rallying cry of their winning streak — was born.

The coaching staff got scarves. The public relations staff did, too. Even the team’s trainers and doctors were hooked up by Ibaka — all given the same 6-foot-long scarves as basketball players, even if they were significantly shorter.

“It’s the biggest scarf I’ve ever seen,” head coach Nick Nurse said. “I dozed off on the couch and I used it as a blanket.”

Ibaka’s gift hasn’t been adopted by all the players as cherished pieces of their wardrobes. The scarf didn’t make the trip with Rondae Hollis-Jefferson when he ventured to Chicago during the All-Star break, and Kyle Lowry fears that in the hustle of moving from city to city he might have accidentally left his on a team bus.

But the point of the scarves wasn’t to make them a nightly staple. Toronto has taken injury blow after injury blow this season. Despite spells without many of the team’s top players and even though reigning Finals MVP Kawhi Leonard left for Los Angeles in the offseason, the Raptors have trudged on. The scarves are a reminder of the bond that helped keep this team in contention.

“It is just to create good vibes on the team,” Ibaka said. “We need that. We have been playing so well — it is always important to keep that chemistry and that joy in the locker room.

“To me, it was the perfect moment to do that.”