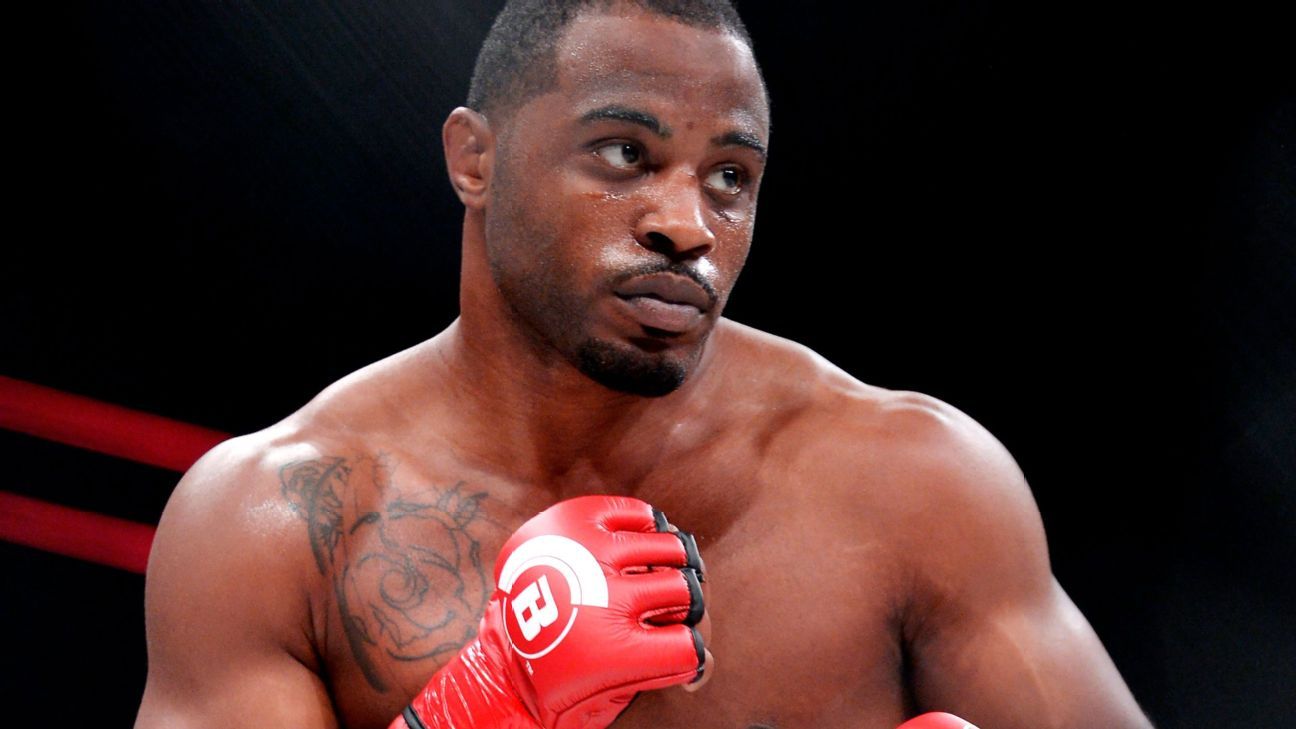 Undefeated MMA heavyweight Tyrell Fortune faces the stiffest test of his career on Friday, when he meets 10-year veteran Timothy Johnson at Bellator 239 in Thackerville, Oklahoma. Fortune, 29, is one of Bellator’s most promising prospects. A former NCAA Division II national champion wrestler at Grand Canyon University, Fortune (8-0) has recorded finishes in six of his eight professional fights, including his past four. He trains alongside Bellator’s two-weight champion, Ryan Bader, in Tempe, Arizona.

Fortune believes he carries a unique perspective on life and not taking opportunities for granted, which comes from a 2012 near-death experience during his amateur wrestling career. As Fortune prepared for a significant landmark in his MMA career, he recalled that experience with ESPN’s Brett Okamoto.

Editor’s note: Fortune’s recollection has been edited for clarity.

This is one of those stories that happens to you, and you almost think it didn’t. I tried to forget about it for so long … because it seemed so far-fetched. Like, “Man. I died. Everything was over for a second, and I came back to life.”

And it really changed my perspective of life in general and how I view just living life on a day-to-day basis. When you’re in a situation like that, you really start to look at your values as a person, and you see what’s important to you, because it was all self-inflicted.

It was just after my junior-college season, and I wasn’t a big heavyweight. I averaged around 220, 230 pounds. That’s in the middle of two weight categories. International weight classes are 211 and 265 pounds. I’m at 230. I’m like, “I can either give up this 30 to 40 pounds, or I can cut weight and be bigger than everybody at 211.” So that’s what led to the decision to cut weight.

I just went about it all wrong. I started cutting the week before. Six days to lose 27 pounds. I started barely eating or taking any water. I gave myself a bottle of water, a grain bar and a cup of mandarin oranges. Those were my meals. Three of them per day. And my goal was to lose 5 to 6 pounds in a workout and go to sleep.

After I got done cutting as much as I could and running my muscles out, I couldn’t run anymore. I was still about 5 pounds overweight. I heard about this rubbing alcohol Epsom salt bath that you take in hot water that will just pull the water out of you. So I did that in my hotel bathroom, with my girlfriend at the time and one of my best friends. I took the bath and ended up coming out like 0.6 pounds over still.

I went to weigh-ins, and it was about 20 minutes before weigh-ins started. My coach was sitting there telling me, “Come on. Don’t break. Don’t be a b—-. You wanted to do this. You’ve already cut 25 pounds. Don’t let this last pound stop you.” So he’s saying all these motivational things, and I’m running, I’m doing another lap, and I’m like, “Yo, Coach. Something’s wrong. I’m telling you.” And he’s like, “Dude, that’s just your mind playing against you. Don’t listen to it.”

So I hit another lap, and I come back around, and I said, “No, f— you. Something’s wrong. I need water. I’m telling you. Something is about to happen.” One person is in front of me in line for the water fountain, and my coach is sitting there, and he’s literally telling me, “You’re gonna break? You’re gonna drink water like this?” This person moves, and I push the water fountain and start to drink and just fall straight back. I started foaming at the mouth. I’m having a seizure.

The scariest part about the situation is that I could physically hear and see everything, but I couldn’t control my body. I start seeing white foam, and I’m just thinking, “I’m dying. I’m about to die.” I can see my coach over me, bawling, “Please don’t die! Please don’t die!” He’s in tears, and I’m thinking, “Well, it don’t matter now. I’m dead.”

The next time I wake up, I’m in an ambulance. It’s me, my girlfriend and the guy in the ambulance, and he’s telling me, “Your organs are failing. You completely dehydrated your body. Your liver and heart are stopping every time you pass out. We’ve hit you with the defibrillator already to bring you back. Try to stay awake.”

I panicked right away, anxiety attack, pass right back out.

That is when they actually pronounced me dead. At that time, they hit me with the defibrillator four times, and I was nonresponsive. When I woke up again, I was in the hospital, but I was completely covered with a sheet from head to toe. I had been strapped from my forehead, my jaw, my chest, all the way down, to make sure I couldn’t move anymore.

“The scariest part about the situation is that I could physically hear and see everything, but I couldn’t control my body. I start seeing white foam, and I’m just thinking, ‘I’m dying. I’m about to die.’ I can see my coach over me, bawling, ‘Please don’t die! Please don’t die!’ He’s in tears, and I’m thinking, ‘Well, it don’t matter now. I’m dead.'”

I just started freaking out. I started crying. I’m asking this nurse, like, “Can you please unstrap me?” She goes, “We can’t. You keep having seizures. It’s for your own protection.” That’s not what I want to hear. So I start cussing this nurse out. The police come, and they’re like, “OK, let this guy up.”

She lets me up, and I start apologizing to her, but I’m like, “Yo, the last thing I heard is that I’m dying from going to sleep. I keep passing out. I want to sit up.” She starts giving me soda, orange juice, saltine crackers. I’m like, “OK. I think I’m starting to feel a little better now.” And I have another seizure, which ends up being the last one.

They finally get me in a room, and my girlfriend, she was sitting on top of me, just slapping my face every time the heart monitor flatlined. I want to say the entire thing lasted about seven or eight hours. I probably left the hospital around 2 in the morning.

I was born and raised a Christian. I lived across the street from a church since I was, like, 12 years old. But as I got older, I always asked the question, “Why?” So I took a world religion class in college, and I started to question religion a lot. I’m not a religious person at all now. I believe in God, but I do not believe in church. That was my mindset before this event, and then after this event, when I died, there was nothing. There was no light. There was nothing but coldness and emptiness. There was nothing. No dream. It was like you shut down.

I knew I was dead. I could feel that when I woke up. My limbs, everything felt cold. It wasn’t like before. It was different. It was very dark. When I woke, that’s what really changed my perspective.

This is the only life you get, as far as I’m concerned. You don’t have a second chance, so give it everything you have. There’s nothing left after this. This is our one life. This is the only time I have to be Tyrell Fortune, so I can’t waste it.

USFL signee Lemonier, ex-Lions LB, dies at 25
Way-too-early tennis rankings and predictions for the rest of 2023
What to know for Niners-Eagles, Bengals-Chiefs: Score picks, bold predictions, stats to know
Hurts reflects on journey after lifting Eagles to SB
Source: Chiefs TE Kelce (back) expected to play