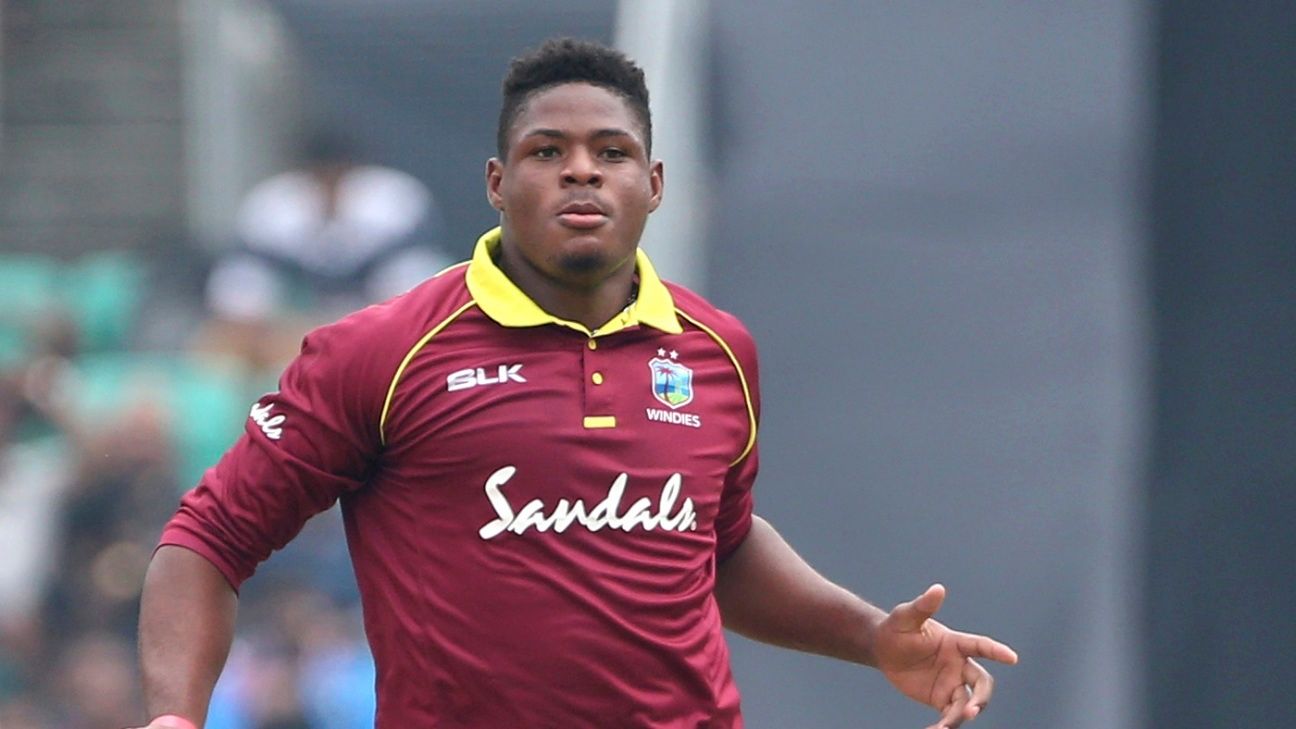 According to a statement by West Indies Players’ Association, he was involved in a two-vehicle collision and was taken to a hospital. Jamaica Observer quoted Thomas’ agent, Mark Neita, saying he was “at home resting” after he was discharged following treatment and scans.

“Thomas was reportedly involved in a two-vehicle collision on Highway 2000 near Old Harbour in St. Catherine and was taken to hospital. WIPA’s executive and staff would like to extend our sympathies to Oshane. We wish for him a speedy and full recovery.”

Thomas, who turned 23 on Tuesday and last played for West Indies in an ODI against Ireland last month, was left out of the squad for the tour of Sri Lanka. He has played 20 ODIs and 10 T20Is, picking up 27 and nine wickets respectively in the formats.