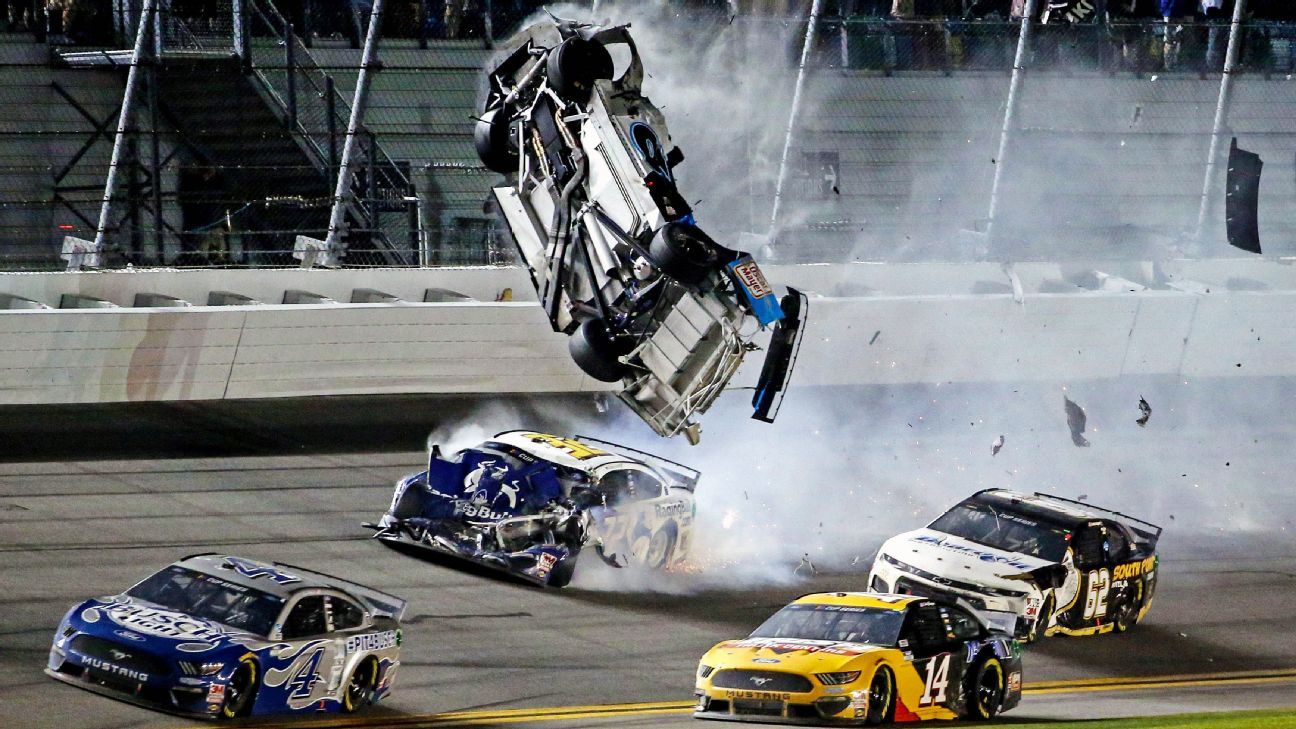 DAYTONA BEACH, Fla. — NASCAR driver Ryan Newman is awake and speaking with family and doctors a day after his horrific crash on the final lap of the Daytona 500.

Roush Fenway Racing released an update on its driver Tuesday, about 20 hours after Newman’s car slammed into the wall at nearly 200 mph, flipped, got T-boned by another car, flipped several more times and skidded to a halt in flames.

Everyone watching feared the worst Monday night and had to wait nearly two hours to learn that Newman’s injuries were not considered life-threatening. The latest update was more good news for the 2008 Daytona 500 champion.

Newman, 42, turned hard into the wall after getting bumped from behind by Ryan Blaney a few hundred feet from the finish line. Newman’s No. 6 Ford then flipped onto its roof, where he was helpless as he was walloped in the driver’s side by another car at 190 mph.

Newman’s car continued to skid upside down along the speedway and crossed the finish line in flames as safety crews hurried to snuff out the fire and cut Newman loose. It took about eight minutes for workers to roll his car rightside-up, and medical personnel used black screens to block spectator views as Newman was placed in a waiting ambulance and taken to Halifax Medical Center.

There has not been a fatality in NASCAR’s elite Cup Series since Dale Earnhardt died in a crash on the final lap of the 2001 Daytona 500.

Nineteen years later, it’s clear that Earnhardt’s death probably saved Newman’s life. NASCAR spent the past two decades working to improve safety regulations by installing energy-absorbing walls around tracks, mandating the use of head-and-neck restraints attached to helmets and continuing to make improvements to the cars.