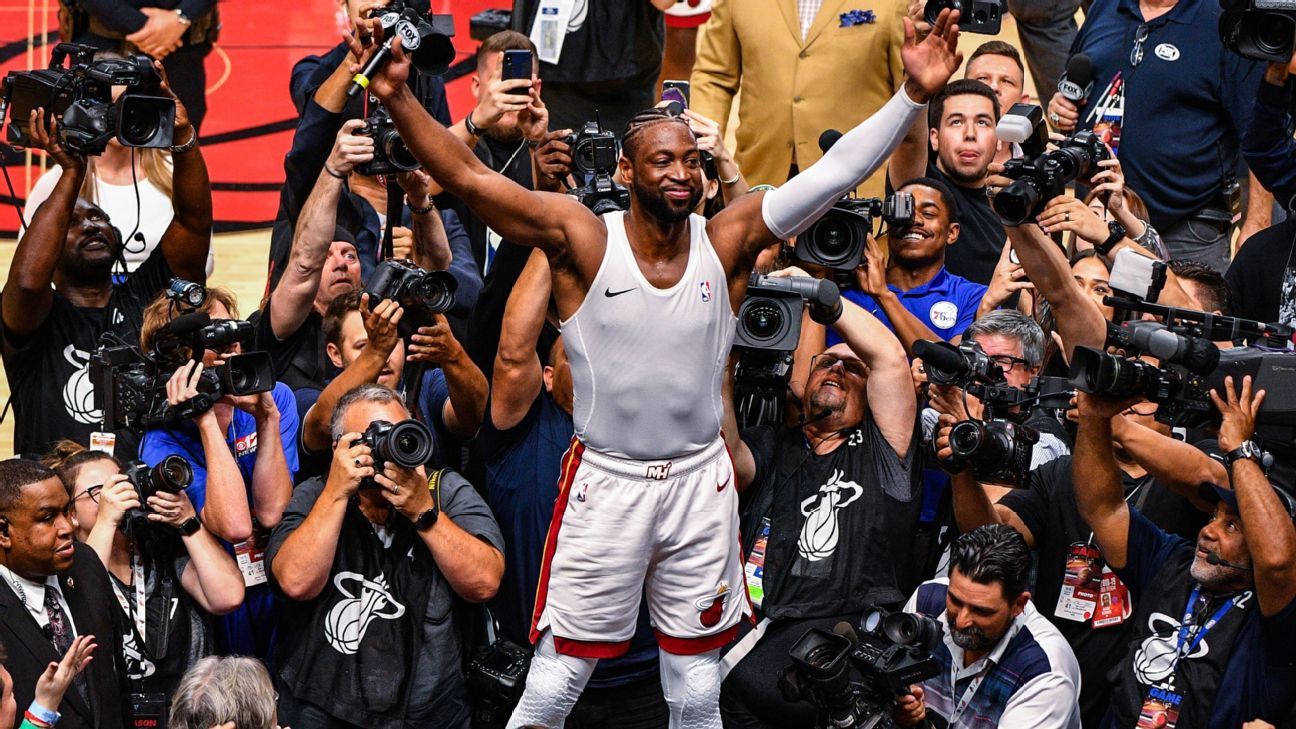 PAT RILEY DOESN’T have many regrets over the course of his career. But one sticks with him: Dwyane Wade‘s departure from the Miami Heat in 2016.

“I was really disturbed by him leaving, and I take full responsibility for that, putting him in a position we should not have put him in,” admits Riley, the longtime Heat president. “The biggest regret that I have and mistake that I made with Dwyane, our franchise guy — who sacrificed, not only gave up money but gave up opportunities with LeBron [James] and Chris [Bosh] here to grow even bigger — is when LeBron left and we maxed Chris with a five-year contract. We should have done the same thing with Dwyane, and we should have given it to Dwyane first.

“We should have just said, ‘LeBron left. Let’s max out these two guys that deserve it. They’ve already sacrificed, and let’s build our team around Dwyane and Chris.'”

Wade was an unrestricted free agent and rightfully wanted the Heat to prioritize him. Instead, the Heat were one of the teams granted a meeting with free agent Kevin Durant. Durant balked at the chance to join Miami and chose the Golden State Warriors. Center Hassan Whiteside also came before Wade.

“I felt my logic was coherent and right,” Riley says, “but for him, it wasn’t.”

“It wasn’t about money. It was about respect.”

On Saturday night, Riley and the Heat organization will honor Wade with the ultimate show of respect — raising his No. 3 jersey to the rafters.

Those who shared in his journey recall the moments that turned Wade into a Miami legend.

“He’s evolved,” Gabrielle Union, actress and Wade’s wife, says, “from a shy boy from the South Side of Chicago to a global citizen.”

BEFORE GUIDING THE Heat to their first NBA title in 2006, before an Elite Eight triple-double performance for Marquette in 2003, Wade was a kid from inner-city Chicago and later Robbins, Illinois, who had only three full and one partial college scholarship offers coming out of high school.

His father, Dwyane Wade Sr., is an Army veteran who pushed his son every day in all aspects of his life. Basketball was no different. If Junior made a mistake on the court, the drilling by Senior would commence on the court in their driveway. The drilling would continue to the satisfaction of the elder Wade or the exhaustion of both his son and the neighbors, who would hear the practicing late into the night.

Those late nights would help him dazzle NBA and Miami fans for a generation. It also helped wow his peers, who got a glimpse just before Wade’s rookie season.

It’s common practice for NBA players to get together and play pick-up games in the summer. One such game was assembled in Chicago in the summer of 2003. The participants included Michael Jordan, Paul Pierce, Antoine Walker, Shawn Marion, Quentin Richardson, Tony Allen, Wade and several other Chicago natives.

It was at those pick-up games that one of Wade’s eventual rivals, Pierce, knew the kid was different.

“He was just fearless,” Pierce says, laughing. “I was like, ‘How is this rookie coming in here and ballin’ like this, when you got all these All-Stars and all-time greats in here?'”

“We got into an Orlando Summer League game versus Cleveland. The game goes to the wire, and like we’ve seen so many times with him, he ends up hitting a game-winner at the buzzer to beat LeBron’s team,” Van Gundy says. “It was pretty clear, in that first Orlando Summer League, that we had a guy who was special.”

For Riley, Game 3 of the 2006 NBA Finals featured arguably the greatest moment he had ever witnessed on a basketball court.

“When we got down by 13 points with six minutes to go in the fourth quarter against Dallas and were ready to go down 3-0 [in the series], that’s when the light came on for him and the rest of us got to witness what a real GOAT is,” Riley remembers.

“We were in a timeout huddle. Dwyane simply said, ‘Bleep this, I’m not going out like this.'”

Wade went on to score 12 of the Heat’s final 22 points in that span to finish off the comeback for Miami.

“What happened was a f—ing tornado for six straight minutes, and we win the game,” Heat coach Erik Spoelstra, then an assistant on Riley’s staff, told ESPN in 2016. “And walking back after, it was like, ‘Jesus, what the f— just happened?'”

From afar, his former and future teammates and coaches marveled at what Wade had just accomplished. Caron Butler, who played with Wade in 2003-04, says Wade “literally became a f—ing superhero.”

“It’s the freaking Finals,” Bosh says. “That’s the stuff that [Jordan] and our heroes used to do. It was incredible. You watch it and you think to yourself, ‘I know that dude. That’s crazy!'”

Years later, Udonis Haslem, now in his 17th season with the Heat, reveals that he now can truly appreciate what had transpired.

“I had an opportunity to rewatch that [Game 3] not too long ago. I was actually texting him, ‘Man, you were so calm and so poised. For how young we were, to play with that kind of poise in the NBA Finals was very impressive,'” Haslem says. “In the moment, I was worried about guarding Dirk Nowitzki. I wasn’t really worried about how smooth D-Wade looked. I’m trying to not get cooked so we can win.”

WADE AND RILEY had not interacted since Dwyane’s departure in the summer of 2016.

Wade went home to Chicago and spent one season there, eliminated in the playoffs in the first round by the Boston Celtics. Chicago then went into a rebuild, and Wade was bought out. He signed with the Cleveland Cavaliers to team up with best friend LeBron James for what ideally would be one more run at a title, but Cleveland underwent a midseason makeover that reduced Wade’s role significantly.

In a full-circle moment, Wade was traded back to the Heat in February 2018. Riley released a statement after the trade that read:

“We feel that Dwyane can help our team in so many ways. It is a beautiful moment for us, for the city and for the fans. All of us embrace it in the manner that we want to win and that’s why we brought Dwyane back home. We look forward to having a great end of season run as we fight for the playoffs.”

Union recalls the feeling when the Wades were returning to Miami-Dade County.

“The family was overjoyed,” she says. “While the city of Cleveland really embraced us and the peanut butter-jelly reunion was fun for a while, the fit wasn’t right and it had become a bad situation without accountability. So ultimately, D was excited to be able to finish his legacy where it all started.”

How did this all happen? 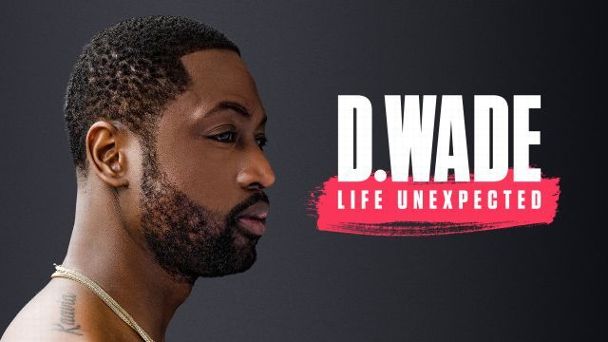 On Jan. 27, 2018, Henry Thomas, who was Wade, Bosh and Haslem’s longtime agent, died. Riley and Hank, as Thomas was known by those closest to him, had a bond that went back to the 1990s, when Thomas represented Heat legend Tim Hardaway.

It was at Thomas’ funeral, Riley recalled, that he and Wade saw each other and embraced.

“So, when we met and I saw him up there, it was like subliminally, we both wanted this to happen. Sometimes things like that are meant to be, and we’re glad he made that decision. That moment might have had something to do with it.”

Haslem believes there might have been some divine intervention.

“Before he actually came back, we would obviously talk all the time. We were talking about an opportunity for him to come back and play in Miami. We didn’t think it would happen that year,” recalls Haslem.

“We were mourning the passing of our longtime agent Henry Thomas at the same time. So, there were a lot of emotions going on. Not even a week later, he gets traded to Miami.”

On Feb. 9, 2018, with 5:19 remaining in the first quarter, Spoelstra signaled to the bench and Wade was back on the floor at American Airlines Arena in a Heat uniform. To no one’s surprise, Miami showered him with love and a standing ovation.

Alonzo Mourning, a former centerpiece of the Heat franchise who left for a stint with the New Jersey Nets, returned to Miami for the final three-plus seasons of his career. Mourning knows better than most what Wade went through.

“The grass is not always greener on the other side. I experienced it firsthand,” Mourning says. “We embraced him with open arms, love and support because he’s family.

“It was only fitting that the last chapter of his career would be in a Heat jersey.”

MIAMI HAS SEEN Wade grow up. He went from a young man trying to create a legacy to someone whose legacy is so cemented, he’ll likely get a statue built outside the arena. His love for basketball, the Miami Heat organization and its fans is always on full display.

However, when asked about the area of most growth, those closest to him all mention the same thing.

“His diet,” Mourning says. “When I met him, all he ate was hot dogs, hamburgers and french fries.”

Riley, for his part, views Wade’s growth similarly to one of the game’s great ambassadors. One that he also had the joy of coaching.

“He’s truly grown in a lot of ways in the 16 years, but the most unique thing about him, he’s as classy a player as I have ever coached.”

Spoelstra says Wade’s impact on the city of Miami, the Miami Heat franchise and the NBA will be everlasting,

“His legacy will live on in my locker room, in my future locker rooms,” Spoelstra says. “I’ll be telling Dwyane Wade stories for the rest of my career.”