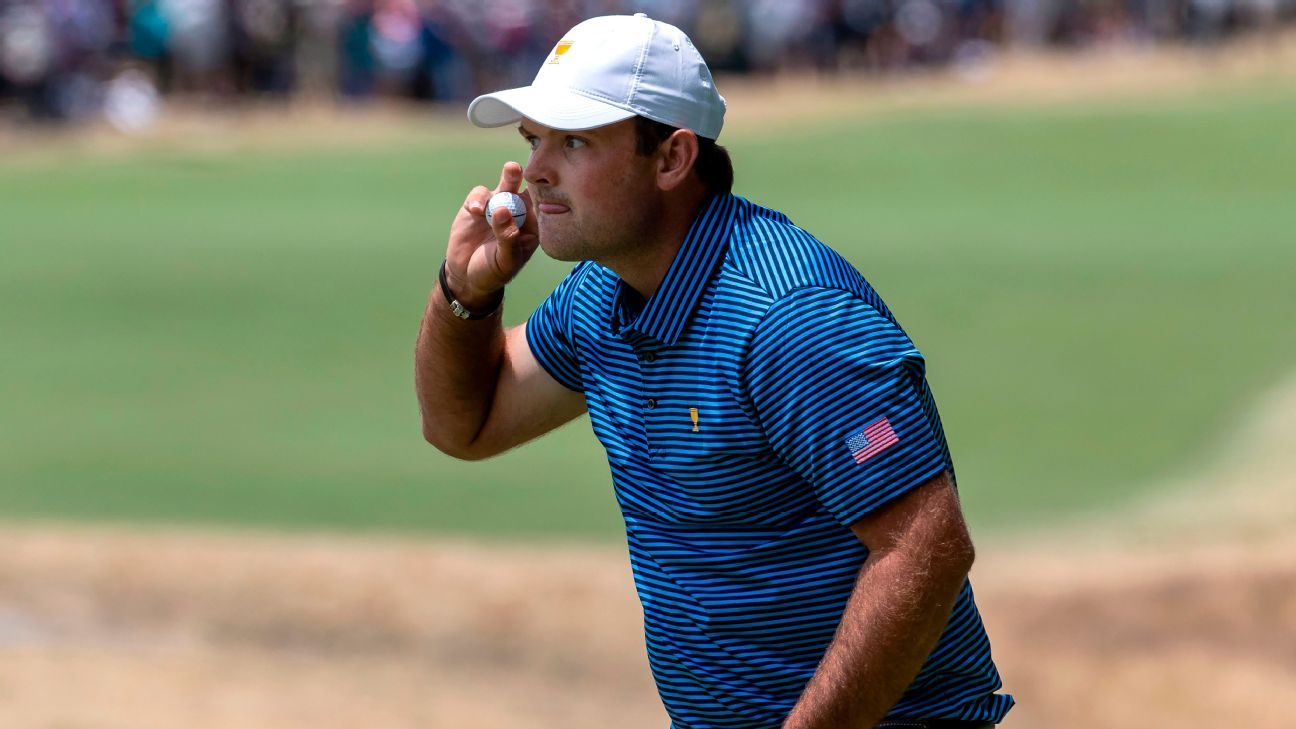 And Brooks Koepka is the latest to strongly weigh in when asked if he felt Reed cheated.

“Uh, yeah. I think, yeah, yeah,” Koepka said Monday in a Sirius/XMI radio interview that covered a range of topics. “I don’t know what he was doing, building sandcastles in the sand, but you know where your club is.

“I mean, I took three months off and I can promise you I know if I touched sand. It’s one of those things where you know, if you look at the video obviously he grazes the sand twice and then he still chops down on it.

“I guess the Astros are going through that right now. [Owner] Jim Crane said it, when he got asked, ‘Is it cheating?’ And he said, ‘No, we just broke the rules.’ … If you play the game, you understand the rules. You understand the integrity that goes on. I mean, there’s no room for it.”

Reed was given a two-stroke penalty during the third round of the Hero World Challenge when he twice took a backswing in a waste area in which sand was displaced behind his ball.

The violation was for improving his line of play.

In the aftermath, Reed faced considerable backlash. He threatened a lawsuit against the Golf Channel’s Brandel Chamblee in the wake of strong commentary from the analyst.

Reed said he agreed with the penalty after reviewing it on video, but that at the time he did not realize or believe he was doing anything wrong.

Koepka said that most rules infractions are difficult to prove. He then relayed a story from an unspecified U.S. Open in which he watched another player hit a drive into 6-inch rough. He then saw that player take out a 3-wood and pat down the grass behind the ball before grabbing a wedge and pitching out down the fairway. (This would be a similar rules violation to Reed’s: Improving the line of play.)

Koepka said to the other player in the group: “That ain’t right.”

But he also didn’t raise the issue at the time.

“It goes on a little bit more than people think,” he said. “I’ve been guilty of it. I haven’t opened my mouth. But now if I saw it, just because of where I’m at in the game, the stature that I have, I would definitely say something.”

Koepka, who is not competing in this week’s WGC-Mexico Championship, did the interview as part of a promotional event for the PGA Championship in San Francisco. He has won the PGA the past two years.

Koepka said he is unsure if he will play in the Olympics.

“Right now, to be honest with you, I’m kind of 50-50,” he said. “I want to do it, yes. I think it would be awesome to do. But at the same time we have majors, WGCs, the playoffs, it’s all kind of … I mean, these [motions to PGA Championship trophy] take it out of me, I’ll be honest with you. You come down and I need two days just to kind of mentally recharge. It’ll be interesting just the timing of it, where it is at. The [FedEx] playoffs are kind of important. I’d like 15 mil. I think that’d be nice. I’d like to be fresh for that.”